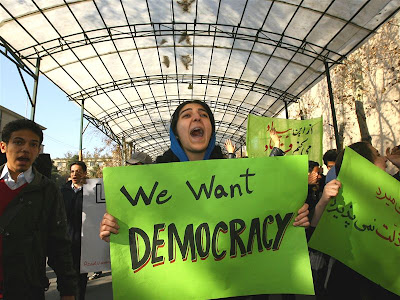 Later this morning the results of the Green Party leadership ballot will be announced. Whoever wins the campaign has been a success, stimulating genuine debate and participation of rank and file members, and attracting coverage of the Green Party in mainstream media. Whatever the outcome the campaign of Romayne Phoenix and Will Duckworth has firmly put the battle against cuts and austerity and the necessity of working  with trade unions on the Green Party's agenda.

The results for the non-leadership positions have already been announced with the left of the Green Party well represented in the election of Derek Wall as International Co-ordinator and Howard Thorp as Campaigns Co-ordinator.

Howard has tabled a motion on Economic Democracy for the upcoming Conference which positions the Green Party firmly to the left of Labour on the economy:

Economic Democracy presents a package of resilient and community-based measures to help prevent a repeat of the financial crisis. Four key remedies will produce greater transparency, decentralisation of economic power, and accountability from corporations.

1.       Accountability will improve by requiring companies to include employee-elected directors and independent directors on to their management board. Not being drive by the profit-motive, they will act to ensure that company policies are taken with the interests of employees and consumers at heart.

2.       Decision making can be decentralised and democratised by giving employees a majority stake in the management of their companies pension funds.

3.       Create a Green National Investment Bank out of one or more of the currently ‘nationalised’ banks to aid funding investment in green technologies, renewable, and energy efficiency programmes.  A Green Bank would serve its customers and not its owners.

4.       Economic decision making can be further localised by granting employees the legal right to buy out their companies and turn them into workers co-operatives. Buy outs would be funded by the Green National Investment Bank.

With voters at local and national elections often spoiling their papers with the equivalent of 'none of the above', readers may be interested to know that the Green Party also caters for them. Every internal election at national and local elections has a candidate called RON. RON stands for 'Re-open nominations' and is an important option, particularly when only one candidate stands for a post.