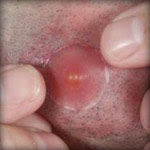 Back in December 2011 in a posting on this blog about the relationship between Gareth Daniel and the then council leader, Ann John, I asked 'Brent Council: Who's in charge?' and questioned the apparent political role that Daniel had adopted. More recently in 'U-turn if you want to-this gent is not for turning'  (July 2nd 2012) I wrote:


The June 21st (Chief Executive's) Newsletter exalts in the close relationship between officers and councillors and gives this insight into Gareth Daniel's view of decision making. It sounds as if he has formed his own version of the 'No Turning Back' group which was formed to prevent any change of mind on Margaret Thatcher's 'reforms'.:


Once any necessary consultation has taken place, we should always move confidently into action mode and when we make a decision we need to stick to it.  Nobody respects an organisation that bends to the demands of every pressure group or the inevitable special pleading of sectional interest groups.

Presumably this is what he is saying to Muhammed Butt, the recently elected  'official' leader of Brent Council.

Now Muhammed Butt, according to the Brent and Kilburn Times (Council at War, front page today), has had enough and has stood up to Daniel.  I understand that that Butt's admirable decision to pay the London Living Wage to directly employed Brent council workers was opposed by Gareth Daniel and was the catalyst for the ensuing row.  The BKT reports that this has resulted in a split 'after a senior Labour councillor tried to put forward a motion backing Mr Daniel and other senior managers in the council rather than his leader' failed.

The 'senior Labour councillor' is not named but I have asked a senior councillor who has been on the frontline of cuts and closures and subject to much public flak, to confirm or deny rumours that he is challenging Muhammed Butt's leadership.

I have had no response as yet.

Meanwhile there will be much activity over the weekend culminating in possible fun and games at Monday's meeting of the full Council.

I am off on holiday tomorrow away from the internet so will miss it all!
Posted by Martin Francis at 13:16:00

LOL Lots
On the same day that the Save Kensal Rise Campaigners Hit their 70k total - Even more to celebrate.
I bet Brent Labour really wish they hadn't closed those Libraries.

Surely a sign that Butt has not been the poodle to Gareth that Ann was! Gareth has to go and take his hypocritical and useless senior management team with him.

The senior councillor and member of the Executive mentioned above has now denied that he is challenging Muhammed Butt for the leadership.

it can only be one person. who was fighting for deputy, so it has to be powney, surely?