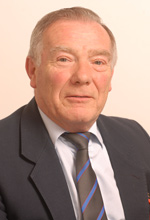 It is refreshing to hear that one of our Liberal Democrat councillors spoke from the heart recently, rather than from the party script, when asked about the impact of the housing and other benefit caps and benefit cuts.

In response to a question from a member of a visiting delegation of Swedish councillors and council official  last week, Cllr Barry Cheese (Lib Dem Brondesbury Park) said.

The benefit caps and cuts will be a disaster for families and in particular children who will be forced to leave their schools. This will cause anxiety to the child who will feel insecure and it will have  a serious impact on their learning ability.   The Government created the Pupil Premium to help these very children and now the children it was meant for won't be there.
Posted by Martin Francis at 18:02:00