What Michael Gove's outrageous academisation programme is doing to my mother

The daughter of a teacher has asked that her Facebook posting on her mother's plight as a teacher be shared widely LINK I publish it here for you to share with others. 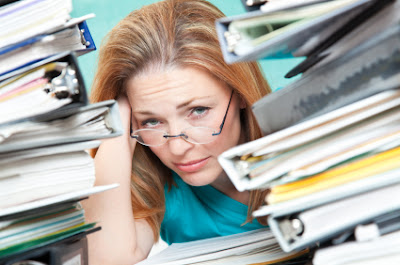 I'm feeling low and a little bit helpless at the really horrible struggle my mum is currently going through. Hopefully she won't mind me posting about this - but I want to put it out there as it's something I really think people should know about.


My mum is a primary school teacher in a state school in Yorkshire, and has been for 20 years. She is a wonderful teacher: caring, committed, enthusiastic, her pupils love her, she has produced countless concerts, plays and choirs that have won national competitions, and has never received anything but very good / outstanding reports from Ofsted inspectors.

Her school is now, it would appear, in the midst of being systematically forced to become an 'academy school'. Academies have been around for a while - originally the stillborn brainchild of the Blair government, they are now being ruthlessly implemented by the self-important imbecile - sorry, 'moderniser' - Michael Gove; a representative of an even more clueless government obsessed with results tables and change for its own sake. But what is most disturbing about the whole pointless affair is not so much the staggering waste of time and resources, as the shockingly corrupt way it is being implemented.

For the first time in the entire history that my mum has worked at her school (which is 10+ years), the school was judged in an Ofsted report as having 'serious weaknesses' (having only ever been judged as good / outstanding prior to this). The headteacher was let go, and an 'executive head' was drafted in by the local authority, a woman who apparently has a reputation for supposedly 'turning around' failing schools (and by this I mean that she clearly deliberately fails them so that she can be seen to have 'turned them around' six months later).

The teachers were all subject to impromptu lesson inspections, and almost EVERY SINGLE teacher in the school, individuals my mum described as 'some of the best teachers I have ever known' were failed. My mum was failed for the first time in her career (Although on receiving this news she rather wonderfully told the inspectors "I don't give a monkey's"). The school has now been given six weeks to 'improve', before the government will come in to inspect them again. The teachers are doing 16 hour days in an attempt to do an impossible amount of work so that they don't fail this second inspection. My mum hasn't had an evening or a weekend off for weeks. She worked all through her supposed holiday last week. She is getting chest pains. One teacher collapsed from stress.

My mum had been planning to retire at the end of this year - this will be her final year as a teacher - what a way to thank her for 20 years of hard work and dedication to the state school system. She has always been an incredibly strong, cheerful, optimistic person, and whenever I speak to her now she talks of her life being a 'living hell' and 'just making it through the next five months'. I have never in my life heard her talk like this.

And all this in spite of the fact that the teachers at her school have been made perfectly aware that when the government come in to 'inspect' the school, they will be doing so with an agenda. That agenda being to turn the school into an academy - as they have done with several other schools in the area.

Essentially, all the work the teachers are putting in will most likely be for nothing, because the government have every intention to fail the school so that they can be seen to 'turn it around' and make it into an academy. It seems to me to be the most ridiculous scam - a con on a national scale which must be happening in countless more schools and which is abusing the time and resources of already desperately over-stretched, underpaid and under-appreciated teachers.

I feel very frustrated at not being able to make more people aware of what seems to me to be a total outrage. I am going to make this post public - please share, and if anyone I know is interested in the story or has any suggestions about how to increase awareness of this please get in touch. Thanks.