Will changes to Brent's Planning Code address the real issues? 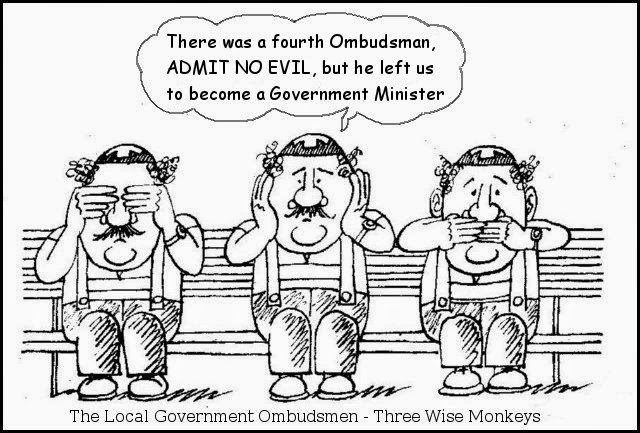 In addition to the constitutional changes already covered on Wembley Matters there are also recommendations for revisions to the Members' Code of Conduct and Licensing and Planning Codes of Practice.

Planning decisions in Brent have been controversial not least because departmentally it comes under the same Director and Lead Member as Regeneration and Growth.  Andy Donald, Strategic Director of Regeneration and Growth has expressed the view that belief that the local authority should have the role of smoothing the way for developers.


The aspect specific to planning identified as benefiting from inclusion in the Code was the position where the Council is the applicant or landowner.

The issue may appear dry and dull but arguably has the most impact on the lives of local people in somewhere like Willesden Green where the Council was giving land to a developer in exchange for the building of a new Cultural Centre and where the Council relieved the developer of any duty to provide affordable housing.

The question is whether the revised code will in any way give residents a voice faced with the Council-Developer combo.

The amendments can be found HERE but I will highlight some of the changes for the benefit of readers so that they can answer the above question for themselves.

Members of the Planning Committee are warned:


If a member does not abide by this Code the member may put the Council at risk of proceedings on the legality or maladministration of the related decision; and the member may be at risk of either being named in a report of the Audit and Governance Committee or Council; or if the failure to abide by the Code is also likely to be a breach of the Member Code of Conduct, of a complaint made to the Monitoring Officer.

The disclosure of 'disclosable pecuniary interests' is added to the requirements and members are told that decisions should not be influenced by the interests of Councillors or because of pressure exerted by applicants, agents or third parties. A new paragraph is inserted:

There is something rather odd about having to take decisions in the public interest but also not being influenced by the public. This is reinforced by the duty to follow the 'rules of natural justice' and give people a hearing:


The rules of natural justice include the duty to act fairly, the duty to give all those who will be affected by a decision the opportunity of a hearing before a decision is made; and the principle that no person should be a judge in his or her own cause. That principle means that members must be and be seen to be be impartial and without bias, and that members should not take part in any decision that affects their own interests.

A section of 'Bias and Predetermination' has been added:


Members should not take a decision on a matter when they are actually biased in favour or against the application, or when it might appear to a fair and informed observer that there was real possibility of boas, or where a member has predetermined the matter by closing their mind to the merits of the decision before they come to take it.

...A member taking part in a decision on a planning matters must be open to any new arguments about the matters up until the moment of a decision. A member should not comment or make any commitment in advance as to how they intend to vote which might indicate that they have closed their mind. Any planning decision made by a member who can be shown to have approached the decision with a closed mind will still expose the council to the risk of legal challenge.

The section on Interests has been amended to allow a member with a disclosable pecuniary interest to have a right to attend a meeting:


...where a member of the public has the right to attend the meeting, make representations, answer questions, or give evidence, then a member will have the same right. Once the member has exercised that right then they must withdraw from the room for the rest of that item and play no further part in the discussion or vote,

At present many planning decisions are made by officers alone but Council members have the power to 'call-in' decisions so that they will be decided by Committee. The Code is amended:


A member considering using the 'call-in' power should consider whether their objective could be achieved by an alternative means, for example by discussing the matter further with the relevant officer or facilitating a meeting between the objector and an officers, bearing in mind the additional cost to the council when a matter has to be considered by Committee.

The key issue of planning submissions where the council is the applicant or landowner is covered by this paragraph:


Where the council itself is the landowner or planning applicant then a Planning member should consider whether he or she has had such a significant personal involvement in advocating or preparing or submitting the planning proposal that the member would be likely to be perceived as longer able to act impartially or to determine the proposal purely on its planning merits. A member would not be required to withdraw simply because they were, for example, a member of both the Cabinet, or a proposing committee, as well as the planning committee, However a member with a relevant portfolio or individual  responsibility for implementing a particular policy should carefully consider whether that role makes it inappropriate for them to participate in a particular planning decision.

Does this sufficiently deal with the wider conflict of interest over the Planning Committee being the judge of the Council's own development schemes?

On the issue of Committee member site visits a paragraph is added:


Members should take care not to show any apparent partiality to people they already know when acknowledging members of the public or applicants that are present. Members attending the site visit should avoid expressing opinions about the application either to another Planning member, or to any person present.

It begins to look like the three wise monkeys would be ideal members of the Planning Committee!

I am sure that a case could be made in terms of freedom to report that journalists are rather more than 'members of the public'.

It is worth including in this report the existing Code in regard to Member and Officer relations which has been an issue in the past:


Any criticism by members of Planning Committee of officers in relation to the handling of any planning matters shall be made in writing to the Strategic Director Regeneration and Growth and not to the officer concerned. No such criticism shall be raised in public.

If any officer feels or suspects that pressure is being exerted upon him or her by any member of the Council in relation to any particular planning matter, he or she shall forthwith notify the matter in writing to the Strategic Director Regeneration and Growth.

A substantial section has been added to the Code requiring Planning Committee members to undergo a course of training on the planning system: