'Nothing About Us, Without Us' - Statement on Brent's Time to Talk 'Extremism' discussion 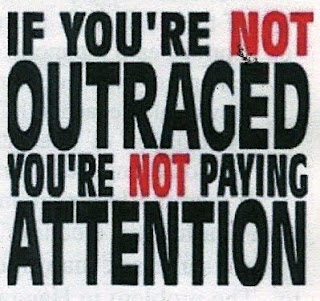 This is the statement that Monitoring Prevent in Brent distributed at Monday's Brent Council discussion on Extremism:

“Nothing about us, without us”

Tonight (3 October 2016) Brent Council is holding the second of its Time to Talk series of events.
The Council believes ‘it is time to talk’. But for two years now, An-Nisa Society and other local organisations have been trying to raise our concerns about the Prevent Strategy and, in particular, the Public Sector Duty, which makes public sector employees liable to prosecution if they don’t report signs of perceived ‘extremism’ or ‘radicalisation’. Almost all of those referred are Muslim, often children as young as 10. Frustrated by months of silence from the Council, we held a public meeting on 10 December 2015.

With the help of Cllr Harbi Farah, we finally met the Leader of Brent Council, Mohammed Butt. Promises made by Councillor Butt to continue the conversation and to take some positive actions have not been followed up. As a result, we released a public statement on Prevent. (http://monitoringprevent.blogspot.co.uk/ ).

Serious questions need to be asked about the purpose of Time to Talk meetings. At the first one in July - a slick, well orchestrated ‘information session’ - we were left feeling that rather than a ‘time to talk’ it was in fact a time to be ‘told’ and ‘to listen’. The purpose of the workshop in the afternoon was unclear: it was really a theoretical tick box exercise. There were more officers and councillors at the meeting than ‘community’ and there was no opportunity to really scrutinise and question.
We view with extreme caution the meeting on ‘Extremism’. The speakers are once again highly qualified individuals who appear to have very little relationship to Brent. The programme offers little or no opportunity for local organisations to raise their concerns freely – the council has requested sending in questions in advance via email before we even hear the speakers.

So, what is presented as ‘community engagement’ and ‘community consultation’ appears to be a public relations exercise by Brent Council designed to validate and implement policies that impact on all our communities without any input from those most affected.

We call on Brent Council to engage transparently with individuals and organisations in Brent affected by government policy on ‘Extremism.’

Statement by Monitoring Prevent in Brent

Apart from An-Nisa, who are these "other local organisations" who are raising concerns about Prevent? Or is it just being blown out of all proportion by one noisy group (who appear to be only two people)? Only six people have signed An-Nisa' s statement - hardly a sign of a community showing deep concern.

What exactly is it you think Brent is doing wrong in safeguarding vulnerable people from being radicalised?