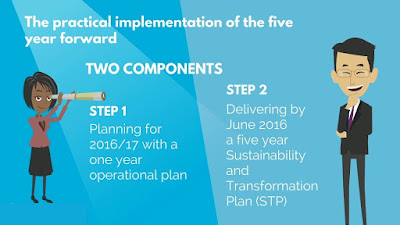 From the official video LINK

The following item is published with the permission of Eric Leach who publishes an occasional Newsletter  researched, written and edited by a group of concerned residents in Ealing, West London who want to preserve our NHS.  HERE