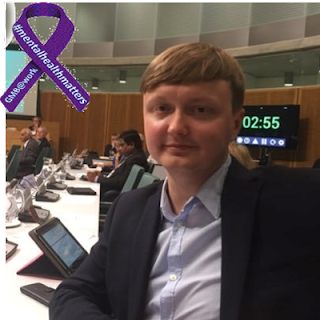 I understand that Cllr Tom Miller is to succeed Michael Pavey as Lead Member for Stronger Communities.

The post covers two major controversial issues among others - Libraries, including Council relationships with volunteer libraries and the Prevent Strategy.

Pavey resigned over policy differences with Brent Council leader Muhammed Butt  over how the Council should deal with government cuts.

Miller is a councillor for Willesden Green and this is his first Cabinet post. I understand that his appointment was acceptable to both factions within the Labour Group on Brent Council and avoided a push for a potentially acrimonious election.

Miller, who in 2014 defeated Graham Durham for the Brent Central CLP Trade Union Liaison post attended the Grunwick Exhibition opening. He was a supporter of the campaign to save the Queensbury pub in Willesden Green from development. He is a former member of the Brent Scrutiny Committee.