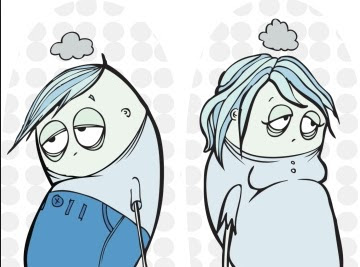 Word reaches me that Brent Labour Group's recent Away Day with senior officers in a Cricklewood Hotel gave some councillors the blues  - and it was nothing to do with the Tories!

Apparently Carolyn Downs, Brent Chief Executive, gave them a pep talk, explaining that it was difficult for her and the officers to work constructively with a Group suffering from such a marked lack of cohesion and goodwill,

An external facilitor worked with the Group on exercises to improve bonding. There may even have been a little mindfulness.

Reports indicate that it didn't work very well as later some critics of Cllr Butt's leadership were allegedly accused by at least one councillor of racial bias against him.

Meanwhile questions are being asked about the £18,000 plus allowance being saved by the non-appointment of a replacement for Cllr Pavey.  Is it going back into Council coffers? When the Cabinet was reduced from 10 to 8 the saved allowances were distributed amongst the remaining members of the Cabinet.  LINK

I am just amazed at the profligacy of spending out on an Away Day when we are told that there is nothing in the coffers for anything and council tax will be hiked up in April leaving some of the poorer residents unable to pay. What was wrong with using the facilities at the Civic Centre and in-house catering used? How much did this little jolly cost?

Re the 'pep talk' I'm reminded of Thomas Carlyle (19th Century) quotation that "if Jesus was alive today he would not be crucified but invited out to dinner and told all his bad points."

Let's be grateful that the Away Day was held locally, in Cricklewood, and not at Satis House in Suffolk. That would have been far more expensive, unless the Council Leader had managed to persuade the new owner of this beautiful country house hotel (an 18th century mansion in 3 acres of grounds) that she should host the event for free.

Why would she do that? Well, Mo could have reminded her that "she owed Brent one", for giving her an undeserved £157,610 pay-off in 2015, which must have helped her to purchase the place.

It was a total farce. Self-congratulatory nonsense from a completely delusional leadership. Oh and the "external facilitator" was a personal friend of Butt.

Was it a political meeting or council business. We need a freedom of info request.,