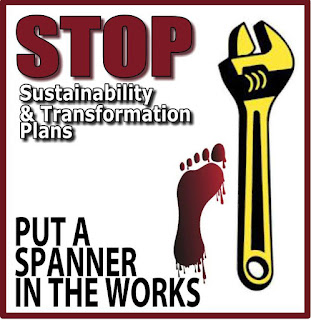 At a crowded meeting in Harlesden, the Labour Party in Brent Central condemned the cuts being made to the NHS services that people in Brent depend on. Labour Party members voted unanimously to call for Brent Council to reject the plans drawn up by NHS officials to reduce hospital services across northwest London.  The motion requested that the Council's Labour Leader, Cllr Muhammed Butt discontinues any negotiations over the Sustainability and Transformation Plan (STP) and any other proposed cuts to the NHS budget.  The meeting also called for unity with Hammersmith and Ealing Councils who have also opposed STP.

NHS bosses across England are required by the Department of Health to produce these plans, known as “Sustainability and Transformation Plans” or STPs. The plans rest on the idea that large numbers of patients could be looked after more cheaply in the community instead of in hospitals. However, doctors at the meeting said that GPs and other community services are already stretched to breaking point and would not get enough extra staff or money to take on the additional work this would involve.

The plans include closing the 24/7 A&E Departments at Charing Cross Hospital and Ealing Hospital, turning them into Urgent Care Centres.

The NHS is already in crisis over long-term funding cuts imposed by the Government, and the plans for further cuts to hospital services are a serious threat to the health of the public, health campaigners told the meeting.

Butt said that Brent Council had not accepted the STP and has demanded assurances on funding and risks from the Government before it could be agreed. Brent Council is currently considering their next steps relating to the plans covering the borough.

At the Health and Wellbeing Board on Tuesday Cllr  Krupesh Hirani said that it was the issue of the adequacy of out of hospital services that kept him awake at night.
Posted by Martin Francis at 10:29:00