Lorraine King announces her departure from the Brent and Kilburn Times

Lorraine King announced on Twitter over the weekend that she will be leaving the Brent and Kilburn Times at the end of this month:


Sad to say I'll be leaving the @bktimes on January 31 after many, many years. I'm really sad to go but as they  say onwards and upwards

Lorraine has been reporter, news editor and digital editor at the Kilburn Times and will be moving elsewhere in Archant.  Her tweet immediately drew tributes from Brent residents' associations, councillors and many  Kilburn Times readers.


Fans will still be able to hear her DJing on Colourful Radio on Saturday mornings. http://www.colourfulradio.com/


Lorraine's strength as a reporter and editor is that she is a Brent local with strong roots in the community and cares deeply about  what goes on in the area.

There have been times when her passion to fight for the community through campaigning articles has not made her popular with the local council (of whatever political hue) but the role of a local newspaper is to help hold politicians to account and that she did well.

These are difficult times for local newspapers and Archant is going through a second round of  restructuring and has reduced reporting staff with more pooled stories and a move towards 'digital first'.  The Brent and Kilburn Times has become thinner and distribution is sometimes patchy but I believe that it is essential that it survives for the sake of local democracy and part of the glue that holds a community together.

Here are some memorable front pages fom the Kilburn Times: 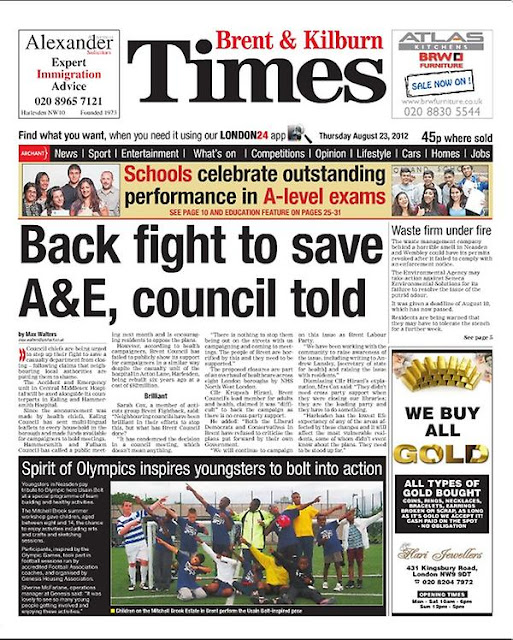 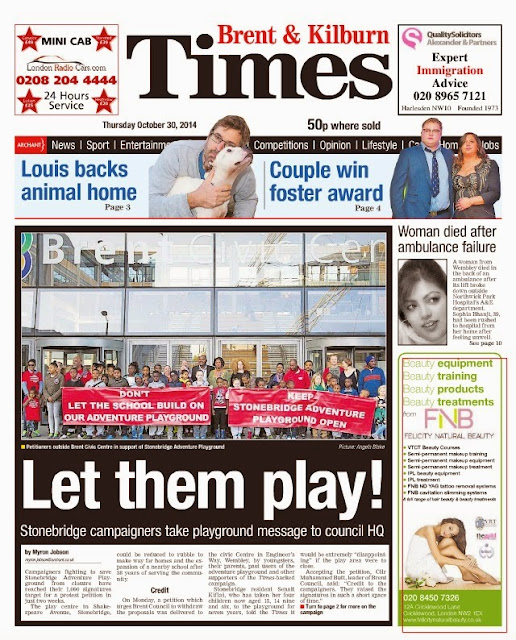 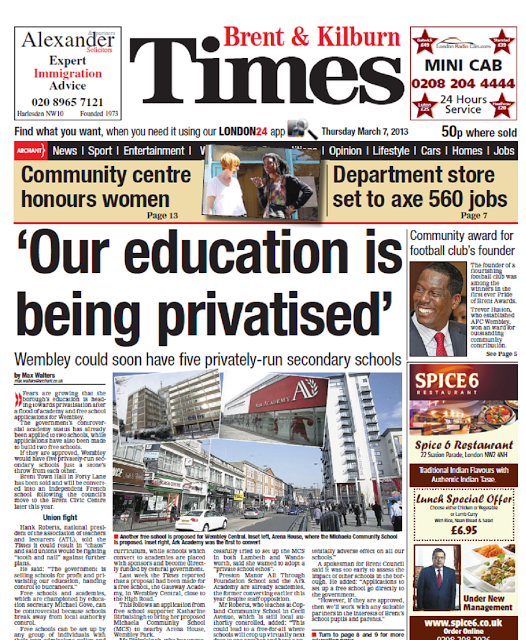 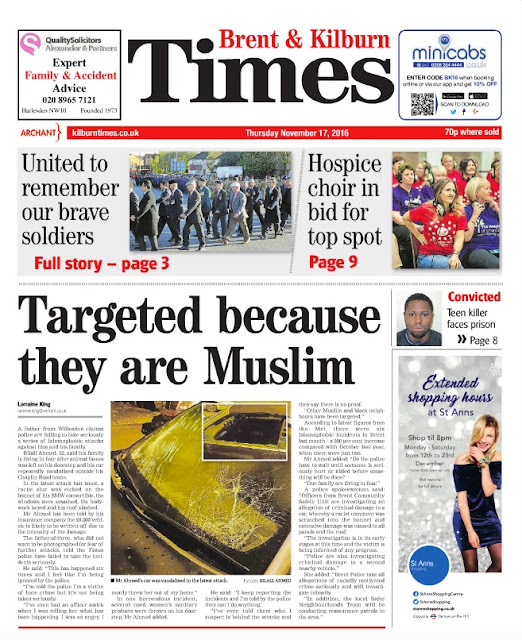 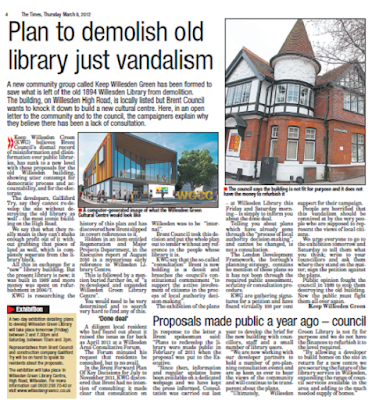 PS Lorraine, I resisted mentioning the shoes.
Posted by Martin Francis at 15:16:00

Read all about
WHEN LORRAINE KING LEAVES THE KILBURN TIMES THERE BE NO INTERESTING NEWS IN THERE. COZ NO ONE AIN'T GONNA WANNA TALK TO ANYONE ELSE EXCEPT OUR HOME GIRL LORRAINE KING

This is the text of an email I have just sent to Lorraine. We will certainly miss her!

I was very sorry to read on "Wembley Matters" that you will be leaving the "Brent & Kilburn Times" at the end of the month.

I have enjoyed reading your articles over the years, from the days of the "Willesden and Brent Chronicle". Since I first got involved in campaigning on local issues, with the fight to save the Victorian Willesden Green Library building four years ago (succesful, thanks to the coverage which you gave!) , I have also come to appreciate the excellent service you have given to the local community, in making people aware of what is going on, and being prepared to fight on the side of your readers.

I hope that you will continue to follow what is happening in Brent during your new role. There is one story you have covered, involving a well-known Employment Tribunal case, and the "disgraced" HR Director, which is not quite finished, and which might still provide some front page news. Following the B&K report about the £157,610 "pay-off" last July, I was one of five "local electors" who objected to Brent Council's 2015/16 accounts. The auditor's enquiries into this matter are still continuing, but there is a chance that the payment may be declared unlawful, or at least that the auditor will issue a Public Interest Report, exposing the wrongs that were done by key figures at Brent in this "very unhappy episode" (as the Council finally described it to you, after a year of trying to cover it up!).

Thanks again for everything you have done at our local paper, and good luck for the future. Best wishes,