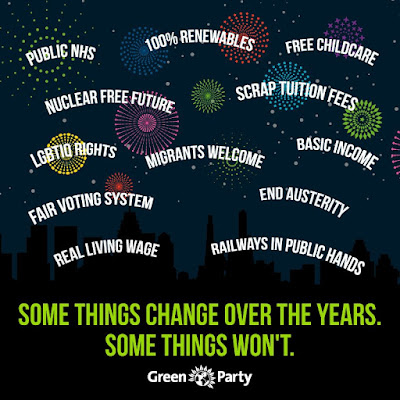 After the controversy over the Green Party's decision not to stand in the Richmond Park by-election there has been an ongoing debate in the party about the pros and cons of a progressive alliance. Local parties are autonomous and it is their decision on whether to stand a candidate.

The Green Party will contest the Copeland by-election on an anti-nuclear and anti-poverty campaign.

Members of Allerdale and Copeland Green Party made the decision to stand last night (January 12th) at the local party’s AGM and a candidate will be selected on January 24th.


We feel it’s vitally important to offer a vote to those people who want to see a fair and sustainable future for the area.

There are clear differences between us and the other parties and we welcome this opportunity to campaign on our priorities, which include sustainable energy and standing against nuclear power, as well as anti-poverty measures and exposing the lie of austerity.

With Labour looking set to select a pro-nuclear candidate the Greens will campaign for clean power in Copeland.


The Greens are the only party in Copeland campaigning against nuclear power, to defend the NHS and for a close relationship with Europe.

Voting Green is a vote for a renewable energy revolution which would create thousands of jobs in Copeland.

Allerdale and Copeland Greens are dedicated to ending poverty and inequality in their local community and creating a fairer society by putting forward the bold policies we so desperately need.