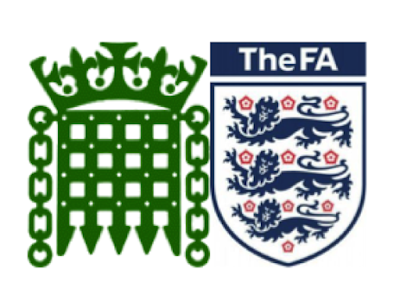 The Culture, Media and Sport Committee has secured a debate on the governance of football governance in the House of Commons.

The debate taking place on Thursday 9 February 2017, starts at approximately 2.15pm and is on this motion:


That this House has no confidence in the ability of the Football Association (FA) to comply fully with its duties as a governing body, as the current governance structures of the FA make it impossible for the organisation to reform itself; and calls on the Government to bring forward legislative proposals to reform the governance of the FA.

The Committee published two Reports in the last Parliament calling for reform of the FA, to allow representatives of fans, women’s football, BAME groups, officials such as referees and the grassroots sport a significantly greater say in the governance of the game, and to give the Executive Directors of the FA greater weight in comparison with the representatives of the Premier and Football Leagues. However, the reforms called for by groups representing the wider game, the Committee, successive ministers for sport and recently, a number of past Chairmen and Chief Executives of the FA, have been ignored by The FA.

Last autumn, the Government published its guidance on best practice in sports governance. It is clear that The FA does not comply with this guidance now and there appears to be considerable resistance to the idea of changing its very out-of-date structure at all. The Committee is therefore preparing a draft Bill to bring the structure of The FA—which is, in legal terms, a company—into line with modern company law.

The Chair of the Culture, Media and Sport Committee, Damian Collins, said:


The current Minister for Sport told the Committee that The FA had been given six months from publication of the Government’s guidance in October 2016 to demonstrate that it was willing to improve governance, otherwise public money would be withdrawn from The FA and distributed to football through other means.

We do not believe that The FA will comply voluntarily: it can survive easily without the Government’s contribution of money to grassroots sport, and there are powerful vested interests that refuse to accept the right of all those involved in football to play a role in the governance of the sport. We are therefore preparing a draft Bill to bring the structure of The FA, especially its Board and Council, more into line with modern company practice and the Government’s guidelines for sports bodies.

Perhaps the House of Commons Culture, Media & Sport Committee should also tackle the Dept for the Environment with regard to the imbalance between building development consents and the requirement of local communities to subdue the loss of recreation facilities to developers?

All too often now, planning refusals led by local democracy are overturned by central government interference. That has serious implications for health, as recreation ground is lost and people get the hint that whatever they want, it will be denied by someone with more financial clout.

and assets of community value like stonebridge adventure playground!