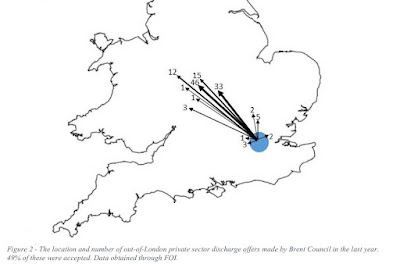 Over the holiday weekend Brent Council has become the focus for attention over its housing policy. A report by Housing Action Southwark and Lambeth claims that Brent Council is one of the worst London boroughs in forcing families out of London: