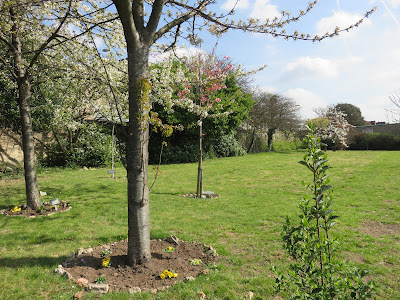 The Lycee Internnational de Londres LINK which now occupies the former Brent (and previously to that Wembley) Town Hall had been criticised by locals for the neglect of the former municipal gardens in front of the building LINK but now seem to have taken action.  The gardens include a number of memorial trees, some to former councillors and others to major world events. Memorials to the latter have been incorporated into the formal garden next to Brent Civic Centre. 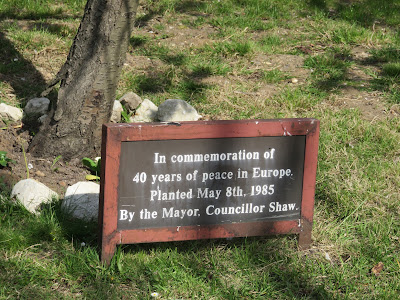 very nice, and can now be seen by all.