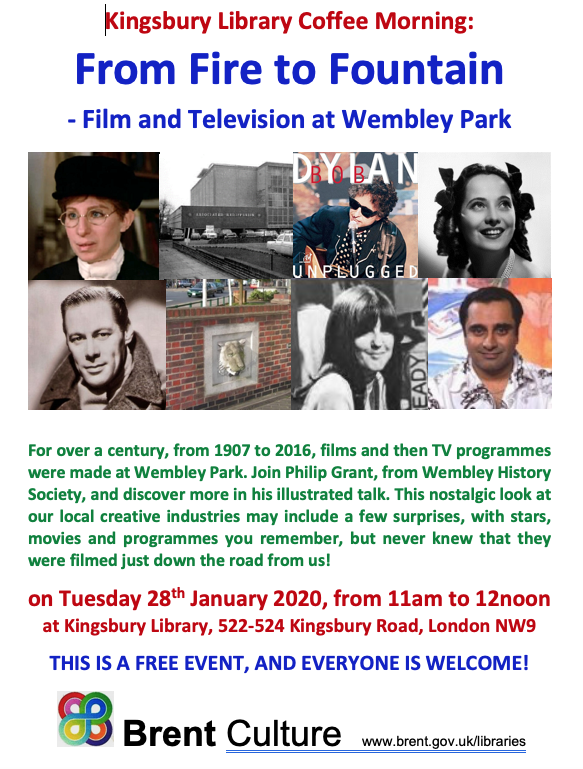 Just over three years ago, I wrote a guest blog bidding “Farewell to Fountain Studios” LINK. Wembley Park had lost an important facility, where films had first been made in the 1920’s and TV programmes since 1955, together with the skilled technical jobs that went into their production.

Quintain had bought the site for redevelopment, but their outline plans for “the Fulton Quarter” have only recently been approved. In the meantime, the former “Studio 5” building (the largest TV studio in Europe, when it opened in 1960) has been converted to a temporary theatre. 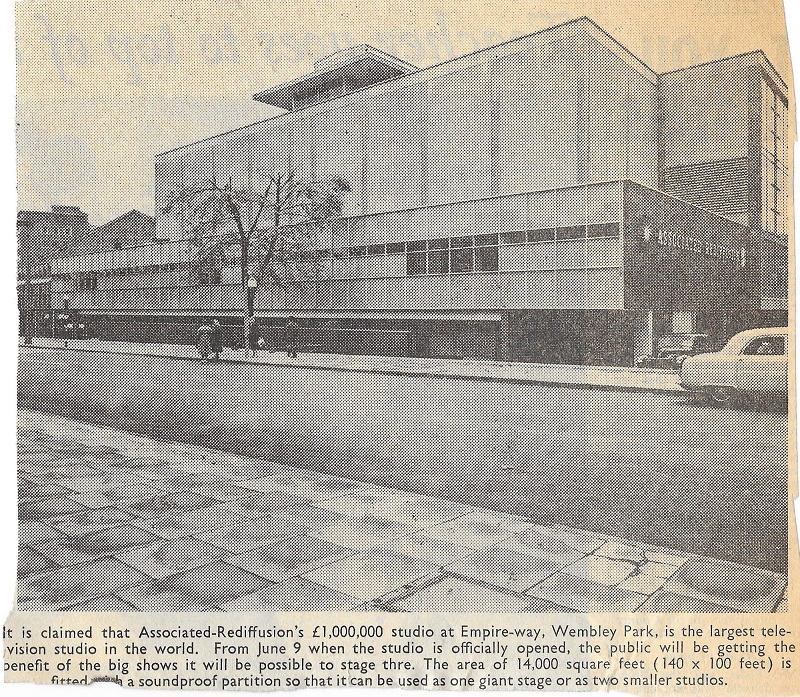 Now you have the chance to see and hear about the long history of film and TV programme making at Wembley Park, in a free talk at Kingsbury Library on Tuesday 28th January, from 11am to 12noon. This will be the first in a new series of “coffee morning” talks at the library, following its refurbishment. Everyone is welcome!

If you have time, and are interested in local history, arrive in Kingsbury half an hour early. This will give you the chance to follow the “heritage trail” along the north side of Kingsbury Road, from the Kingsbury Station bus stop, outside the Aldi store, to Kingsbury Library! LINK