UPDATE: 1 Morland Gardens, Stonebridge – Housing or Heritage? Or both? 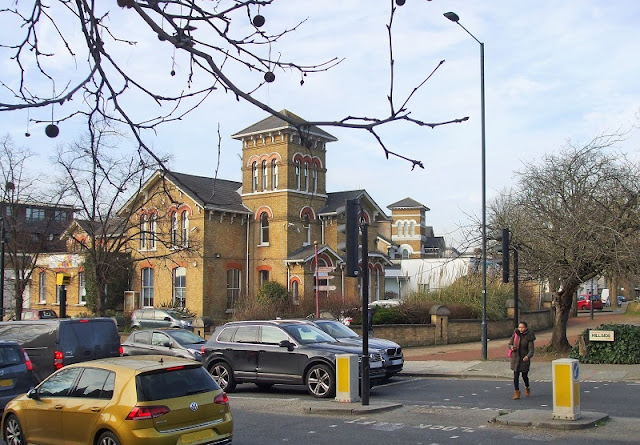 Guest post by Philip Grant, in a personal capacity 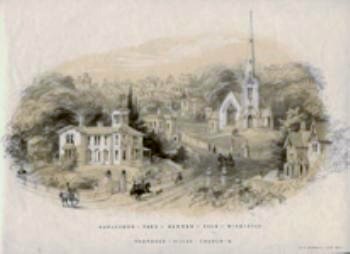 A lithograph used to promote the Estate in the 1870’s. [Brent Archives online image 1776]

The original Stonebridge Park Estate was developed by the architect H.E. Kendall Jr. between 1872 and 1876, to provide “smart new villas for City men”. One of the first buildings, in this new suburb of the village of Harlesden, was the Stonebridge Park Hotel, now a Grade II listed building LINK . At least sixty villa homes were built on a 35 acre site, which benefitted from a nearby station (Stonebridge Park – not the one on the Bakerloo Line!) in Craven Park, on the Midland and South-Western Junction railway, that opened in 1875. The villas were built in the “Italianate” style, which was very fashionable in the mid-Victorian period, following its use by Prince Albert when building Osborne House, Queen Victoria’s holiday home on the Isle of Wight. 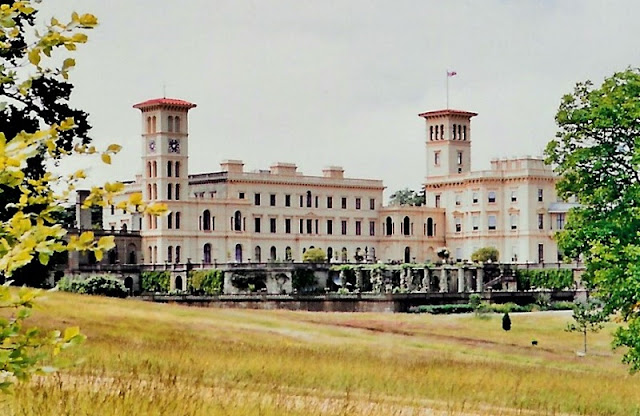 Osborne House, the inspiration for the design of the villas at Stonebridge Park.

The villas in Stonebridge Park had names, not numbers. “Altamira” (now 1 Morland Gardens) was the home of George Hillier, the Secretary to the São Paulo (Brazilian) Railway Company, and his family, plus a cook, a housemaid and a coachman, who lived with his family above the stables at the back. Next door, at “Hurworth” (now called Sankofa House), lived F.A. Wood, who was Chairman of Willesden Local Board (the then Council) for much of the 1880’s. He did much for the local area, and later had a road called after him (if you’ve ever wondered how Fawood Avenue got its name …!). He was also an important local historian, whose collection is now available to see and use at Brent Archives. 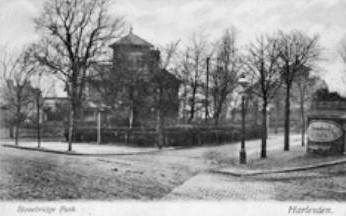 After the First World War, many of the villas were too large to continue as ordinary family homes. By 1926, “Altamira” had become the Services Rendered Club (sometimes referred to as the Altamira Working Man’s Club), with ground floor extensions made over the years to enlarge the bar and provide other facilities. In 1994, the building was converted to become the Stonebridge Centre for Adult Education, and is now the home of Brent Start. “Hurworth” became the Willesden West Conservative Club, and continued this use until around 2000, when, with its Victorian façade retained, it was converted to provide 18 flats. These two, now numbers 1 & 2 in the section of Stonebridge Park renamed as Morland Gardens, are the only surviving Victorian villas from this historic development.

Brent Council’s plan for the site of “Altamira” is: ‘to invest up to £43m to deliver a state of the art adult education centre, 65 new affordable homes, 675 sq metres affordable workspace for start-up businesses from the local community, and a public facing café.’ No one would argue that new Council housing is urgently needed in the borough, and having eleven 4 bedroom maisonettes in the mix (the other 1, 2 and 3 bedroom flats would be in blocks 5 and 9 storeys high) would be a bonus.

But there is an alternative, as the architects were asked to submit two possible schemes, one of which included retaining the Victorian villa, which is a locally listed building. That scheme would provide around 30 homes (with the same 32% of 3 and 4 bed units), and virtually the same extra facilities as the other scheme. In January’s 17-page report to Cabinet by the Strategic Director of Regeneration it only received one short paragraph:

‘3.34 Development options that retain the locally listed building have been explored, but to achieve this, it would considerably reduce the size and viability of the scheme. In summary, retention of the building would deliver half of the proposed new homes (32 less) and 30% less education space.’

Brent’s Regeneration Department has “history” in wanting to demolish heritage buildings! Many of us remember the battles to save the Victorian section of the Willesden Green Library building in 2012. As well as the great effort by the local community, one of the factors that helped to prevent that locally listed building from being knocked down was that it was in a Conservation Area, so would have needed special consent to allow its demolition.

1 Morland Gardens is not in a Conservation Area, and it is more likely that it will be demolished. But that has not stopped Willesden Local History Society from opposing this further example of the disregard of Brent’s heritage by the Council. They have set up an online petition LINK.

‘We, members of Willesden Local History Society, and the local community, petition Brent Council to prevent the demolition of the Victorian villa at 1 Morland Gardens, N.W.10, during the redevelopment of the facilities on the site.

The Victorian building, presently home to the Stonebridge Centre for Adult Education, is one of only two villas, that have survived the developments in the Stonebridge Park Estate, built in 1876, and designed by the important architect H.E.Kendall jr. The house is in the Italianate style popular in the mid-19th century. We should not lose this heritage asset, locally listed, and a valuable part of the Stonebridge scene. This is especially relevant during 2020, when Brent should be leading the way as "Borough of Culture”.’

The planning application for the Morland Gardens redevelopment was submitted in early February, with the reference number 20/0345. It would create a ‘landmark building’, out of scale and style with its surroundings, and particularly with the last the original 1870’s villa, “Hurworth” (now the Sankofa House flats) beside it. 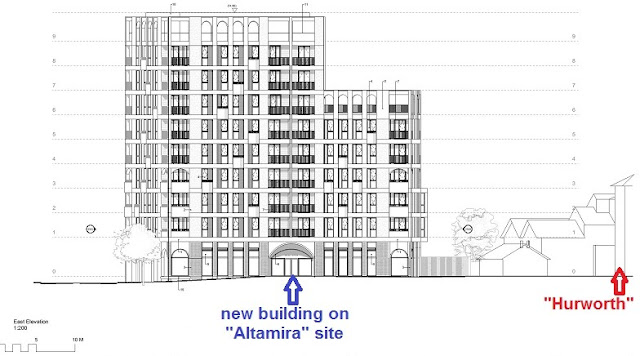 There are already objections to the application LINK . A resident of Fawood Avenue has written:

‘Brent, the London Borough of Culture for this year, cannot be serious to plan to demolish such a glorious building of high regard in Stonebridge. We local residents who live just a couple of [streets] away deserve more than this. The villa must remain and stay twinned with the other villa. They look superb TOGETHER.’ 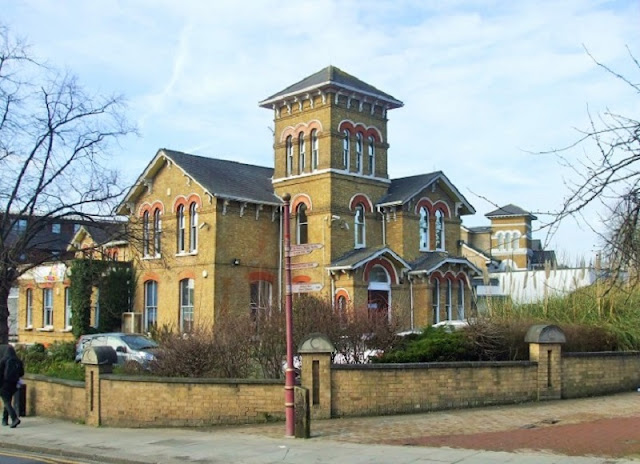 The ‘twin’ villas, “Altamira” in the foreground, with “Hurworth” beyond.

Another local resident has commented, in support of their objection:

‘Preservation of two 1800s villa is part of the real character in the heart of Stonebridge. Demolition is not the answer of these unique buildings in Stonebridge Ward. We may be poor and forgotten by Brent2020 but we are rich in respect of our neighbours, residents and visitors in Stonebridge.’

Given the demand for affordable housing, and the fact that the Cabinet has already given the go ahead for the scheme, it seems unlikely that Planning Committee will not approve the application (perhaps as early as April). There IS an alternative, which could see this heritage building retained, while still providing at least 30 new Council homes, but the Cabinet were not offered that as an option.

I will be joining with those who seek a change of mind, via the petition and an objection comment against the planning application, to argue that you can have both housing and heritage at Morland Gardens. At the very least, if it is decided that “Altamira” will be demolished, I believe that the new development should include a prominent public record that shares the history of the original Stonebridge Park, in words and pictures, so that residents and visitors to the site can still enjoy some of its rich heritage.

A Brent councillor asked on Facebook for evidence on the alternative scheme that Phillip mentions above.  He replied:

The information on the alternative was provided to Willesden Local History Society by Matthew Dibben, Brent's Head of Employment, Skills and Enterprise, following a meeting between them at 1 Morland Gardens on 12 February.  Explaining how the retention of the building was considered, he said that:
'the council asked the architects, Curl La Tourelle Head, to consider two options, one to retain the Victorian villa and another to remove it. Retaining the building meant losing a number of benefits to the scheme.  The proposed retention of the villa in the above plan wraps around 3 of the 4 sides of the villa in order to deliver more floorspace for homes and education use.    It would mean that the view of the villa would only be from Hillside. As highlighted when we met, the real challenge with this site is the central location of the villa so that it cannot be incorporated into the perimeter of the scheme.'
Setting out what the option to retain the villa would mean, he said:
'the following can be delivered in this iteration.
-       Circa 30 homes (with the same proposed balance of 32% 3 and 4 bedroom accommodation)
-       1800 square metres of adult education space split across 3 floors
-       600 square metres of affordable workspace.'
The 32% of around thirty new homes would mean either nine or ten 3 and 4 bedroom flats and/or maisonettes. If councillors want to see more detailed documents and plans about the alternative option for retaining the Victorian villa at 1 Morland Gardens they should ask for these from Amar Dave, Strategic Director, Regeneration and Environment. Amar.Dave@brent.gov.uk