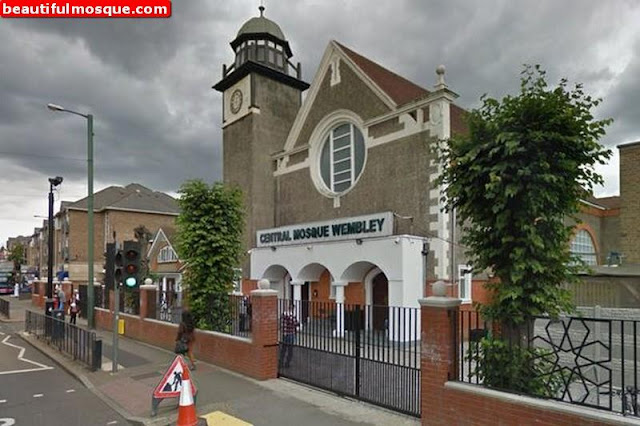 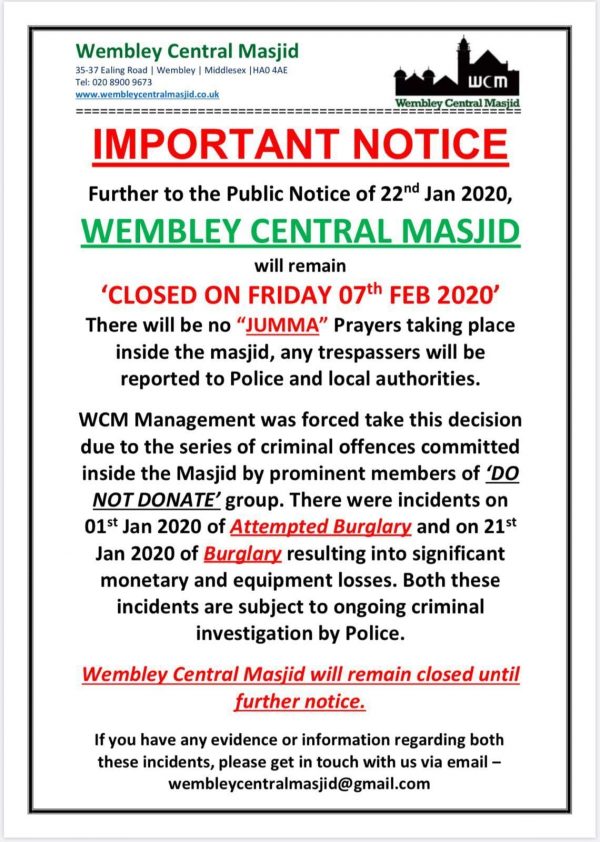 Few passers by would have failed to notice angry scenes outside Wembley Central Mosque after Friday Prayers recently. In fact a conflict has been going on for some time with the DO NOT DONATE group asking worshippers not to make the usual donations to the mosque after prayers following conflict with the mosque committee over the sacking of an Imam, financial issues and attempts to make the mosque more inclusive of Wembley's diverse Muslim community.