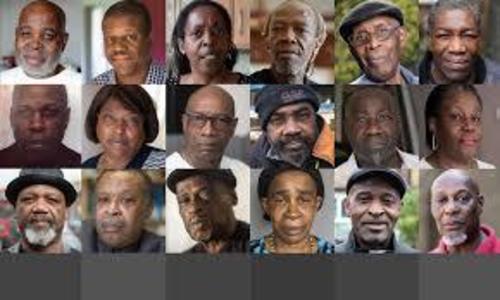 Patrick Vernon has contacted me to ask that I publicise his petition calling on on the Home Secretary to adopt a restorative compensation plan for the victims of the Tories' Hostile Environment regime.

The petition can be signed HERE


To: The Rt Hon Priti Patel MP The Secretary of State for the Home Department

As we approach the 2nd anniversary of the Windrush Scandal in April 2020 we must remember the public support where over 180,000 people signed my UK government petition and 100,000 38 Degree members who also signed petition demanding to establish an amnesty for anyone who was a minor that came to Britain between 1948 to 1973. The media stories of the victims sharing experiences of the hostile environment and the lobbying of Caribbean diplomats and race equality and migrant charities all contributed to a perfect storm to force the government not only to apologise but to publicly humiliated at an international level by causing one of the biggest human right abuses of British citizens since WW2.

In April 2019 the government launched the Windrush Compensation Scheme. There are many thousands of people that have still not come forward to resolve their status as there is still lack of trust with the Home Office and public bodies who implement the hostile environment policy and procedures. In addition, many of the survivors are frustrated with the implementation of the Compensation Scheme. In the Big Issue in 2019 I interviewed several survivors to share their experiences:

Michael Braithwaite who was born in Trinidad but lived in Barbados but came to Britain in 1961. After working for over 15 years as a teaching assistant in a local school in Islington he lost his job as a result of the scandal. After 12 months since the Windrush Scandal he is still traumatised, but he is now sharing his experience at through media interviews, community and trade union events to campaign for justice.

‘Over the last two years my life has been turned upside down . The mental stress and turmoil that caused me I’ll health still impact my daily life. The government compensation scheme has not been fairly documented , it was constructed behind closed doors, no public input and no one to represent the Windrush victims.’

Stephanie O ‘Connor and her siblings are still coming to terms as result of the death of their mother Sarah O’Connor who at the age of 57 died of hypertension in September 2018 as result of the stress involved in losing her job and facing bankruptcy. Sarah came to Britain in 1967 as a six-year-old and worked for most of her life till losing her job in 2017.

‘The Windrush scandal impacted my mum, Sarah not only on her health but emotionally. Before the scandal was exposed, she felt on her own and like she had done something wrong despite contributing to the country for many years. For my mum the compensation scheme has come too late and I’m so disappointed that it is still taking this long for people to get what is owed to them. I just hope that people get compensated fairly for everything that they have been through. This scandal has ruined people’s lives and in today’s world it is terrible that we have allowed that to happen to this extent.’

We now need MPs to lobby Priti Patel MP when it comes to the 2nd Reading of the Windrush Compensation Bill in Parliament in February to make the following amendments for restorative justice and fairness below for proper compensation to the survivors of the Windrush Scandal.

1.The Compensation Scheme needs to be managed by another government department or independent body along the principles of restorative justice and fairness as the Home office is still implementing the Hostile which is a conflict of interest which is clearly inherently racist in nature and breaches the Public Sector Equality Duty.
2. The Home office needs to create immediately easy read and make accessible Windrush Compensation forms application forms for survivors of the Windrush Scandal and community organisations in line with best practice under the Equality Act. The current forms act as deterrent to the vulnerable and family members who are traumatised. In addition, the scheme should not discriminate with anyone who has a criminal record.
3. Home Office to fund community groups, faith and small civil society organisations to support ongoing or planned outreach and advice work intended to help people affected by the Windrush crisis.
4 Anyone that has been directly affected by the Windrush Scandal should have an automatic payment of £10,000 without proving any documentary evidence of hurt or financial loss
5.Remove all tariff and caps on all compensation claims and that all claims to receive interest payment as results of costs incurred for immigration and legal fees on the same basis as PPI awarded by banks for mis-selling financial products.
6. All offer letters for compensation should contain have a full apology recognising the failure of the Home Office treatment as a result of the scandal.
7. It has been estimated that over 500,000 individuals were given wrong official advice regarding naturalisation and gaining British citizenship since the creation of the 1971 Immigration Act. The government needs to issue a formal apology and to repay back with an interest the costs incurred to legal and immigration fees.
8. The government should fund a Windrush Endowment Fund of at least £1 billion to support the preservation and legacy of the Windrush Generation and the history migration. The Fund Provide could provide core funding to organisations like Black Cultural Archives.
9.The current Windrush Day Grants and Memorial Committee which is sponsored by the government department DCLG needs to be an independent organisation like the Holocaust Memorial Education Trust. A £5million to support Windrush Day activities, develop learning resources for schools and to influence the national curriculum.
10. We require a nationally funded health and wellbeing programme programme on post traumatic impact of the hostile environment on the Windrush Generation and their descendant for culturally relevant and specific organisations who can provide range of therapeutic, art therapy and counselling services.