I've had rather a lot of Facebook & Twitter posts advocating a vote for Krupesh Hirani, Brent Labour establishment candidate for the Brent and Harrow London Assembly constituency seat currently held by Navin Shah. Councillors supporting him are not always original in their wording! 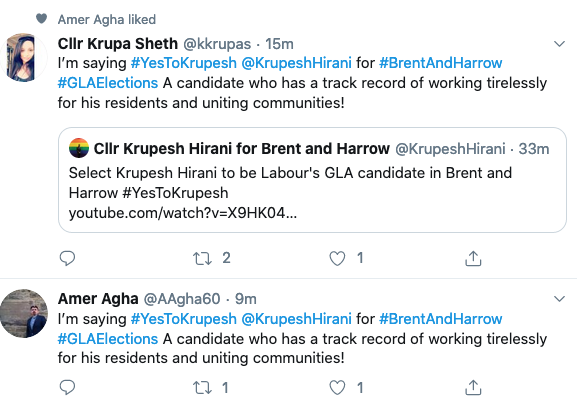 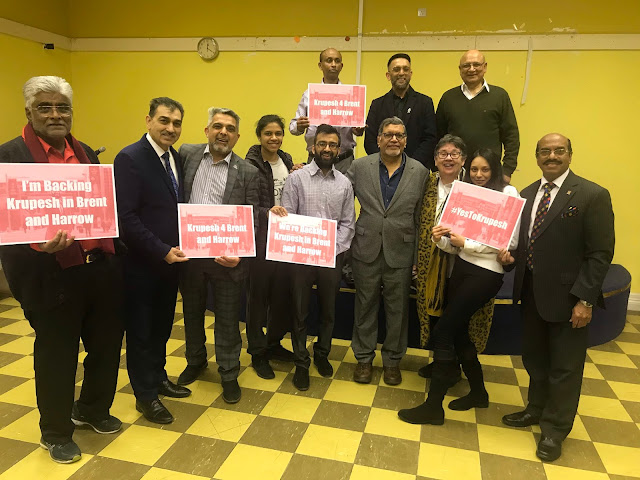 I've had the pleasure of campaigning alongside Krupesh's rival candidate, Aghileh Djafari-Marbini, on Palestine at the Harrow Shopping Centre, and I think she deserves a bit of publicity too: 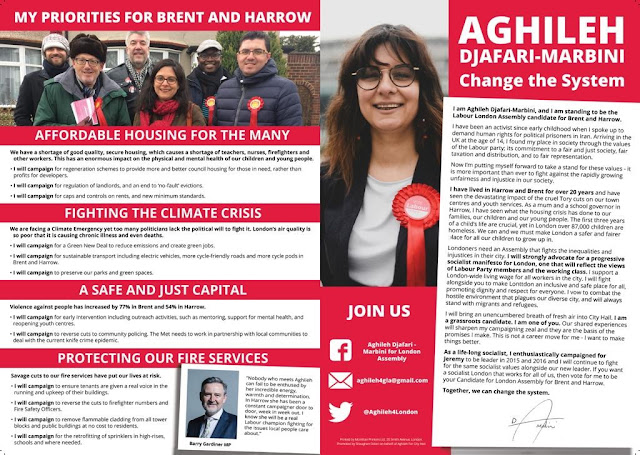 This is what Aghileh has to say:

I am Aghileh Djafari Marbini, and I am standing to be the Labour London Assembly candidate for Brent & Harrow.
I have been an activist my entire life. This began with demanding human rights for political prisoners in Iran as a young child and has continued ever since with my fight for social justice with the Labour Party. As a council candidate for non-Labour ward of Headstone North at the 2018 local elections, we mobilised 50 volunteers to canvass with us, many from outside of the borough, and increased the Labour vote by almost 1000 votes.
Seventy-two of our fellow citizens burned to death in Grenfell Tower and over 87,000 children in London are homeless. The savage Tory cuts have decimated our youth services and damaged our town centres. Now more than ever London needs a City Hall with a socialist vision and the energy to engage people across the city.
As a socialist, mum, school governor, NHS worker and resident of North West London for the last 20 years, I am proud to be endorsed by Brent and Harrow Momentum, and many activists across both boroughs.
Londoners need an Assembly that fights the inequalities and injustices in their city. If you want a socialist London that works for all of us then please vote for me to be your Labour Candidate for London Assembly for Brent and Harrow.
Posted by Martin Francis at 16:57:00