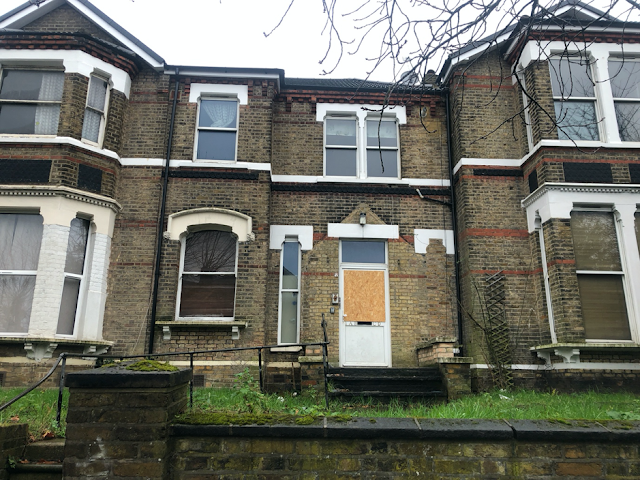 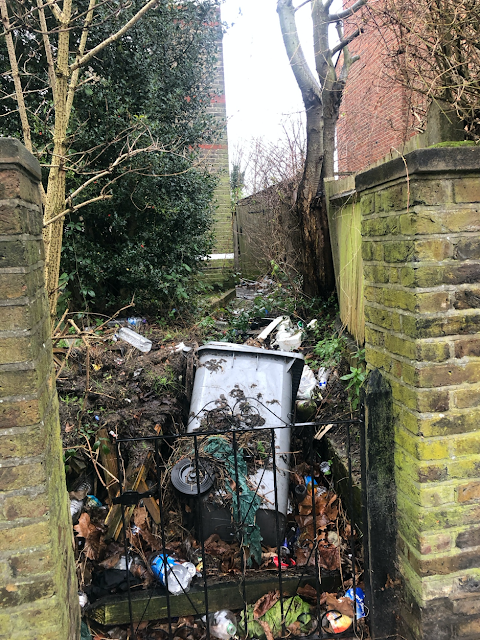 A presentation from Harlesden Area Action put Brent housing chiefs on the spot at yesterday's Community and Wellbeing Scrutiny Committee meeting when the Council was accused of not fulfilling their responsibilities as owners of the Freehold at two properties.

They were told that the example  above was one of many in Harlesden and Kensal Green where Brent was not fulfilling its responsibility to 'keep in repair and proper working order the structure and exterior of residential properties it owns'.

The property with accumulated waste and evidence of rat infestation, was reported in August 2019 but the issue not resolved until January 17th this year.  This meant that Brent Council was not adhering to the duty cited in the Brent Housing Report that 'landlords are responsible to ensure premises are not in a state to be prejudicial to health or nuisance'.

Responding Cllr Southwood, lead member for Housing and Benefits, admitted that the Council needed to be more proactive. They were reliant to issues such as this being flagged up by councillors as a result of residents' complaints, as well as input from Veolia and Streetcare. Improvements were needed in future.

Presenting the Performance Report on Brent Housing Management Cllr Southwood focused on improvements since BHP was brought back in-house in 2017 and Wettons brought in-house later.

There had been an improvement in the speed of repairs and residents' satisfaction with them but more work needed to be done by closer monitoring of Wates, particularly on complex repairs (those that needed more than one trade). The Council hoped that its current review with Wates would result in an an improvement. Wates had been honest about shortcomings enabling things to move forward. There seemed little prospect of this service being brought back in-house.

The Council were introducing a mobile phone App which would enable residents to report repairs 24/7.  Customer satisfaction with routine repairs was currently 83% (72% in last full period of the Brent Housing Partnership) and the Council's aim was to increase this to 90%. Some members of the Committee suggested the target should be 100%.

A puzzling finding was that there was no correlation between 'customer satisfaction'  and  the amount invested in council housing maintenance and refurbishment.

The Committee discussed the importance of hearing residents' voices as part of the Asset Management Strategy.  A 'Customer Panel' had been formed. It was not elected but appointed from volunteers in order to cover a range of tenancies and experience.  They challenged performance and would be involved in considering any changes of policy.  Housing Management were going to suggest that panel members follow a repair through from hearing the initial phone call, going out on the job with Wates, and seeing the repair to completion.

Changes were proposed in broadening the customer survey with a wider range of possible responses and asking tenants and leaseholders how they feel about the service itself.

Councillors questioned progress on Fire Risk Assessments with personal Emergency Action Plans (PEEPs).  The Committee asked for a report back on the 12 week programme that is about to commence to identify needs and review any changes required in the blocks.