Black teachers and pupils and academisation - some issues 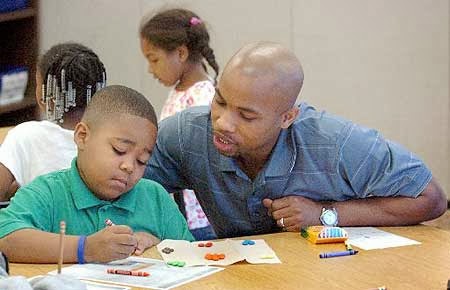 Back in the 1970s/80s I was involved in campaigns against racism in London schools. This had many facets including attitudes towards black pupils, disproportionate numbers of black pupils in SEN and Disruptive Pupils units, ethnic differences in examination entrance, a mono-cultural curriculum and not least discrimination against black teachers.

In this Guest Blog Dalian Adofo looks at current issues regarding the academisation of education:

2013 has been an interesting year for the state of UK education, we have witnessed a youtube video go ‘viral’ laying bare all the contradictions and misrepresentations put forth by the current Education secretary, Michael Gove. There has also been independent production of multiple documentaries highlighting the enforced conversion of many schools into Academies even with resistance by teaching staff and the local communities they serve. In most cases the only justification for conversion to Academies have being that provided by Ofsted after a school inspection.


The resistance to Academies is not so hard to understand, how is education a commodity? The body of knowledge to be acquired can be commoditised yes, but the process of learning as well? It does not take much to realise that we all learn at a different paces based on different cognitive, social and other factors, hence why teachers by default are required to differentiate the learning process to give all students the opportunity to progress sufficiently in their learning.


It is therefore wise that we question the impact imposing targets and performance management directives as tools to measure ‘work efficiency’ will be in such an environment for learning. How will these pressures to perform, part and parcel of the Academies model of education, affect teaching and learning in the long run?               Will teachers be working to ensure they meet targets and keep their jobs or take time out to provide for individual learning needs and requirements, not forgetting the longer hours of work and more paperwork to complete by teachers.


Newspaper coverage from outlets such as the Independent has highlighted the despair and low morale of teachers from surveys carried out by organisations such as the National Union of Teachers (NUT), so the main question is, why is the Government not listening? And is it not obvious who teachers will ultimately be exerting such frustrations on, and will it be a positive impact on learning? I strongly doubt it.


Evidence from the US where the Charter schools model provided the inspiration for our Academies, shows that some of these institutions, usually in highly impoverished inner-city areas, are abandoned within a decade by their investors presumably because their investments has earned returns so it is time to move on.


The other disturbing element to the Academies is the lack of Black (in the political sense) staff in senior management positions and as regular staff. Data from the recent Black Teachers Conference suggests that increasingly, non-White staff are being ‘replaced’ with White peers using the same performance management processes that are meant to encourage ‘efficiency’ and ‘high performance’. Rather bizarre?


It is rather disheartening that one of the stated objectives for introducing Academies is to improve standards in inner-city schools yet there seems to be no impetus to keep staff who best reflect the student demographic itself. It is interesting that every year hundreds of non-white individuals will successfully endure and pass teacher-training courses across the country, yet somehow when on the job they are deemed ‘inadequate’…how is this contradiction being addressed by the Government?


And if indeed, we are to entertain the ridiculous notion that non-whites are somehow inadequate in comparison to their white counterparts, then what measures has the Government introduced to ensure that this section of its populace can excel to the ‘desired standards’ once in employment? From the evidence presented at the conference, such ‘enforced removals’ are not strictly for non-whites either, even though they are in the majority. What measures then is the Government or Ofsted implementing to ensure objective measurement of performance rather than what is seemingly subjective judgments informed by nepotistim and/or favouritism?


Entertaining that idea that social standing, class or ethnicity puts one in better stead to educate children is as elitist as it is racist, and utterly preposterous- certainly not a notion to be entertained in a nation priding itself on its democratic values. What will a person from the leafy suburbs of Windsor have in common with a child from the ‘concrete jungles’ of Stonebridge, Brixton or Tower Hamlets?

How will that individual inspire the child to succeed, where is the area of commonality, shared experience and empathetic understanding of the child’s needs beyond the transference of knowledge?


My PGCE at the Institute Of Education clearly outlined the role other pertinent factors play in learning beyond the acquisition of knowledge- how important ethnic, cultural, religious/spiritual and social factors amongst others, played in motivating children to succeed. How can this vision of ‘raising standards’ for these ‘deprived’ children be realised if the only role-models they can find in their school are the cleaners, janitors and meal staff?

What exactly are we trying to get them to aspire to then- just being white and upper-class as the standard of achievement? Suffice to say, we are no longer in the days of empire, the sun set on it long ago, and for the state of education to be enriching for all, it has to grow to appreciate the important roles varied backgrounds and individuals can play in making it an inspiring experience for all involved in the educational transaction. Whilst all these political, economic and social games are being played, we must not forget the most important factor in all this- the children, and ask ourselves is this the best course of action for their future? Is this the future we want for them?

Readers may be interested in this research about black teachers in the UK LINK
Posted by Martin Francis at 11:08:00

Ark Academies were asked, as part of the ‘consultation’ on their takeover of Copland, whether and to what extent the ethnic balance of Wembley Ark’s teaching staff reflected the ethnic balance of the school’s intake and location. The reasons for the question were made clear and the question itself was unambiguous. No reply to this question was received. What Ark did supply was the ethnicity percentages of ALL staff (teaching and non-teaching) at ALL their schools and, ‘for context’, the figures for all schools nationally (including, inevitably, the likes of Chipping Norton, the Yorkshire Dales, Frinton on Sea and similar teeming inner-city areas). This was an answer, but not an answer to the question asked. Local parents and teachers were left to draw their own conclusions as to why Ark would not give a straight answer.