4,000 petitioners demand that the Queensbury Pub be saved for the community 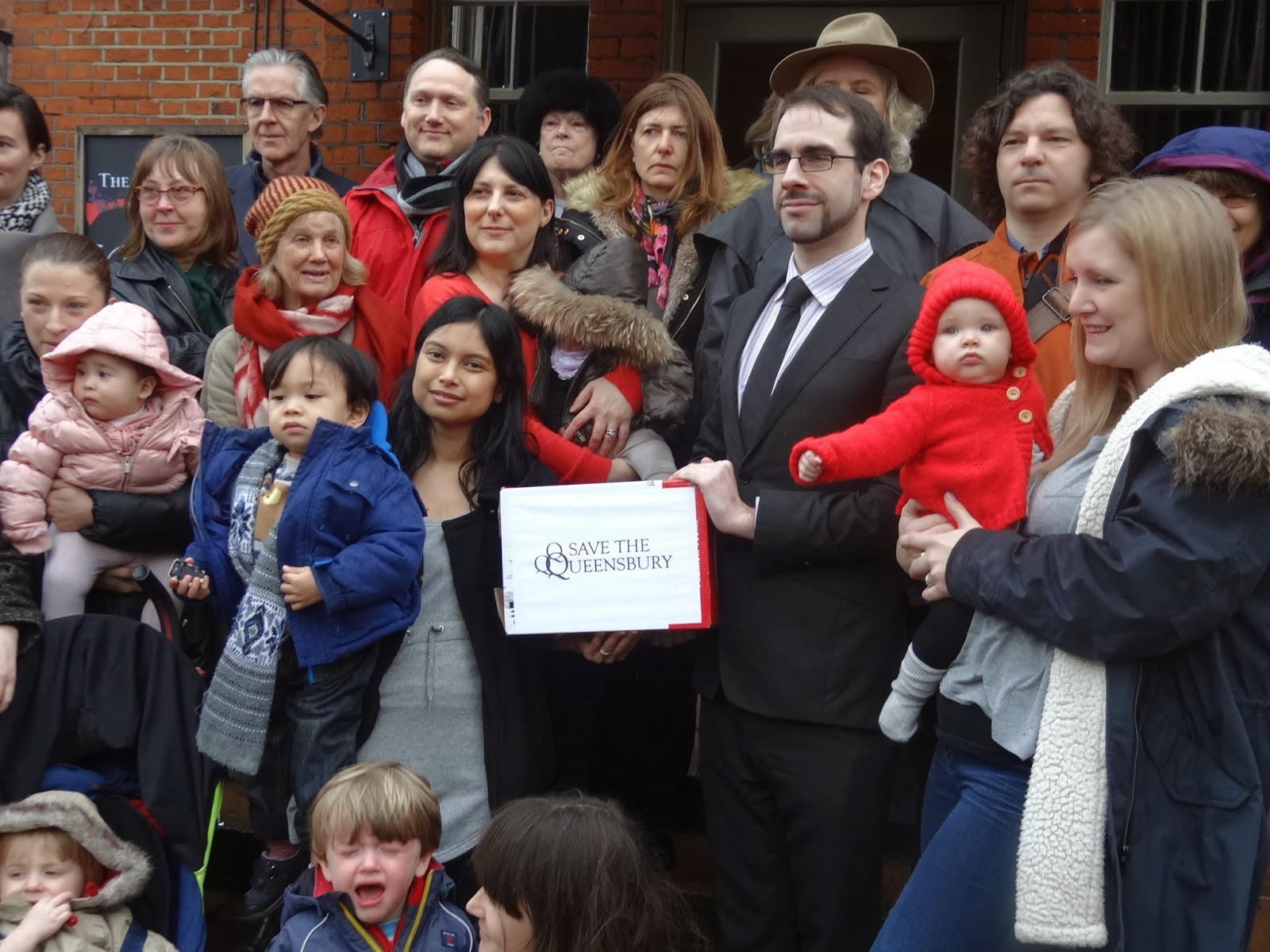 Local residents, especially parents from the Busy Rascals group, came along in strength this week, to present a 4,000 plus petition to Cllr Michael Pavey to save the Queensbury Pub from developers. Pavey is Brent Executive member for children and families so may seem a strange choice, but that is because the Queensbury is no ordinary pub - it is now recognised as an 'asset of community value' not just as an exellent pub but as the base for Busy Rascals, a parent and toddler group and National Childbirth Trust meetings.

Pavey received the petition, not in his official role, but as a councillor committed to the interests of children. Independent Make Willesden Green Candidate, Alex Colas (on the left of Michael Pavey) was there to show his support, as was I for the Greens and there were several prospective Labour Party councillors present, but the real message was that this was a non-politically aligned community campaign that intends to fight on for the common good.

Willesden Green has lost too much in the last year or so and cannot afford to lose any more community assets. The Queensbury campaign deserves all our support.
Posted by Martin Francis at 11:25:00

The prospect of his local closing seems to have hit the little boy at the bottom of the picture harder than most. ( Unless he was looking forward to attending a democratically-controlled local authority Brent school when he was older, and he's just spotted Michael Pavey behind him).

Some of the kids in those pictures are at least 2 years old! Shouldn't they be in school learning to program? Dame Sally Morgan certainly thought so in her recent speech to Ark Academies in her role as a paid 'adviser' to Ark. You know Sally, she's also the paid Chair of Ofsted which is forcing Copland into academisation with, guess who, Ark Academies (supported by Mr Pavey). So there'll be no need for Busy Rascals soon. All the kids can be in an all-through 2-18 Ark academy all day and all thanks to Ofsted and Ark's Dame Sally (supported, of course, by Mr Pavey).
There's money in them thar kids! (And votes, of course).

I might have mentioned that as I was taking the second photograph. Possibly why the kid in front is crying.