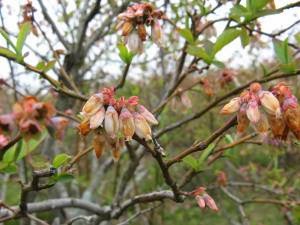 Brent Labour's democratic revolution seems to have died a quick death. Earlier this week Labour leader Muhammed Butt stated at the Willesden Connects Forum that there was a vigorous debate going amongst the Labour Group about the possibility of holding a referendum about raising Council Tax.

The 100 flowers that Chairman Butt appeared to be allowing to blossom have been struck by a sudden frost, perhaps emanating from on high. An hour ago he tweeted:

Brent will freeze Council Tax for 5th yr in row from April & no plans to change course. We must do everything possible to ease #CostOfLiving

This is a pity because it did seem to be a bit of a breakthrough in terms of having a rational and broad debate about the important issue of preserving services in the face of savage cuts. Some of his colleagues will  be disappointed. The posting about it on Wembley Matters has been widely viewed and shared and it clearly created interest beyond Brent.

I wonder if Muhammed Butt's announcement was arrived at democratically?

Just to clarify as I was at the Willesden Connects meeting where Muhammed Butt mentioned a referendum. There was no question of raising council tax in the budget which will be passed in the next month or so for the coming year - he has been boasting about the freeze for some time. He did explicitly state that he was concerned about the ability of the council to deliver services in he future as funding continued to be cut. He was directly challenged from the floor as to why he could not call a referendum as Brighton & Hove has done and this is when he admitted that there was a lot of debate going on about whether this was the right thing to do and something they might consider in the future. It does seem that the attention the previous blog post got has led to him running scared but that little glimmer of hope at some democracy in Brent was nice for the 40-odd hours it lasted.

If a 'democratic revolution' or a 'vigorous debate' ever made any difference, they wouldn't let themselves have one.
Ah well, another reason that there's nowhere for the left to go any more, so another opportunity for the Greens.