Around 27 members of Britain First were confronted by three times as many local activists and residents when they turned up in Cricklewood Broadway today. Ostensibly they were demonstrating against the Muslim Brotherhood office above a shop but their agenda was really anti-Muslim, anti-Mosque and anti- immigrant, using the MB office as a pretext.

(Update: It was never a 'Muslim Brotherhood office' but a small newsagency sympathetic to them)

In fact they had no placards or leaflets to explain to the local community why they were there. Brent people were present, not to demonstrate in favour of the Muslim Brotherhood, but to say that they did not want Britain First to come into the area and disrupt and divide their diverse local community.

Britain First were penned in a small enclosure and made no attempt to string their banners across Cricklewood Broadway and stop traffic as they had intended.

Brent and Harrow Unite Against Fascism gave out a leaflet to passers by, many of home joined them,  explaining the origin of Britain First in evangelical Protestantism and anti-abortion campaigns, and its associations with Loyalist paramilitaries. The BNP had found them too extreme and their leader James Dowson is on bail for violence.

Local campaigners and residents told Britain First they were not wanted in Cricklewood and a 9 year old boy used his megaphone to passionately tell them that his best friend was a Muslim. 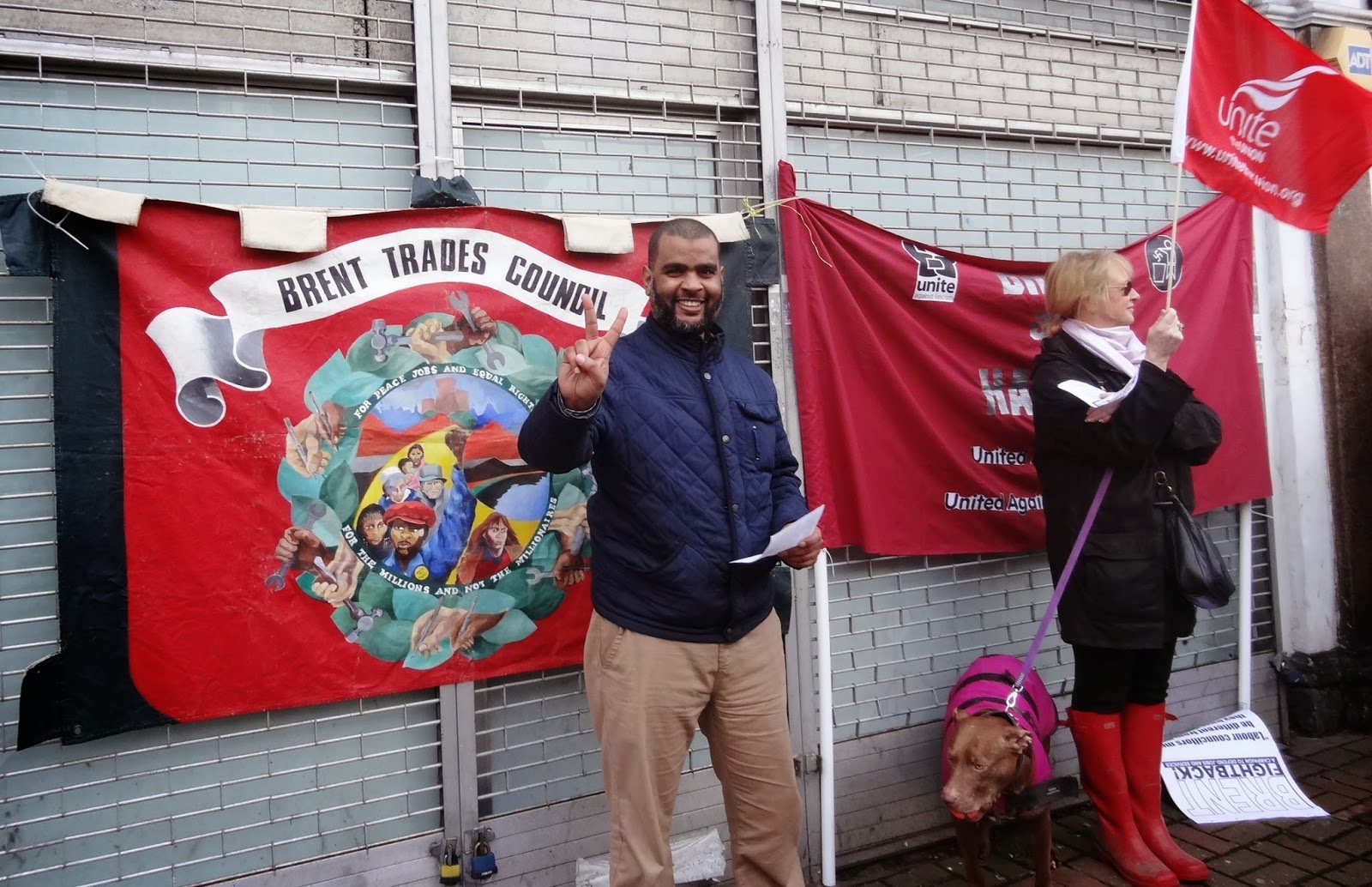 The numbers of Britain First supporters gradually reduced during the afternoon and eventually the dozen or so remaining were escorted by police to Cricklewood Broadway accompanied by cries of derision from local residents and the chant of 'Brent united will never be defeated'.

Great footage, Martin and the little girl was a brilliant advert for the effectiveness of the Citizenship teaching in our state schools. But didn't the Britain First website advise that only 'sensible patriots' should attend? Some of those chaps didn't look at all sensible and their 'patriotism' seemed to amount to little more than xenophobia, flag waving and manly bellowing. A vey poor advert for the Britain First movement's internal discipline I'd say. Nevertheless, it must still rank as the biggest fundamentalist protestant Calvinist anti-Catholic, anti-muslim, anti-hindu, anti- Buddhist, anti etc etc etc ever to have taken place in Cricklewood, and for that the organisers can be very proud.