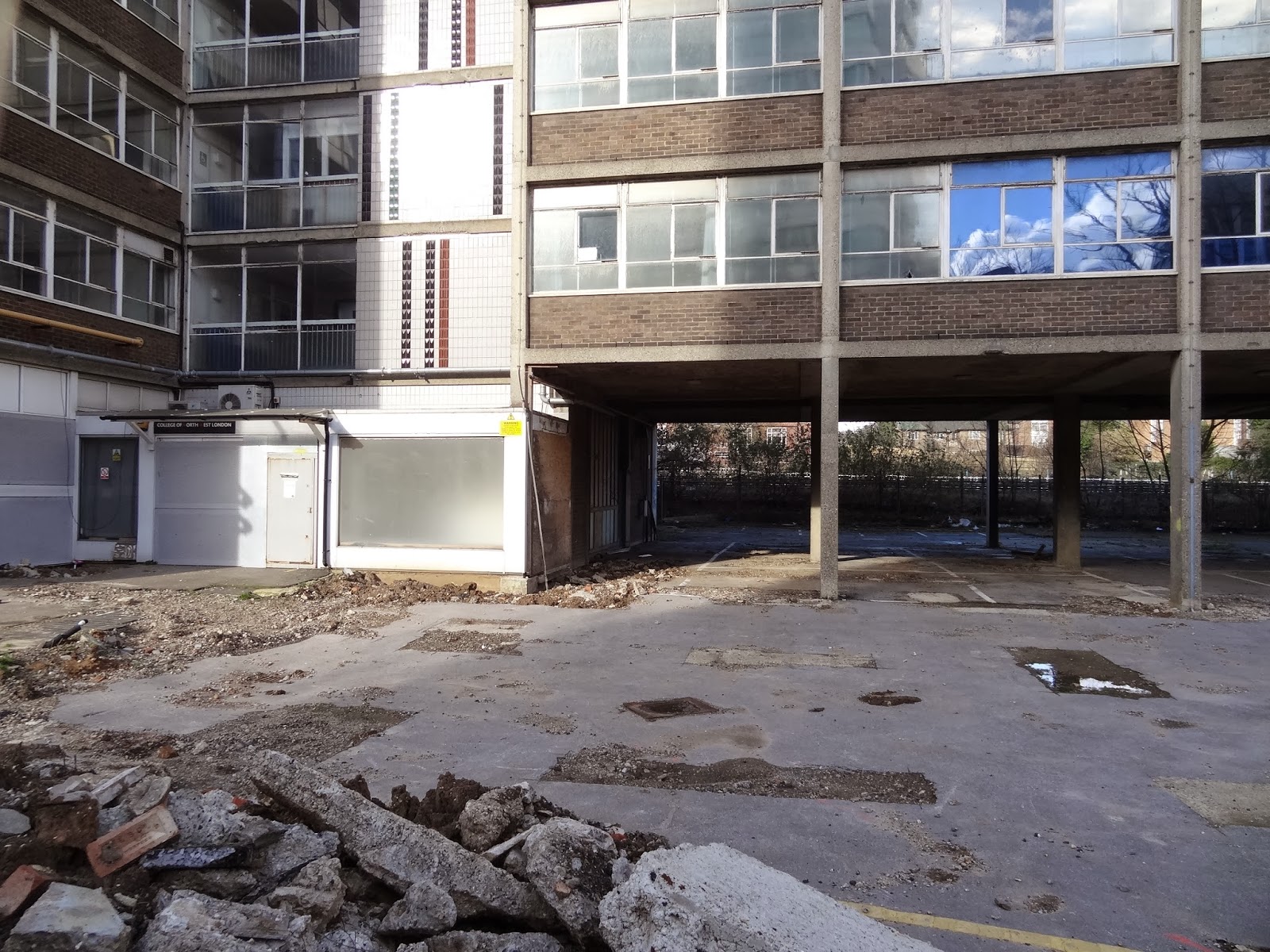 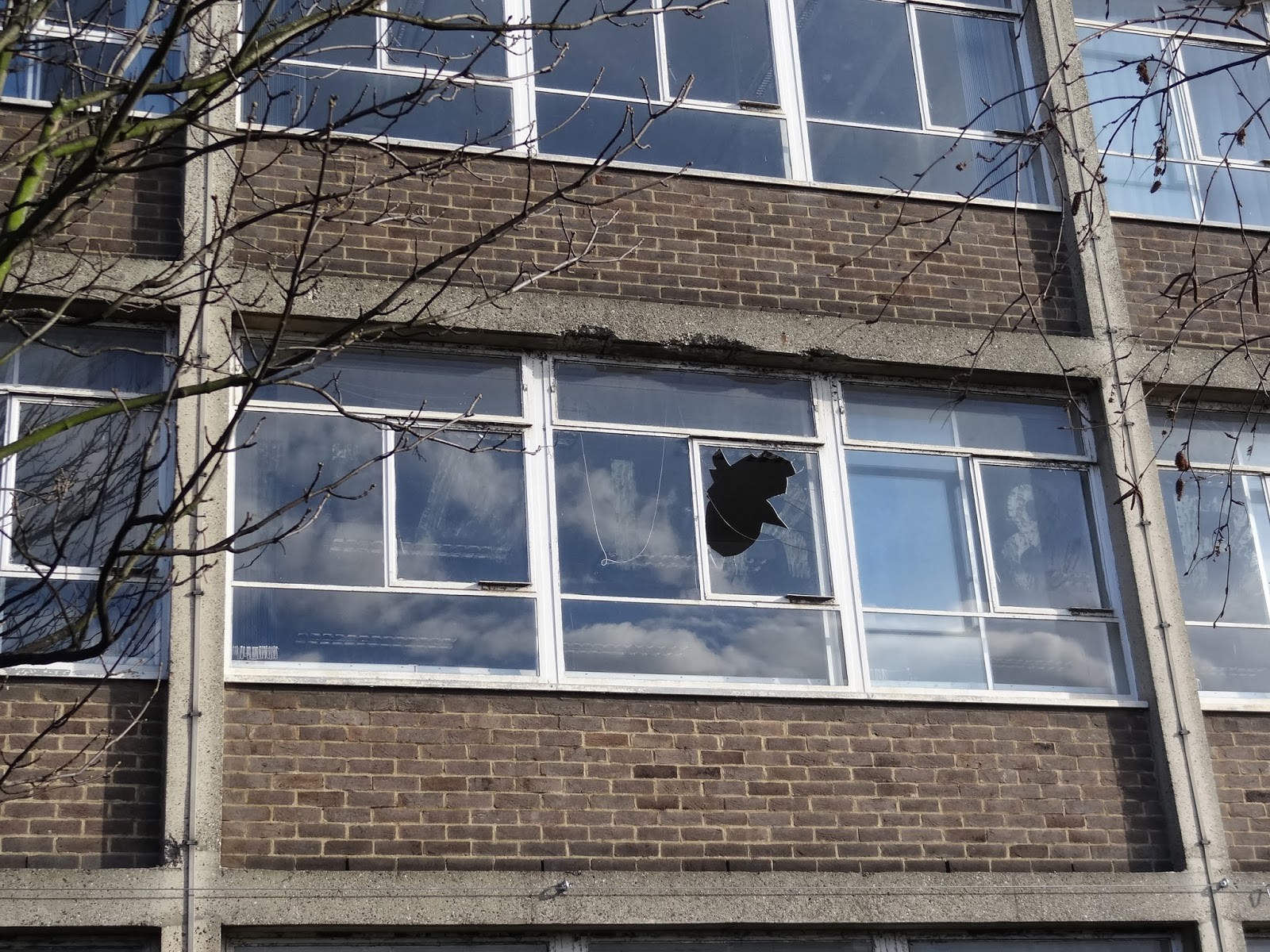 Although the funding for the Michaela Community  Free School has been approved by Michael Gove and the first cohort of Year 7 pupils are due to start in September there is no sign of any work going on in the building which is looking increasingly forlorn. The very limited play area beneath the bulding, right next to the railway line is rubble strewn, there are broken windows and there are reports that the building is ridden with asbestos.

Things are even worse for the other two secondary free schools due to open in September with Year 7 pupils. Neither Gladstone nor Gateway have yet to find a site. Gladstone's offcial address is the Crown Hotel in Cricklewood and Gateway has offices at 5-6 Empire Way. Gateway was rumoured to have its eye on a building in London Road but the school's website states that it hope to inform parents of the school's site in 'the New Year' and has not been updated. Gladstone announced to the local press today that it was not now proposing to build on the local Gladstone Open Space after community protests and it is still looking for a site within a mile radius.

Whatever one thinks about free schools, and my views are well known, this puts parents and pupils in a difficult position when they receive information about their school applications on Monday. What will happen to them if the buildings are not ready in September? Transfer to secondary school is fraught enough without this additional uncertainty. Will Brent Council suddenly be confronted with a substantial group of pupils not in school?
Posted by Martin Francis at 19:01:00

Given the 'rigour' promised by Ms Birbalsingh and the current admiration among her fellow-thinkers for the educational culture and practices of South Korea and Japan, the proximity of the railway line might be very handy for some of the kids on the day their results come in.

The way things are going, I can imagine that Ms Birbalsingh will be applying to the nearby Ark Academy, to see whether they can lend her school some spare classroom space.

I can visualise the outcome - prospective parents will be delighted that their children will actually be attending Ark Academy instead of Michaela, only to find that the spare classrooms are at its new acquisition, Copland. And then they find that these are not to up to the same standard as the Ark building, because the government education funds which should have been spent to renovate Copland by now have been diverted into paying for Free Schools!

This is not a sensible way to run Education. Are you listening, Mr Gove? No, I thought not.
Philip.