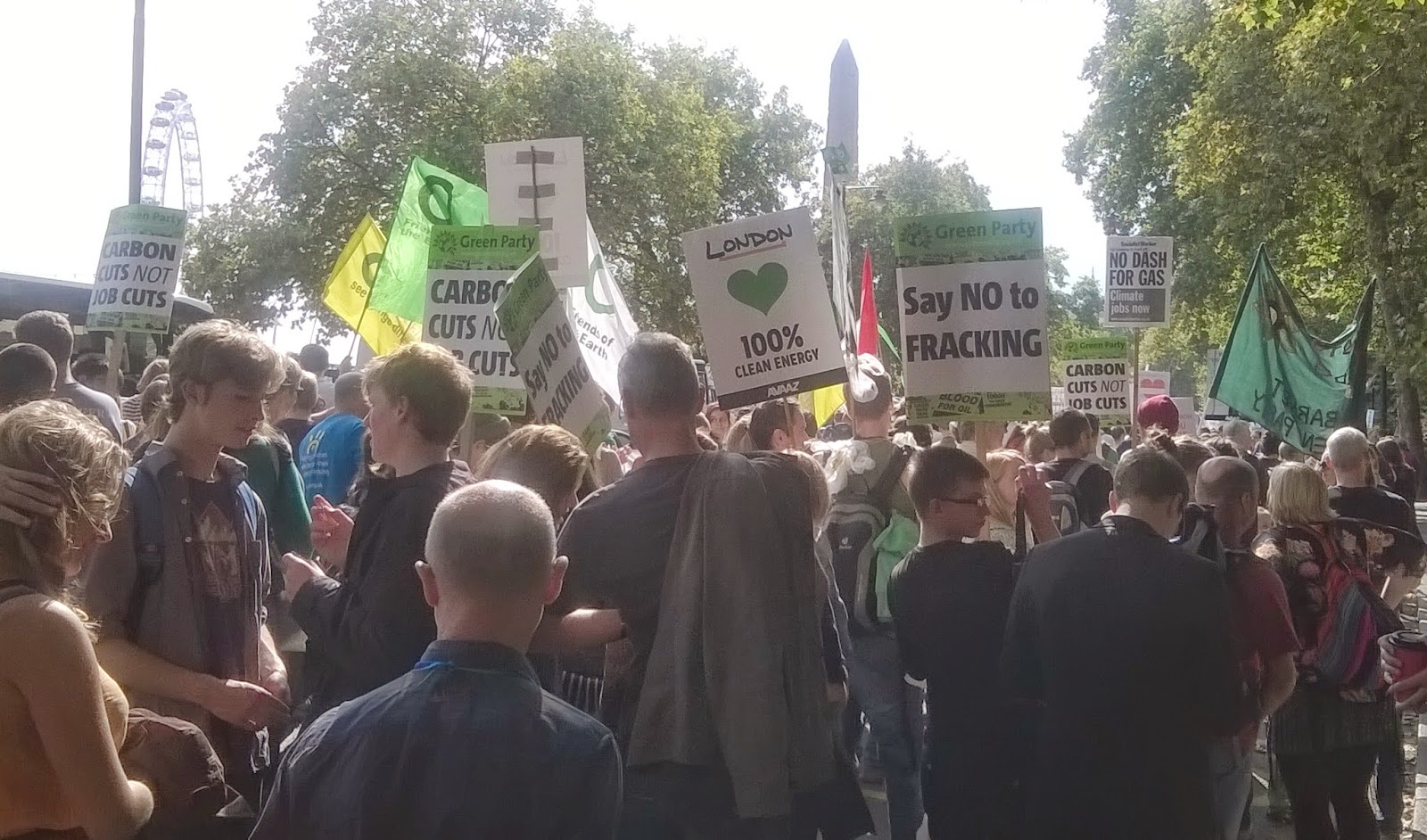 A lovely September afternoon brought thousands on to London streets today to put pressure on governments to take action on climate change.  The demonstration coincided with others taking place in cities throughout the world.

The Green Party was particularly prominent alongside Friend sof the Earth and other environmental actvists. The demonstration included many family groups and was marked by a relaxed, friendly and very creative atmosphere.

For why we should be concerned about Climate Change read this: LINK 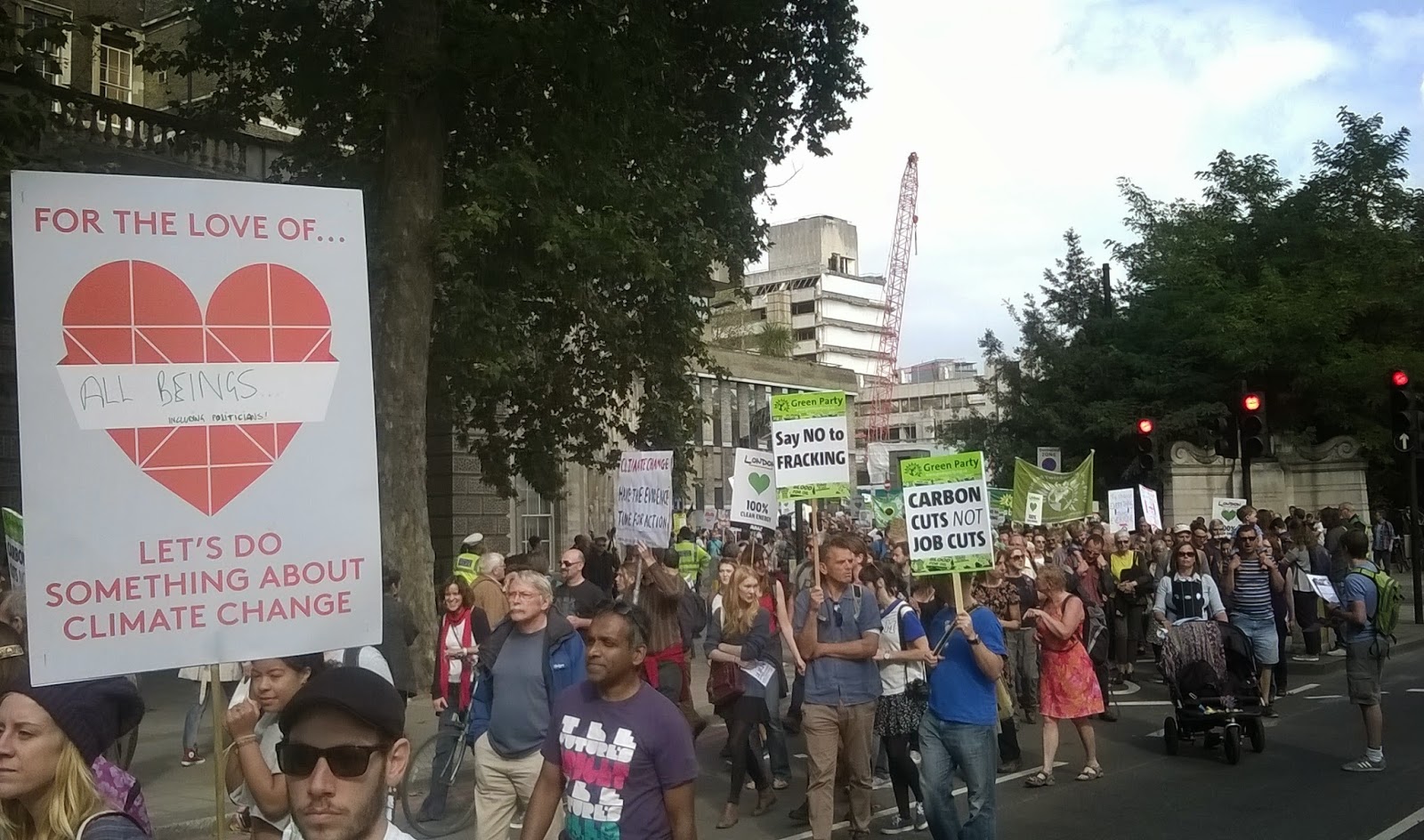 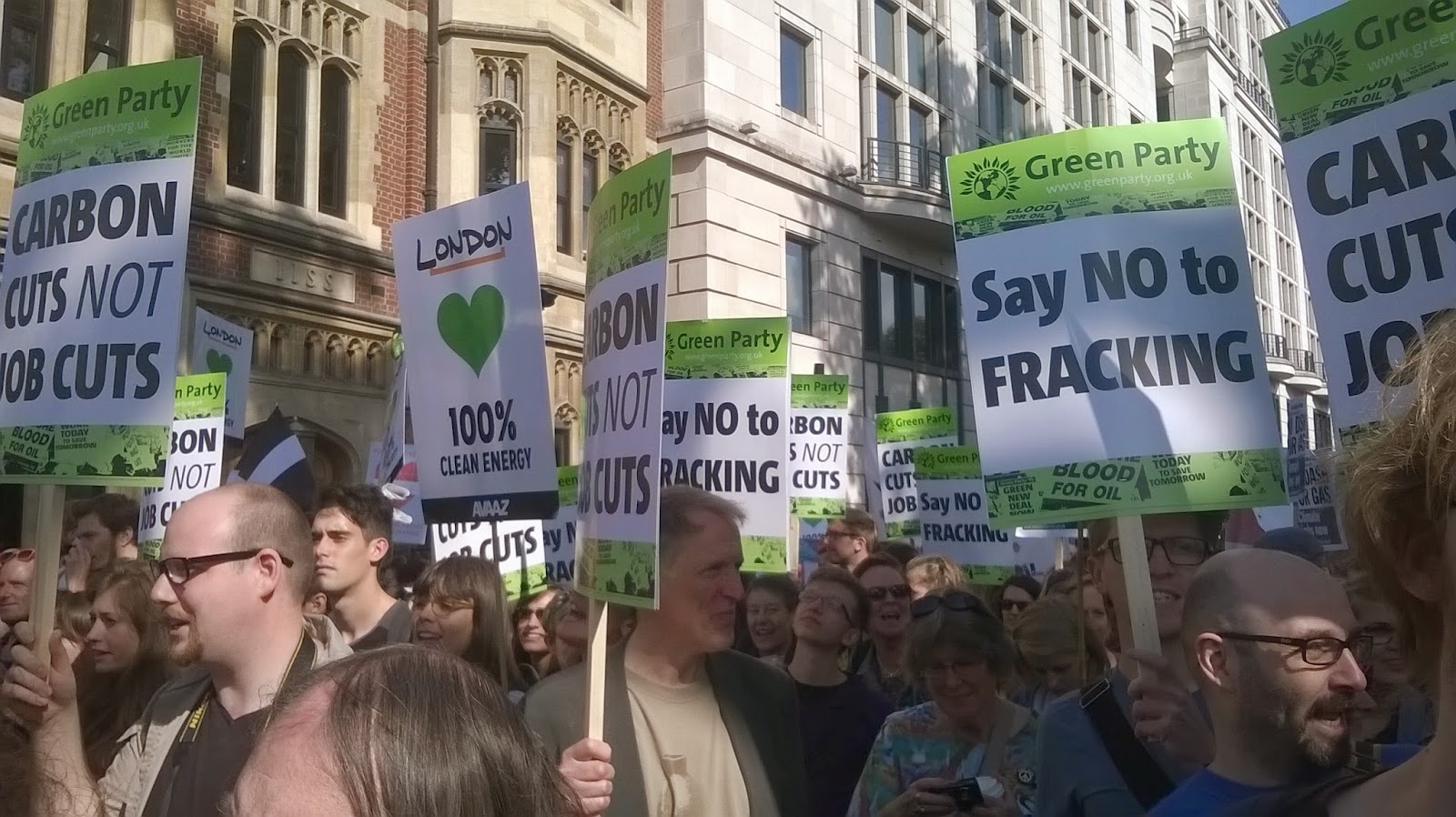 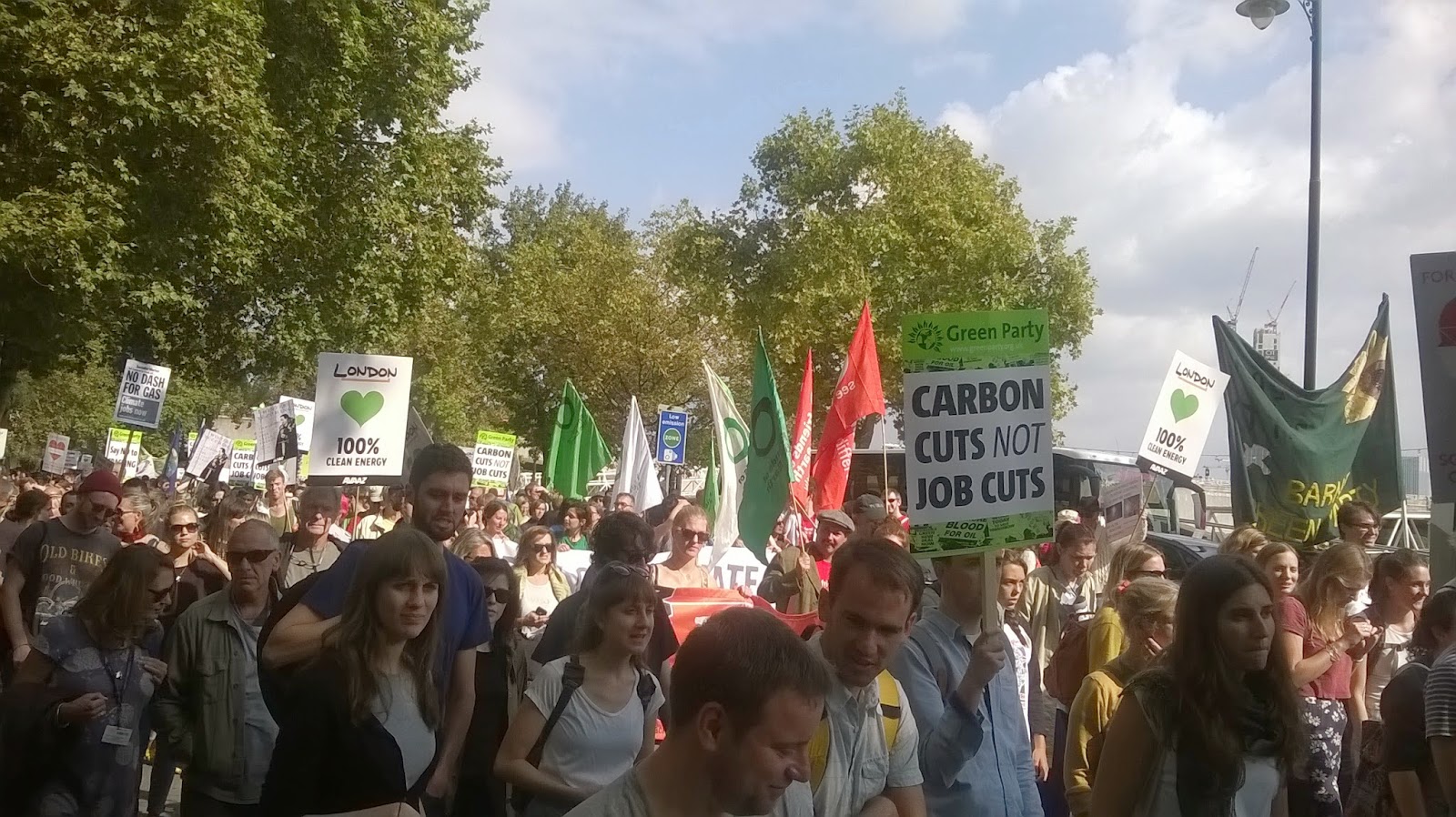 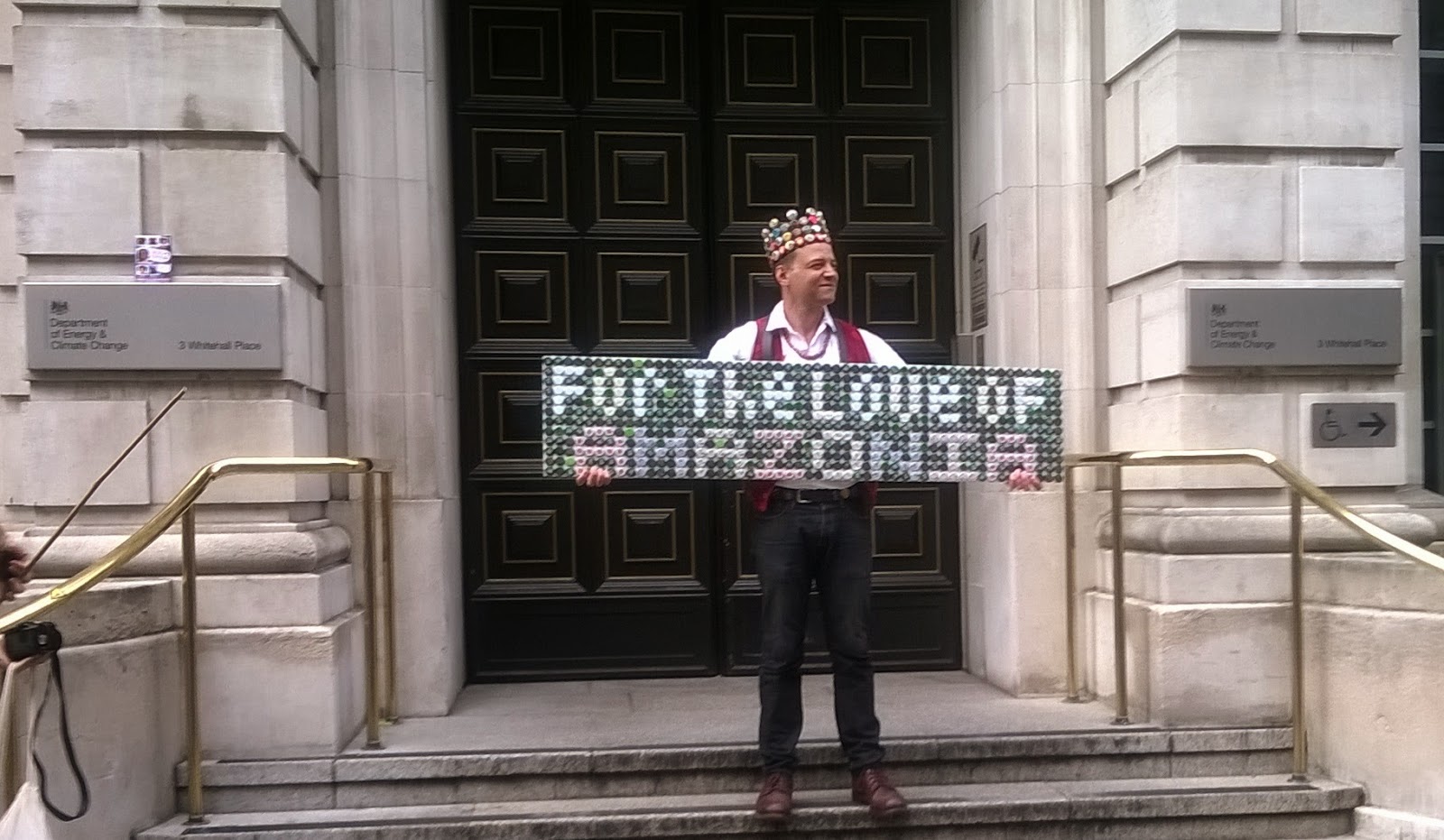 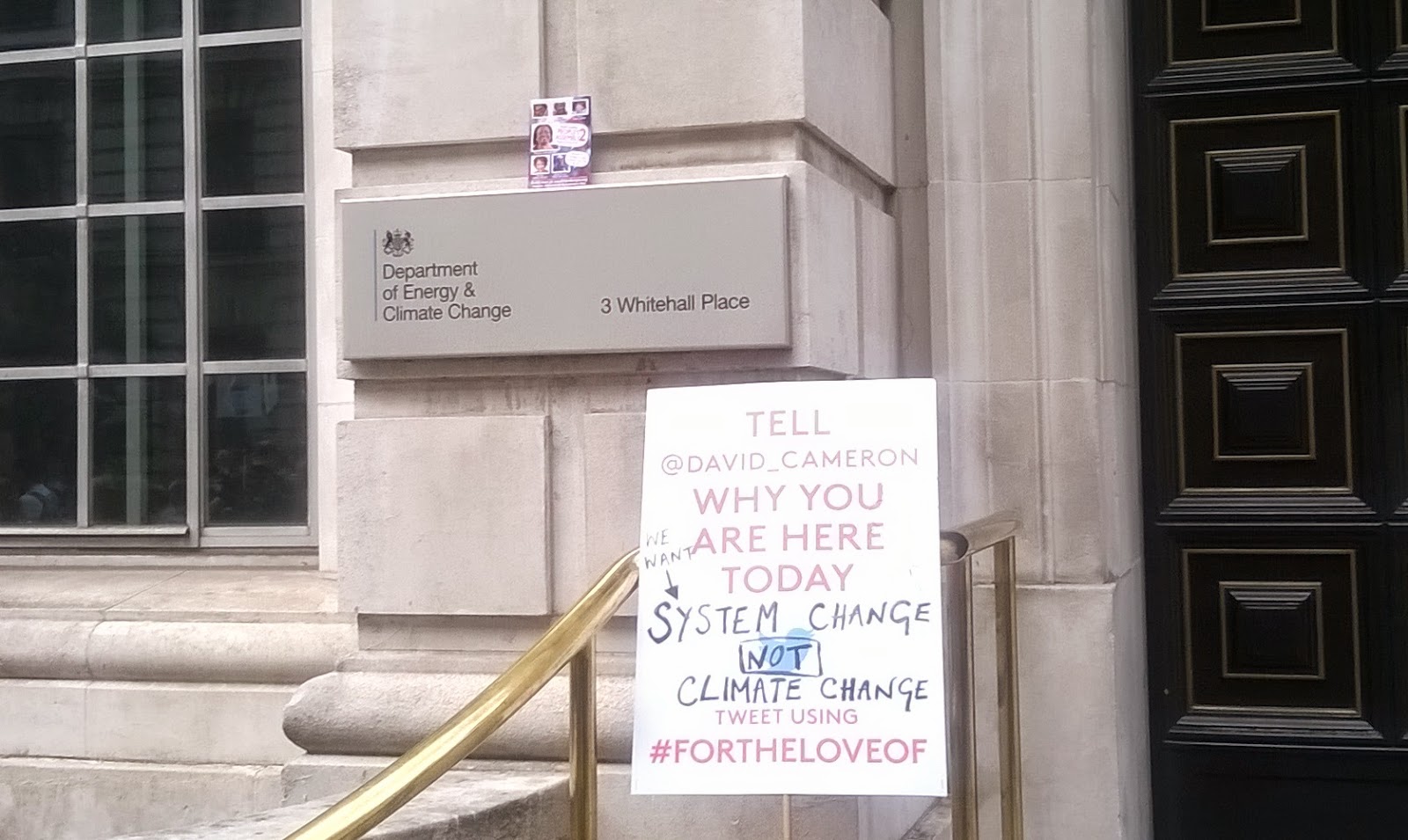 With the miracle that is Skype, we heard from Fernando Losada, Director of Environmental Health and Climate Justic at National Nurses United, speaking from New York.  He talked about the work of the climate justrice movement in shifting the stance of trade unions, where the American Federation of Labour often allied themselves with oil and fracking businesses in order to protect  or create jobs large infrastructue jobs..

The movement had challenged this and their arguments for socially useful jobs had been partially successful - AFL statements in favour of big energy projects had become less bold.  One of the big battles will be over the latest phase of the Keystone Pipeline LINK

Organising this weekend's demonstration had galvanised some local unions to take a positive position that contrasted with that of their union nationally, creating dialogue about the climate change issue. Some local unions had endorsed the march forcing their national leadership to also back it.

Kjersti Barsok, Vice President, Norwegian Confederation of Trade Unions (Oslo) concentrated on their national campaign to reduce oil use which had in the 2013 Oil Alliance united 100 organisations in its demands.  This was very much a 'climate solution from below' campaign and included a  national petition to reduce oil production at source. The campaign had made links with popular movements and with May Day rallies but also put forward demands to protect workers during transition.

Dipti Bhatnagar, Friends of the Earth Internmational and Justica Ambiental addressed the conference from Mozambique via Skype. She said that many national governments and the UN had been 'captured' by corporates. The battle  was to reclaim them: 'they mist listen to the people and not to the polluters'.

Phil Pearson, TUC Senior Policy Officer for Climate Change and Energy,  suggested that TTIP was in conflict with the  UN Commission on Climate Change's argument for growth compatible with reducing climate change.  However the latter's  10 point plan was purely voluntary whereas as TTIP states combatting climate change should not restrict economic growth.

He argued that climate change measures need to be regulated on the basis of the rights of citizens but there are currently no legal machanisms in this regard. But there are regulations in place in the interests of trade,

The conference saw the launch of the new edition of  the pamphlet  One Million Climate Jobs.  Written by a group of trade unionists, environmental activists and experts it sets out in great detail  the nature of the problem and sector by sector the jobs that could be created, Practical, rather than  polemical, it is a useful tool for trade unionists working in their union to get the issue of climate change taken seriously.