Prior approval is being sought to change the use of Mahatma Gandhi  House, which used to house the offices of Brent Council Housing Service, to  accommodation. LINK

It would comprise 37 studios, 48 one bedroom flats and 4 two bedroom flats. The initial drawings appear to show high density accommodation.  The building is 8 storeys high.

Meanwhile the much large Yellow Car Park Scheme behind Quality Inn and Dexion House  (now demolished) and beside the Civic Centre,  comes before the Planning Committee on February 11th. 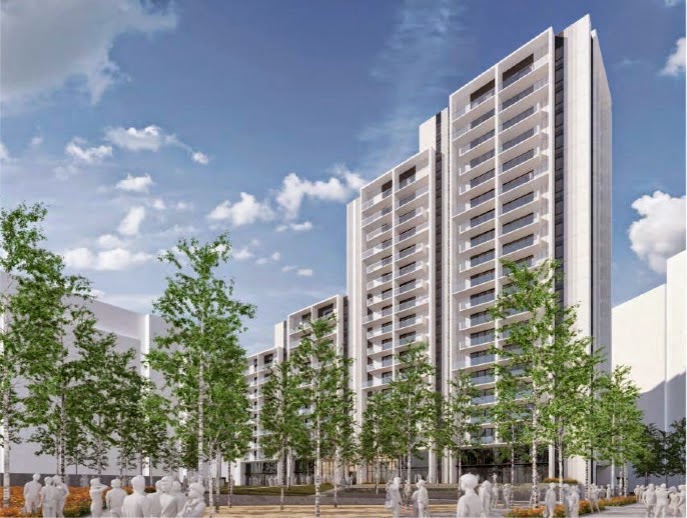 This is part of an enormous development including retail, professional, food and drink units; business accommodation, housing units, community use space and student accommodation has been covered before on this blog.

The amount of affordable housing for this site remains small (18 out of 370):

The planners express concern about a short-fall in three bedroom accommodation...
HERE