Brent Council is at present wanting to turn  number of its services over to voluntary groups and charities, even to the extent in its Equalities Policy of asking council staff to volunteer.  So staff will be expected to volunteer, in their spare time, to run services where their colleagues were made redundant.

However, at the same time its treatment of voluntary organisations, such as Brent Play Association, and facilities bequeathed by local philanthropists such as Titus Barham, and agreements reached with organisations such as Fields in Trust, has been cavalier to say the least Now in the 21st century it is the Big Lottery that Brent is disrespecting.

The Big Lottery financed Stonebridge Adventure Playground, through Brent Play Association, which itself raised funds for many other businesses. Ironically the fact that it was  part-funded by an annual Council grant, limited how much the BPA could raise for itself.

Now, the Coucil is adamant that it will cut playground funding at the end of the financial year, and apprently, even while the BPA is finalising redundancy terms for its employees, has had the gall to ask if it would be possible for workers to carry on as volunteers, to cover the Easter and Summer holidays.

The closure is going to be expensive for the BPA but may also be so for Brent Council as they will be breaking an agreement made with the Big Lottery - that is if the Big Lottery decide to play ball with the Council.  My reading is that this may cost the Council up to £250,000 which they appear willing to pay. 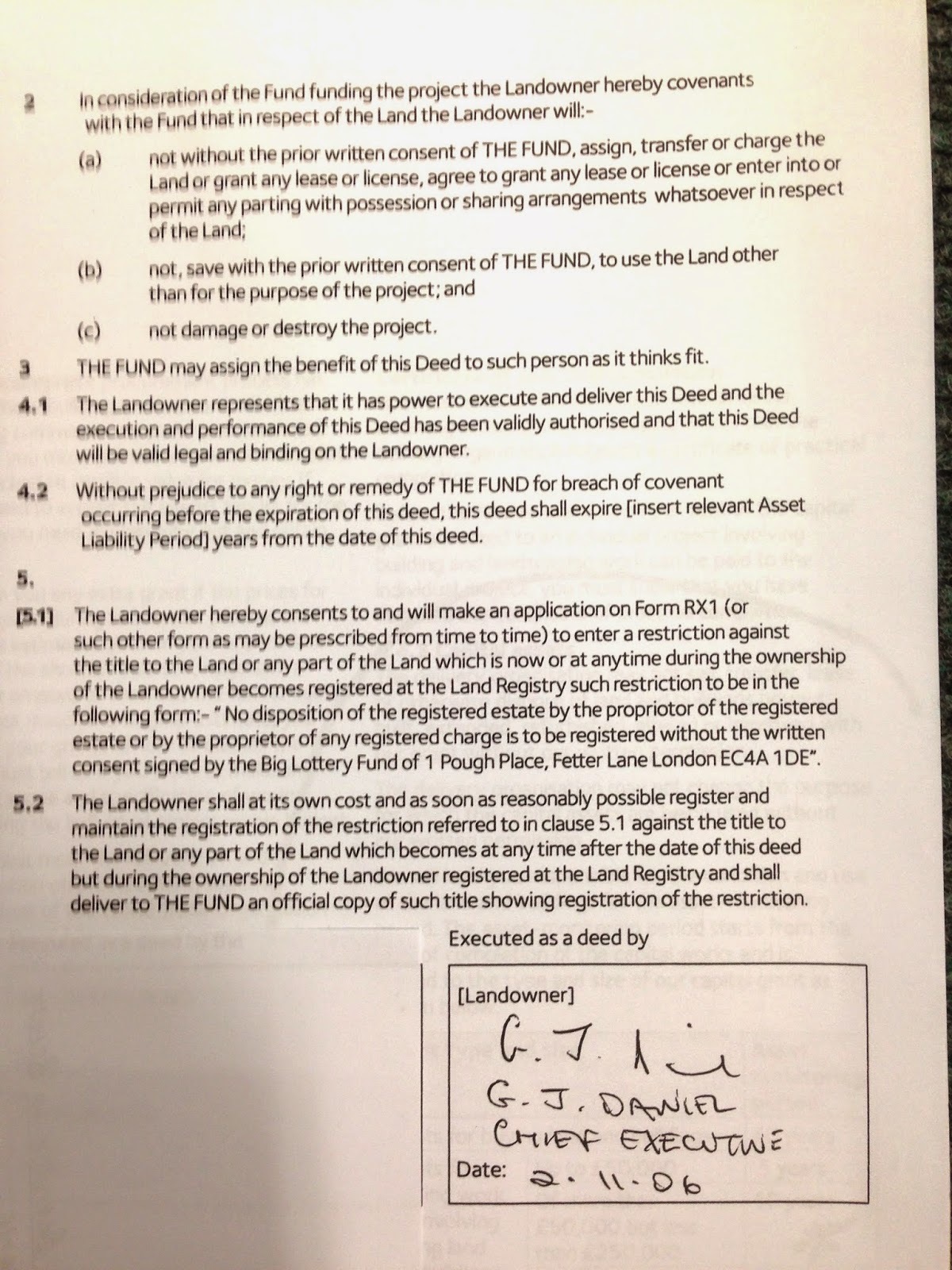 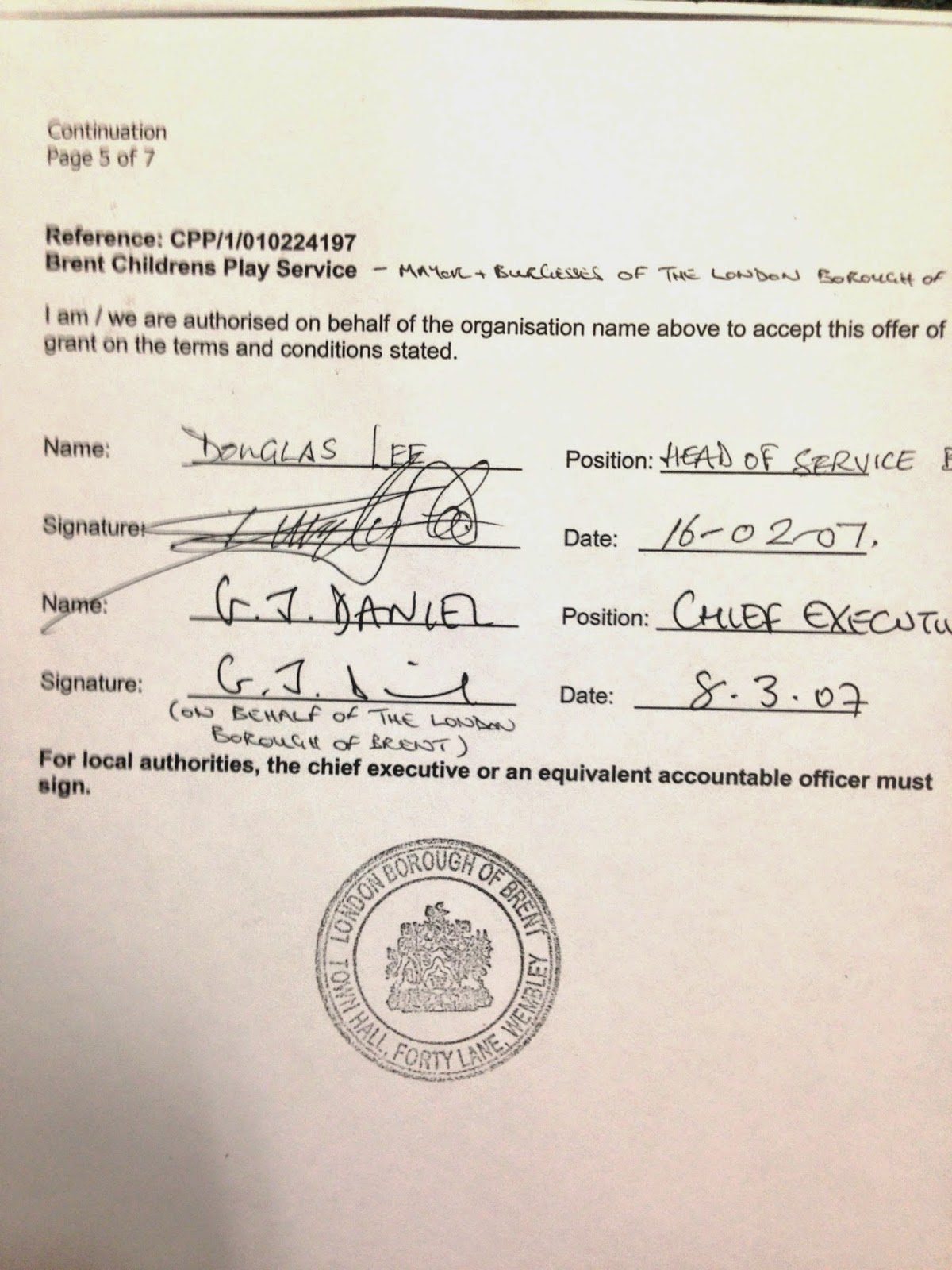 Potential penalties are set out below: 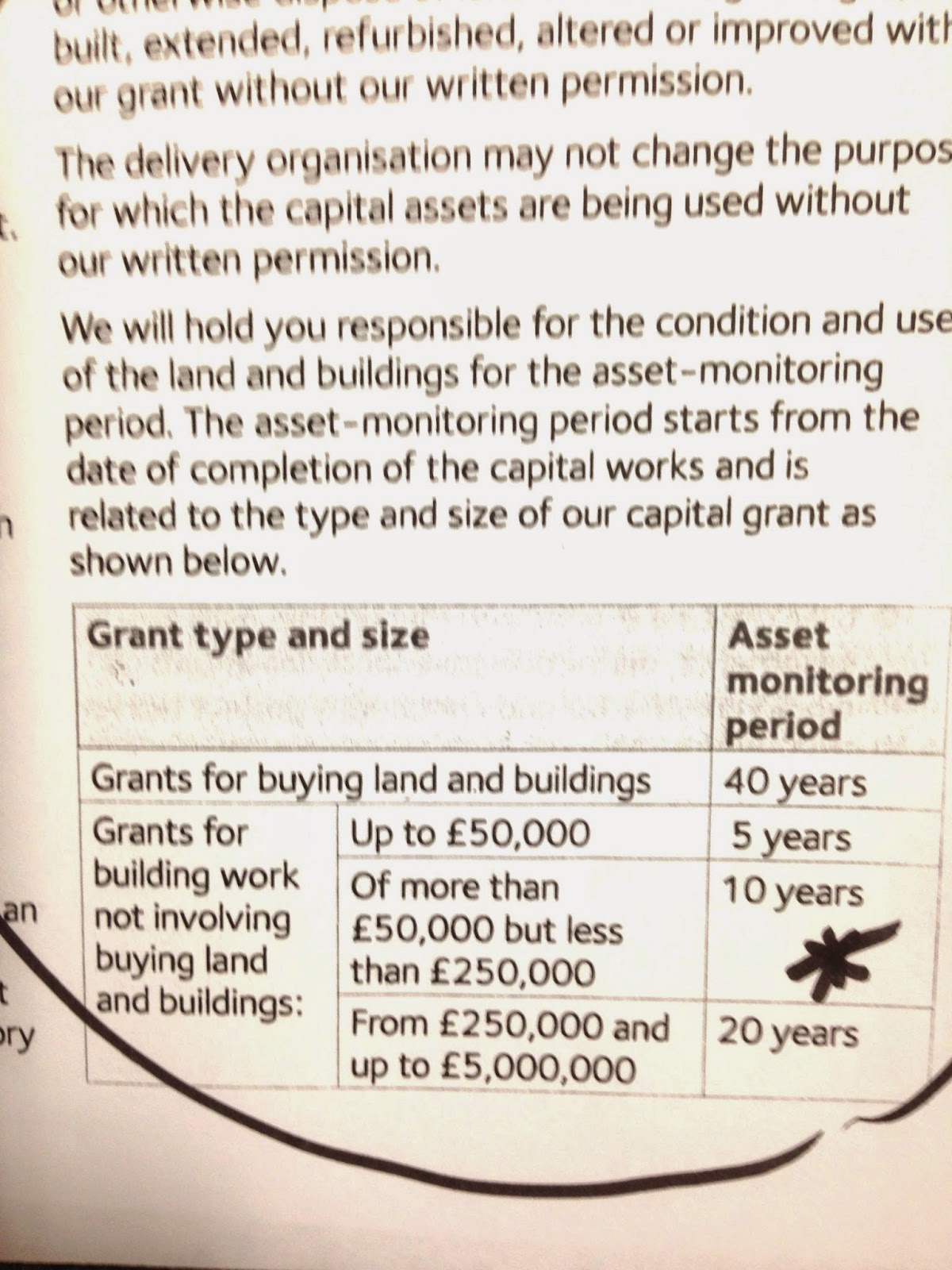 Meanwhile Philip Grant has pointed out that: