This Guest Blog by Denise Cheong looks at issues about the exact status of the London Welsh School, the loss of trees in King Edward VII Park, and some key questions that remain to be answered.

For the avoidance of doubt these screenshots and web link show the Registered Business and Fee Paying Status of the London Welsh School: 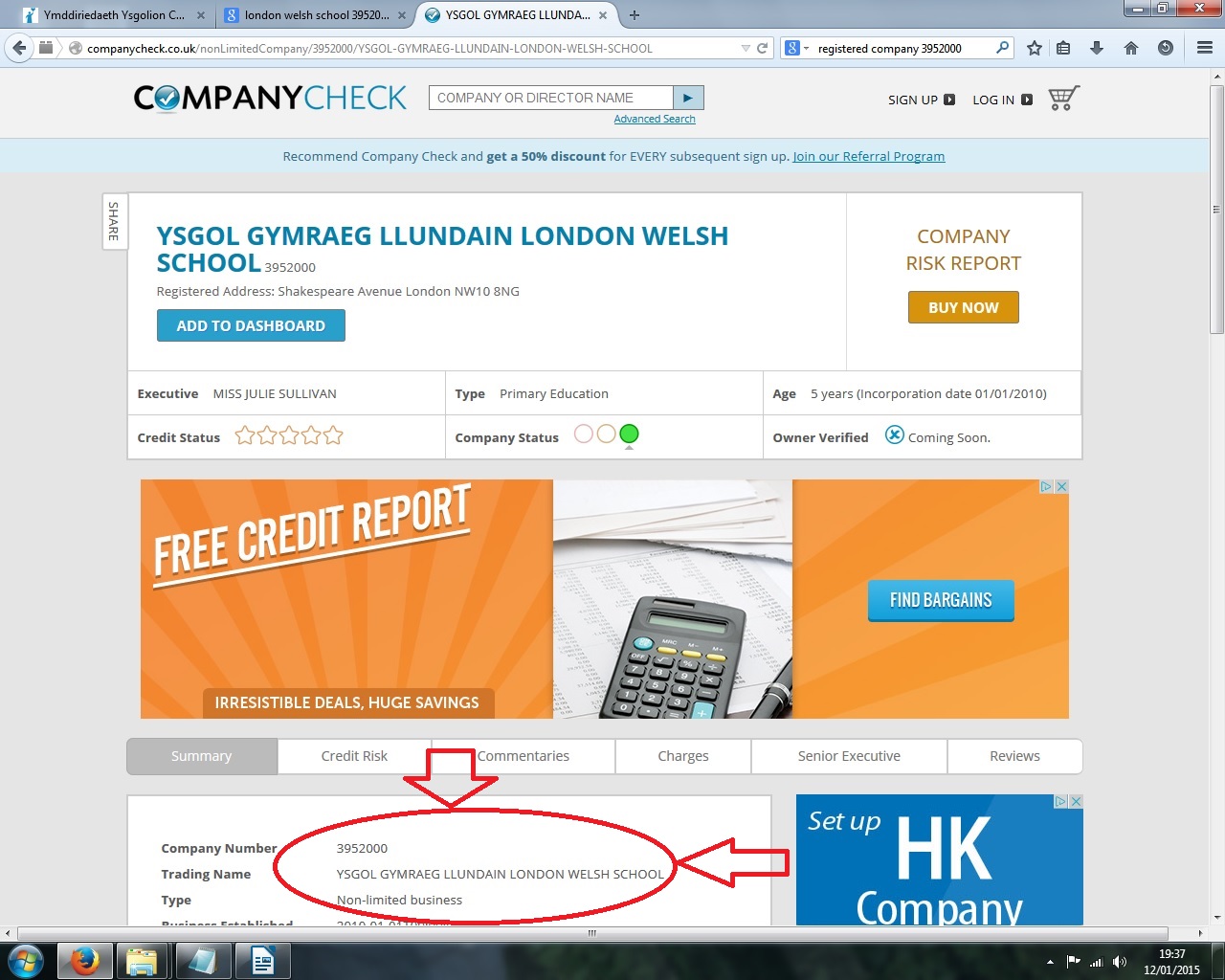 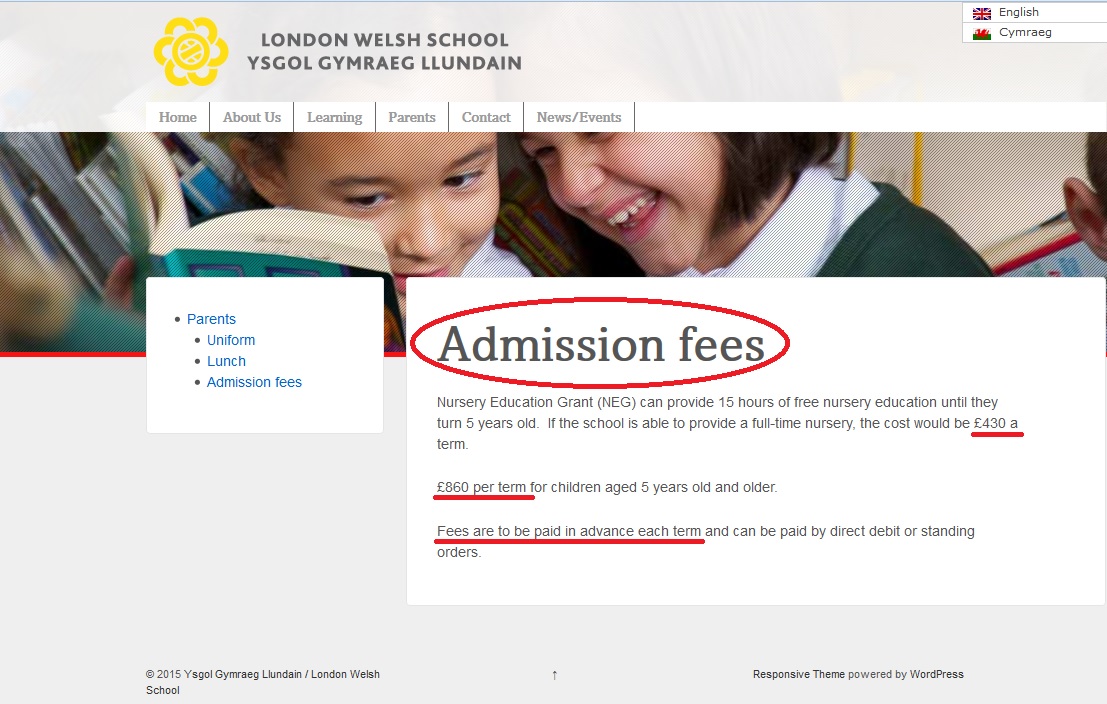 "Ysgol Gymraeg Llundain is a fee paying independent school that has been set up to provide Welsh-medium education in London... there are currently 36 pupils on roll from reception to Year 6. The school has two classes and follows the Welsh Government’s Foundation Phase and National Curriculum...[The London Welsh School] traditionally derived its income from parental fees, fundraising, charitable donations and a grant from the Welsh Language Board. The Welsh Government grant will support the running costs of the school."


"It was agreed that the following species can be removed:

Monterey Cypress (Cupressus macrocarpa) to the north of the Norway Maple


This is the Monterey Cypress tree Brent Council's tree officer says has signs of canker disease and so will be felled along with 3 Irish Yew trees that he has also agreed can be cut down: 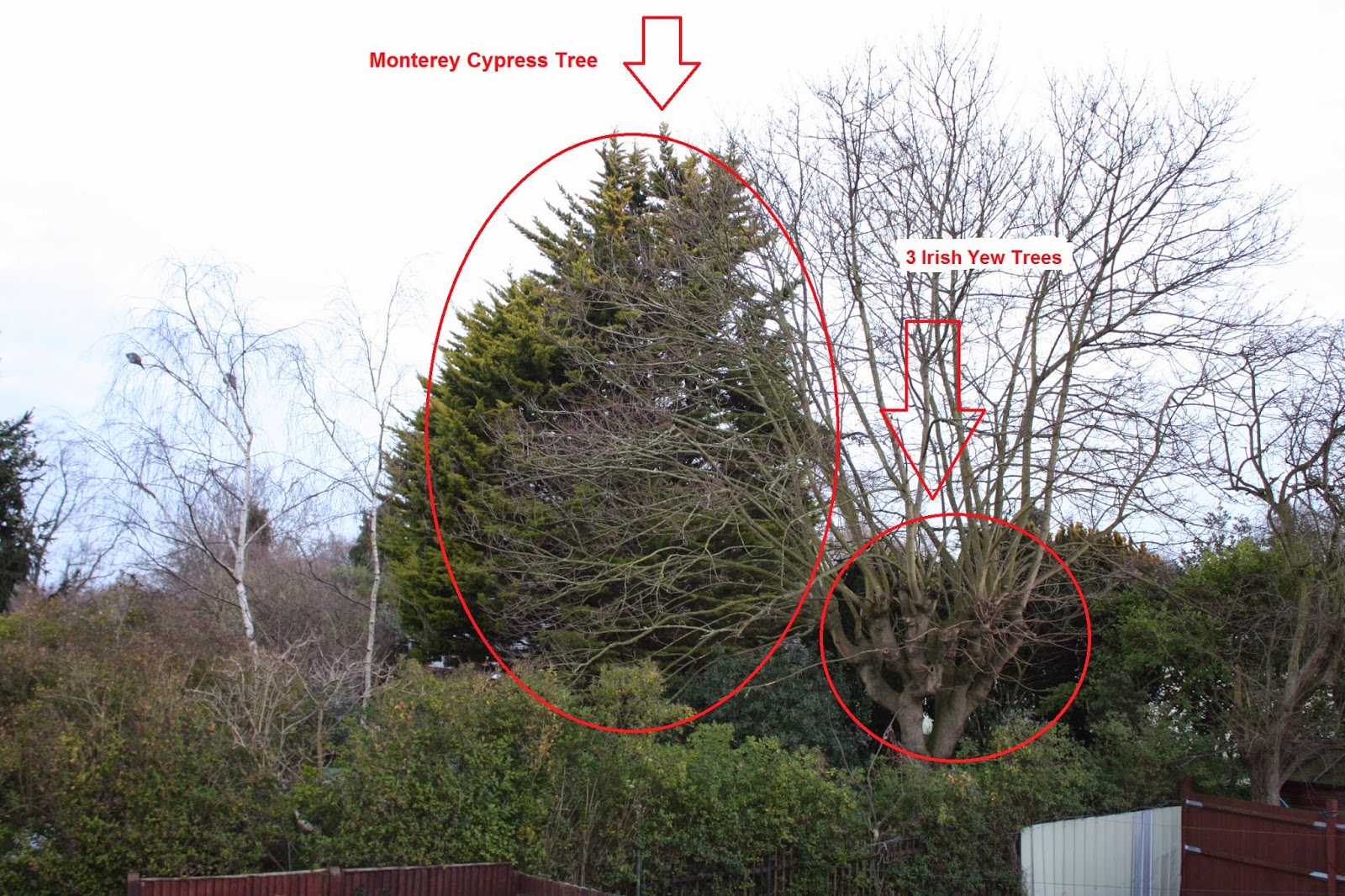 Some questions that need to be answered:

1. Why are Brent Council so keen to locate the London Welsh School in King Edward VII Park?

2. What's in it for Brent? Do they perhaps owe the school a number of years lease on their Stonebridge site?

3. Why isn't Brent Council actively supporting the re-opening of a Bowls Club (and creation of a Community Hub) by local residents, when they are aware of the Fields in Trust protected status of King Eddie's Park?

4. Is King Edward VII Park's bowls pavilion really the only site in the whole of London for the London Welsh School to viably relocate to?

So disappointing. Indeed, what is in it for Brent?
No school should build on a park but particularly a private one with a mere 36 pupils.
Why would Brent set this precident with 3 free schools searching for sites in the borough?

Absolutely "Another angry mum" - that question sadly remains to be answered...

In a Nutshell said...

Because they think we are all illiterate and apathetic. They have no interest in serving the people who unwisely voted them in office. The majority of which are out to feather their own nest, colaborate and suck up to developers and the like, who will deliver projects that will ensure large donations are credited to their bank account which they then allows them to spend and waste an obscene amount of money on so called public consultations. The results of which they then discount, dismiss, disregard, and blatantly ignore any findings which do not serve their interests, on the grounds such as not feasible, not cost effective, too expensive, not needed, any other excuse they can find, to publish this nonsense on their website. By which time bears no resembalence to the questions that were asked or comments we have contributed, the reading of which is quite hard going, often contradictory or makes little or no sense, but then because they believe we are illiterate in the first instance who cares! They clearly do not.

I do hope Denise,Jaine, Martin are successful in preventing this atrocity and if not let it serve a reminder to everyone who is eligible to vote, come May 2015 - Do Not Vote Labour - Rid Brent of these vile Cronies - Ensure we are removed from the "Rotten Boroughs List", and put Brent Council under New Management

Why not work with them instead of against them?

Thanks for your comment "In a Nutshell". However, I ought to point out that Friends of King Eddies are non-party politically aligned. We welcome comments from all who share our aims, but we do not hold a political stance.

The planning committee will decide on planning application number 14/4208 on Wednesday 4th March. Hopefully, we will be able to find out some answers before then.

Join us and feel free to try, its like banging your head against a brick wall

With so many issues raised - the council remain amendment to push the planning through. No one is against the school. But it has to be understood a private school does not belong a space that was purchased for the local community. That is protected land yet another fact that was omitted from the original proposal.

Why cant the Welsh Community and Welsh businesses get together and assist the school with getting a new home?

If they care so much for their language and heritage they should pull together and purchase a new home.There are numerous private schools which are based in houses in Wembley and other boroughs.

Can't they help them purchase a property?

It has to be recognized that this about building on protected land, and taking land from a local community which has limited green space. A space which should be used for the whole community. So please don't try and turn this comment into a race issue.

Good Qs "Anonymous at 19:19".
There are several Qs that we've not been able to find the answer to... If anyone out there knows the answer or has some information, please let us know.

Once taken, we, as a community, will never get this parkland back. Brent Council have already given a section of our local public park to Park Lane School (that I've been told was historically tennis courts). This has a huge fence around it preventing public access.

If this planning application is granted, we will have to share our local park with a business operating as The London Welsh School. Our public park will be eroded and leased off to them for 15 years. The Council have publicly declared their wish to landscape over our bowls greens and let the London Welsh School, Park Lane School and/or a nursery book the area for 1.5 to 2 hrs a day. That's the equivalent of 1 lunch break and 2 x 15min play times. Which of the 2 schools & nursery will be given priority over the others?

Why should s106 monies that are meant to be spent for the community be spent on providing an additional play area for the private business that is The London Welsh School?

Why is Brent Council forsaking Wembley and Brent residents in favour of The London Welsh School?

Exactly "Anon @ 19:11" everyone needs an education. How parents choose to educate their children is not for us to say. However, we would like to see our beloved King Edward VII Park remain a park in it's entirety. The Queen Elizabeth II Fields in Trust Award and deed of decication for perpetuity was entered into by Brent Council and ought to be honoured. Never should a local community be put into the situation where they must campaign to the Council for what is owned by the Council, but ultimately belongs to the people of Brent. The Council has a duty to the people of Brent. The Council ought not forget that.

I note there are so many people who live outside of Brent and have logged their support for the school to be relocated with in the park. Why don't they see what properties are in their local area, as oppose happy to support but its not in their back garden or affecting their local community.

This is a planning application. Material planning considerations and planning policy apply in the decision. Not the London Welsh School's visits of prestige to the House of Commons, which is listed as a reason for support on the council website.

Many of us local Wembley residents speak another language. Some of us non-English British Born Brent residents attended Saturday or Sunday school to learn the native language of our parents/guardians. Some even had to relocate to premises across Brent multiple times.

We did not however, apply for planning permission for our language schools to be located in a bowls pavilion in a Fields in Trust Awarded public park, to build an additional classroom, to lay an all weather playground, to fell 4 category B park trees (and furthermore plan how to "exploit" the bowls greens of a public park).

May we remind everyone that this park was bought by the council in 1913 to compensate for the development in Wembley Park. Queen Alexandra opened the park in 1914, naming it after her husband: King Edward VII. Our King Eddie's Park (as it's affectionately known) is over 100 years old. We love our local King Eddie's Park and seek to protect it from the adverse proposal that is planning application no.14/4208.