The Pavey Review which was published last week has this key sentence:
This limitation is why Brent Green Party and others called for an independent investigation into Brent Council, not only in the racial discrimination, victimisation and constructive dismissal that an Employment Tribunal found against first respondent Brent Council and second respondent Cara Davani, but into the previous working connections of senior staff. The latest example of the latter is the appointment of Lorraine Langham as Brent's Chief Operating Officer who like Christine Gilbert and Cara Davani previously worked for both Ofsted and Tower Hamlets Council. LINK

In any other organisation disciplinary action would have been taken against a manager found guilty of such conduct. Muhammed Butt, when challenged by members of staff on the issue at Brent Connects said the council had to follow 'due process' and make an Appeal.

Some Councillors suggested to me that disciplinary action could only take place when the Appeal process had been exhausted. A Judge found that the Council had no grounds for an Appeal but still no action was taken. Two legitimate opportunities to lance the boil missed.

Some have claimed that disciplinary action in itself would amount to victimisation or even a 'witch hunt',  or would be to succomb to political pressure. This is  a red herring. The Council owes a duty of care towards its employees and this includes ensuring that they are treated fairly in their day to day employment regardless of race, gender etc. Brent Council should have confidence that their own disciplinary procedures are robust enough to withstand such pressures.

Now the Council is in the position of having someone in charge of HR who has been found guilty of the above offences but is nevertheless in charge of recruitment and redundancies policies. Long term mprovements in processes and procedures does not address immediate issue.

Michael Pavey has done a thorough job within his limited remit, consulting widely with staff and apparently winning their confidence. One glaring ommission is consulting with the staff who have left the Council and examining any gagging clauses that were imposed. They, after all, are possible victims of poor employment and practice.

However, given the comments I have received on this blog regarding working conditions at Brent Council (many unpublished so as not to reveal identity or due to gagging clauses) as well as emails and telephone calls, soemtimes distraught,  the following comment seems emollient:

This review finds that Brent is generally a happy and inclusive place to work. But there is plenty we can do better.

Although Cllr Pavey recognises that Black and Minority Ethnic (BAME) statistics in Brent are better than some other London local authorities, he says they are far from satisfactory.  What is missing from his report is the connection between those statistics and the operation of the HR department (Proportion of BAME employees in Brent is 62%, Female employees 65%): 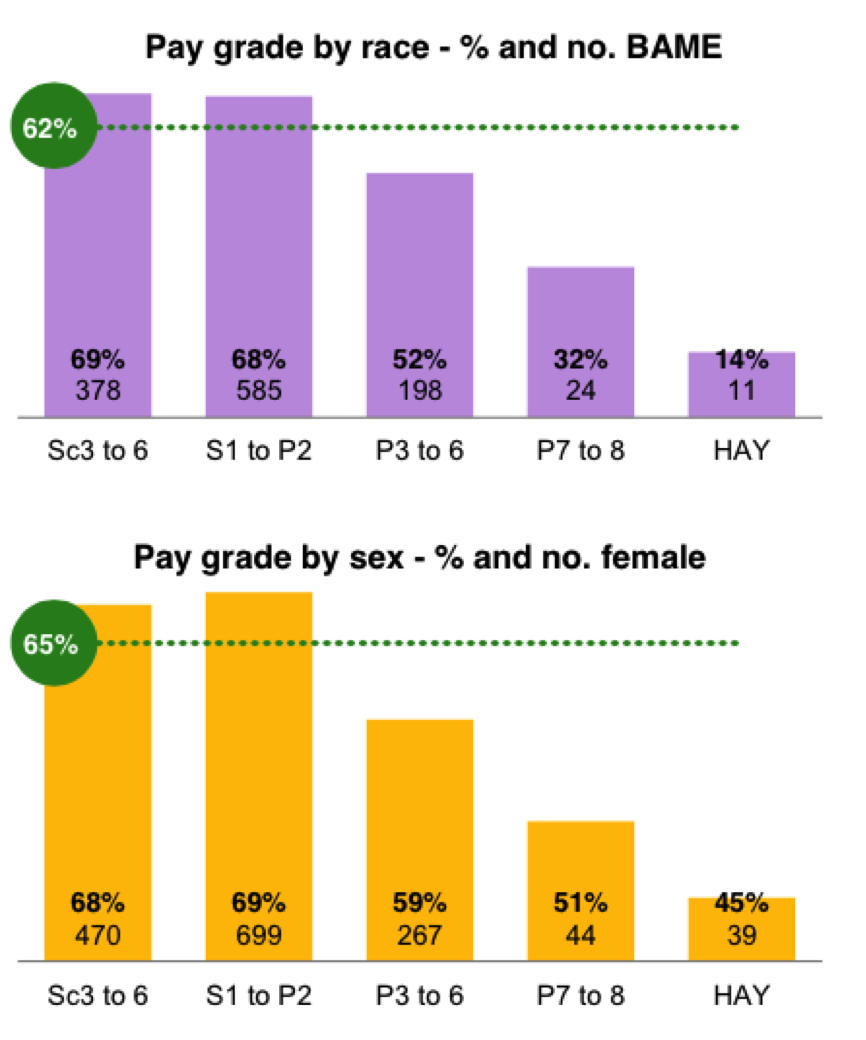 Both show higher proportions in the lower grade and I assume that BAME and Female would be higher still at tScale 3 to P2, and lower at the Hay grade. 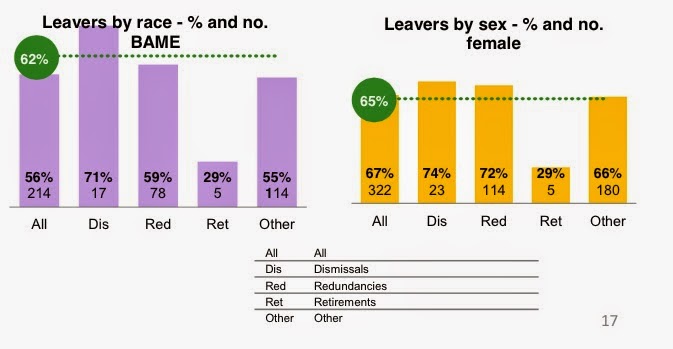 These are perhaps some of the most important recommendations: