Brent Council: those who survived the axe (for now) and the victims

The cuts recommended to the Cabinet have now been published LINK. As expected the gap between the cuts of £54m required over two years and the £60m actually tabled during the consultation enables the Council to claim to have saved some services.

Despite recent moves by some backbench councillors to propose a rise in Council Tax of 1.99% to save some services, Council Tax is frozen for the 6th year. The councillors' move may have been too late to meet statutory deadlines. 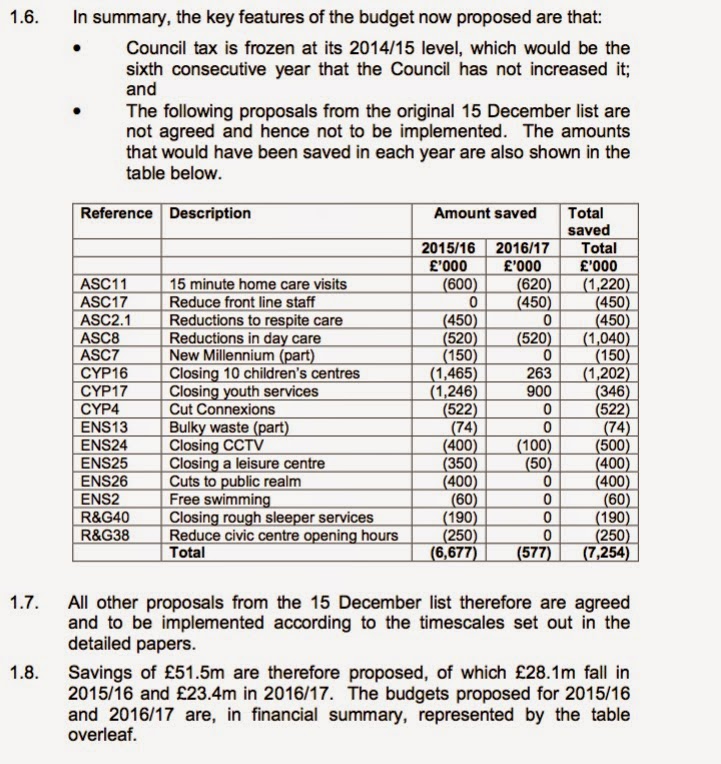 The Budget Report itself does not refer to the petition from Stonebridge Adventure Playground in detail or, as far as I can see on first perusal, does not mention the number of signatories, and instead the future of its funding is dealt with in a separate report which ties the funding into the issue of the expansion of Stonebridge Primary School, which serves to complicate the matter.

It refers to alternative provision with a complete lack  od evidence or detail and it is hard to see how they could make up for what the playground provides (from their report): HERE