Tomorrow's Cabinet meeting will be discussing the 2015 Public Health Report on Under 5s and their mothers. Brent has been responsible for the public health of under 5s since October 2015 and the report gives a mixed picture.  Tooth decay and obesity are high but fewer mothers smoke in pregnancy.  The number of Unders 5s in the borough that has been rising in recent years and produced a crisis in school places, is flattening out and perhaps declining.

Obesity rates in Reception classes are rising and well above the England rate. Tooth decay in under 5s is the second highest in London and the most common reason for non-emergency hospital admission for 5-9 year olds.

A note of caution, although the charts give a summary it is also important to read the commentary. The full report is HERE. 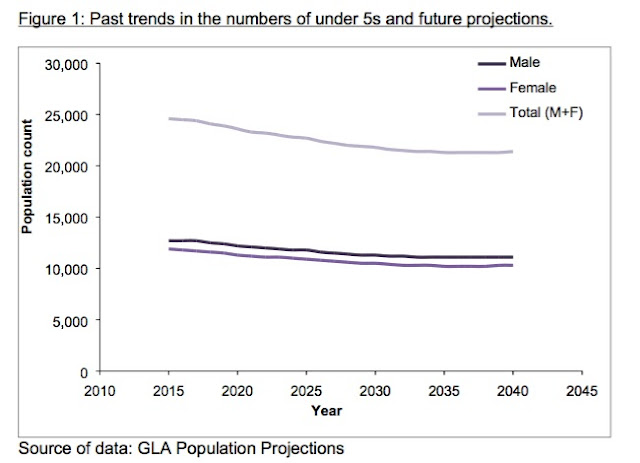 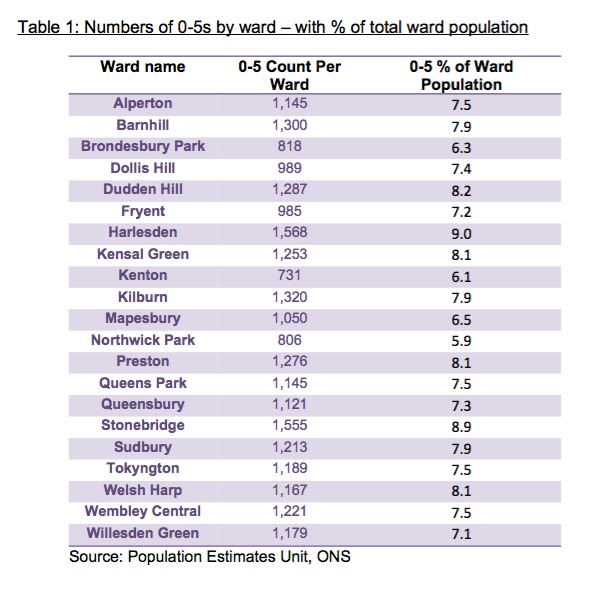 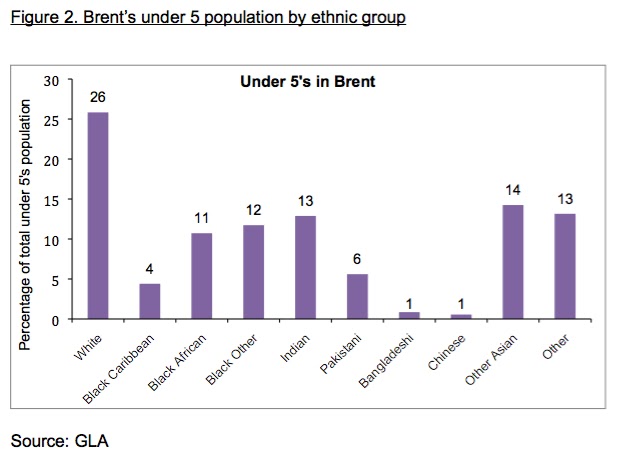 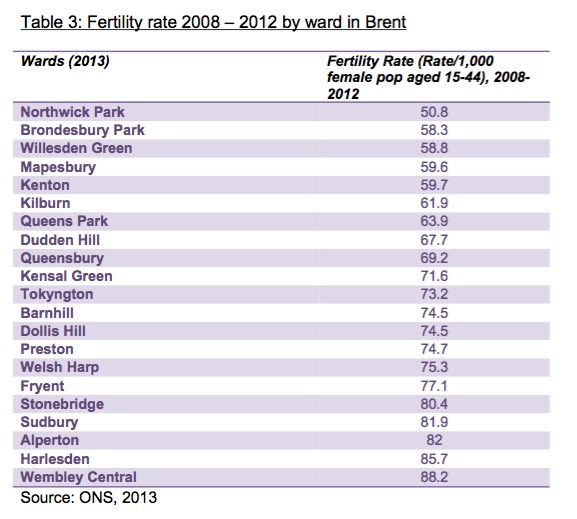 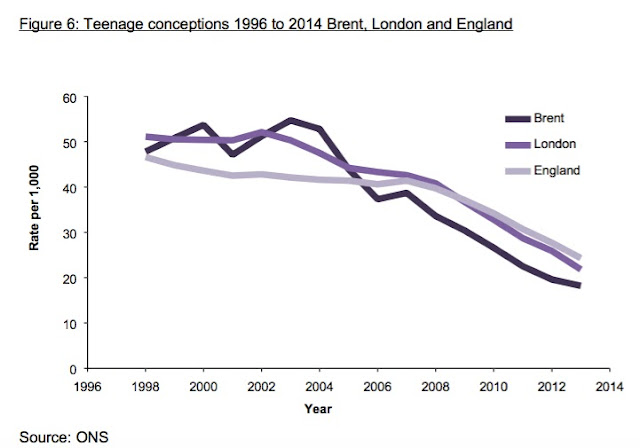 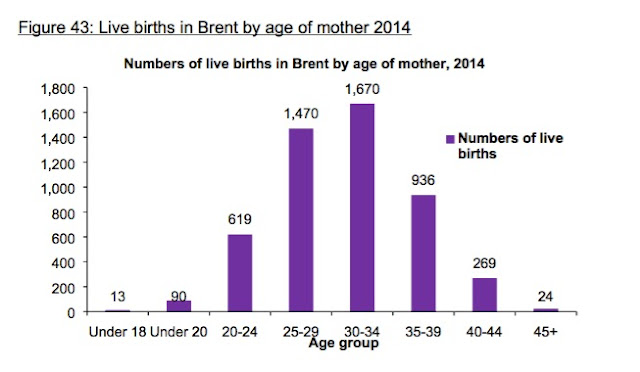 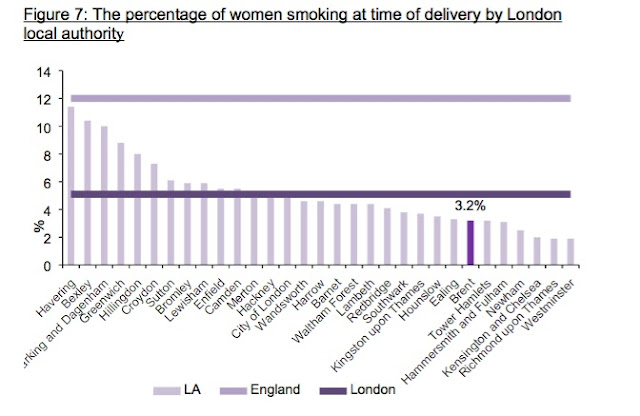 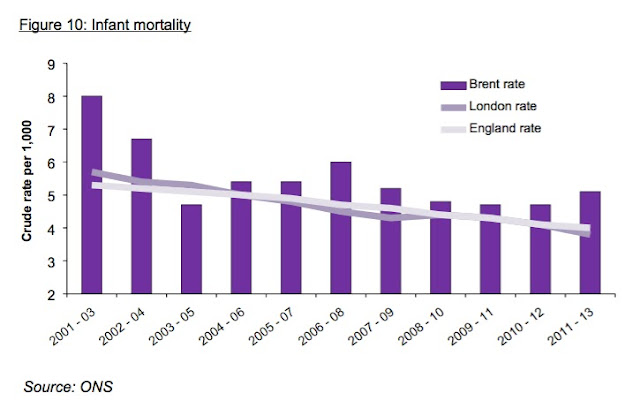 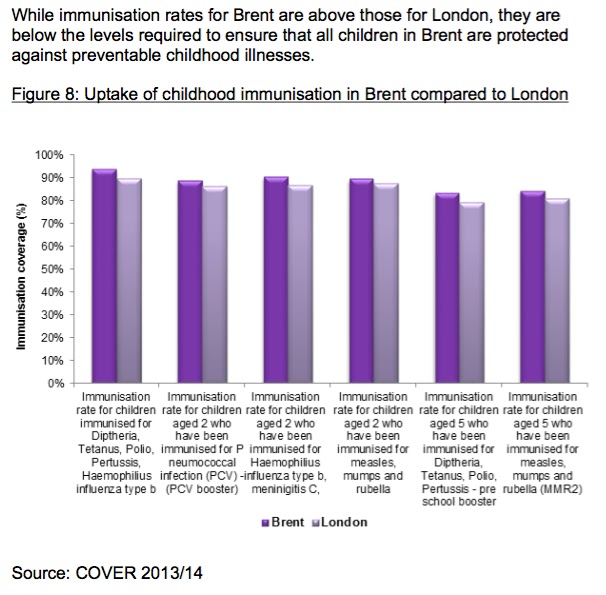 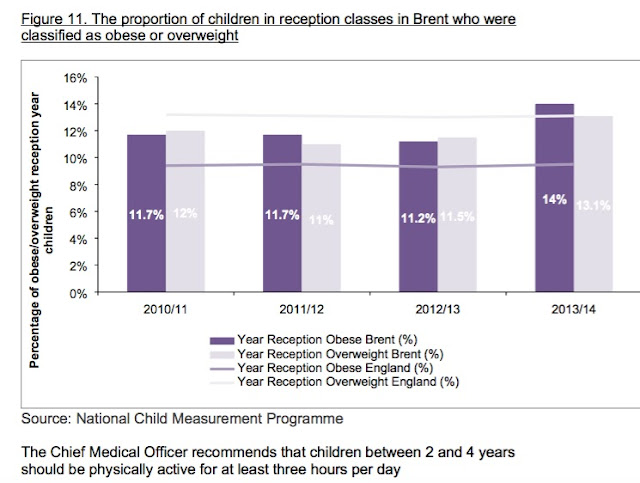 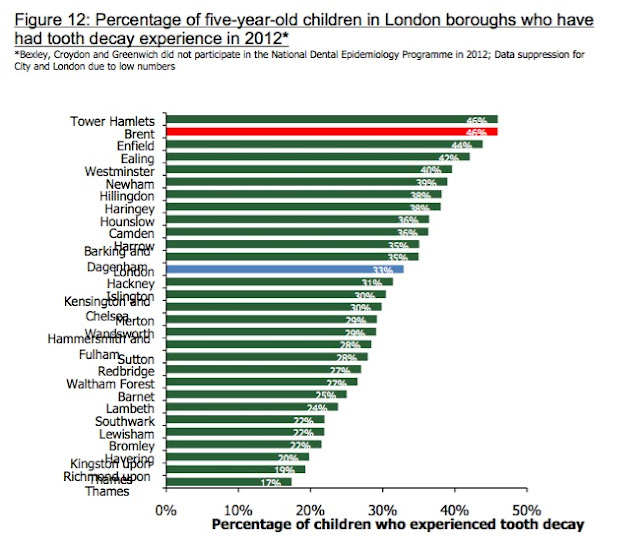 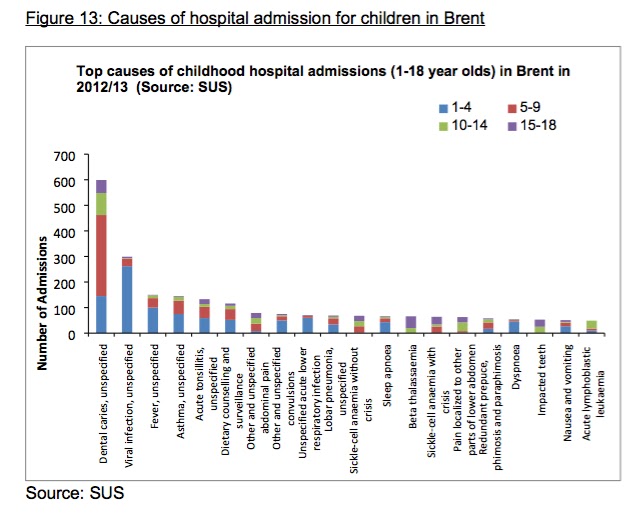 A further item on the Cabinet agenda is the commissioning of Health Visitor and Family Nurse Partnership and a promise to review current arrangemtns and consider future models. Clearly the School Nurse service should also be included in any review.
Posted by Martin Francis at 19:16:00