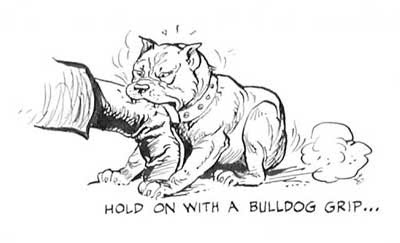 Councillor Duffy has responded to Brent Council's replies to his questions about the asbestos contamination at Paddington Cemetery with this email to Carolyn Downs, Brent Council Chief Executive:

Thank you for letter you asked Mr Whyte to send on your behalf. I will study it and deal with the questions around the events of 24th June and 30th November and contamination in general in a second reply as I need to get more information. However this reply will focus on how the waste got to Paddington Cemetery, which is the most crucial issue. Firstly I am delighted you have said "I can confirm that the AAC report was initially restricted for its consideration by the Committee in December. it has been publicly available on the council’s website since the last Audit Advisory Committee on the 10th January. I believe your decision to lift the restriction is a good decision for democracy and will allow an open debate around the report
As you know, until you published it, I was bound by the council standing orders not to reveal what was in the report. This was most frustrating as the report is flawed and omits crucial evidence. Only in Brent would a report that does not interview witnesses be acceptable. The report not only fails to interview anybody who witnessed the transportation from Carpenter Park to Paddington Cemetery (as they may tell a different story), it relies completely on what Senior Brent council officers say is true and does not seek relevant documentation.

As you know my allegations have always been the same since November 2017:

(1) The council knowingly/deliberate transported contaminated waste from Carpenters Park, putting the workforce and the public at unnecessary risk.

The report points out there were two known incidences of contamination in Paddington Cemetery.

The first one took place in 2011, where the council received supposedly top-soil from a waste contractor. A council officer called Mr A dealt directly with the contractor named as company XX. He did not seek additional quotations as the contractor XX (this is normal for Brent not to seek best value) had previously carried out work in Willesden New Cemetery. Instead, Mr A met the contractor on site and agreed a price and raised a work order from the contractor to supply" Clean Top soil."

While Mr A was off sick a Senior manager Mr F (rightly) challenged the workmanship of company XX and informed Mr A on his return to work that the company should not be used again. Mr F is now retired. Mr A however said the clay/soil was, he understood, to have been tested and no contamination was found. Bizarrely the investigating officer did not ask the name of the company who tested it or ask see a copy of the test results.

The second incident took place in Carpenders Park in August 2015, The work was being carried out by different contractor YY to carry out levelling work in section 3d in Paddington cemetery. Mr A was alerted to contaminated soil again .Mr A believed it to be (guessed it to be) "Asbestos cement", which he described as low risk. He removed some of the "Asbestos Cement"  and double bagged it and disposed of it to landfill and obtained a waste transfer certificate and the  remaining waste still contaminated  with asbestos fibres was transported to Paddington Old cemetery without a test being carried out to assert the level of contamination still within the soil this confirms the council knowingly transferred  waste to Paddington Cemetery knowing it to be contaminated. This is all confirmed at the bottom of page 6 and top of page 7 of the AAC report.
I assume the waste was then taken to the West London Waste Authority (WLWA) Site on Abbey road NW10 as we are a member of that waste authority. WLWA are required to keep Waste Transfer notes for a minimum of 2 years. So it is very likely they will still have copies and that information would be a basic requirement to any investigation Date, Weight, description but this obvious avenue was yet again not pursued by the investigator.

However the most bizarre thing I have ever seen in a report and after nearly forty years experience, I am still not sure I believe what i read. It was the statement from the investigating officer saying "Although dealing with contaminated land falls within the remit of the ( the council's) environment monitoring team they stated they would NOT pursue a criminal investigation against the the contractor should evidence of an offence under the Environmental Protection Act come to light." This is the Environmental team telling the investigator and the committee, whatever he then finds, it does not matter because environmental officers will not pursue it.

As I say, I welcome your decision to remove the restriction on the ACC Report and i hope it get a full airing at the public meeting, however I believe the publishing of the AAC report makes an Independent public investigation carried out by a Health and Safety expert( to reassure the public) inevitable. I believe the idea that issues in the public interest can be dealt with by a restricted special committee where the council mark their own homework and give themselves an A+  has to be challenged

I have only one question: Are you happy that the investigating officer did not seek relevant available documents and failed to interview key witness involved in the transportation of the asbestos contaminated waste to Paddington cemetery

An early reply will be much appreciated. I will also get back to you on the other two points later in the week. Namely,