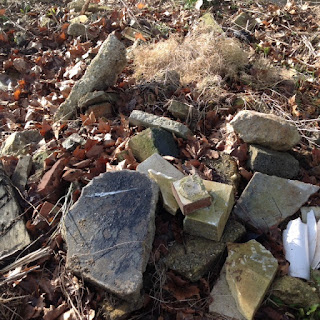 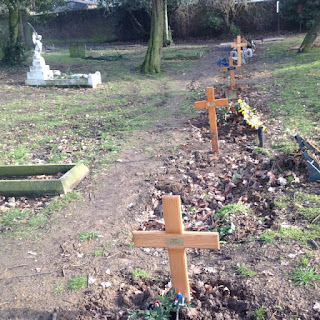 The Brent Senior Solicitor has written to Cllr John Duffy regarding Duffy's attempts to ask further questions where he feels officers' answers are deficient. Looqman Desai, the Senior Solicitor has told the councillor that officers will not deal with any further questions on issues that they consider dealt with and that any new questions must be dealt with via the Members Enquiries system.

Cllr Duffy has responded that this is disingenous and a way of ensuring his questions are not answered despite the Mayor's promise that officers would answer his questions. He has written to the Mayor, Cllr Chohan, with further questions:


Mr Mayor it is important you stand by what you told the full council and public at the full meeting and do not renege on it  and ensure the officers answer the  following questions or  instigate an independent  investigation by someone with Health and +Safety  experience to answer them.

(1) Will officers confirm that the soil / rubble was stored in a safe lockable area within Carpenders park  prior to its transfer to Paddington Cemetery and explain how the soil/rubble   was delivered into the lockable area and was the rubble purchased as top soil.

(2)  Will the officers confirm the Soil/Rubble transferred to Paddington Cemetery was the same as the Soil/Rubble that the 60 Kgs of waste was sent for disposal under a consignment note as Hazardous waste. If not where did the original contaminated load go?

(3) Will officers confirm that 60 Samples taken by Eton' Environmental Specialists on behalf of the council showed that17(27%) were contaminated by Asbestos and 57 (95%) were contaminated with builders rubble and do officers believe that the level of rubble is appropriate  for the burial of residents.If officers do not believe its appropriate  for burials  of residents why will the CEO and Lead Member of the Environment not consider compensating the relatives of the deceased for the inconvenience , anguish and uncertainty  they have been put through by Brent Council?
(4) Will officers confirm the last burial which took place on the mount by graveyard employees after the 30 KGS of asbestos was discovered. Will they also confirm that graveyard employees  were not given protective equipment the same as the private contractor. I understand the contractors workforce were instructed by Brent Council to continue to bury people without protection up to 21 days after the asbestos was found.

(5) Will officers confirm that workers were bused in on the 26th June to carry out work on the mound and those workers were given no protective clothing or special instructions. Will Officers also confirm the pictures I presented to officers depict workers raising dust on the mound without any protection for the workforce or any attempt to cordon the area from public access.

(6) Will the Head of Finance confirm the failure of senior officers to control the transportation of Hazardous waste to the Paddington Cemetery cost Brent Council over one million pound and provide a full break-down of costs including loss of revenue , cost so far and expected removal costs.

Mr Mayor I met a relative of one of the deceased buried on the mound, who wrongly believe I was a council official.He was upset and wanted to know how could the council allow people to be buried in builders' rubble. I could not answer him. I have attached a picture of the rubble that is thrown around the mound and a picture of Michael Bond's grave on the footpath to show the affect of the council's policy to use builders' rubble. (Above)

Mr Mayor what we are witnessing is abuse of procedures,where powerful officers are using a timetable to keep information from the  public. I  ask you  to stand up to officer and stop this deliberate abuse of  the Purdah period and ensure ALL  relevant staff  are interviewed ASAP and the results of those interviews are published  along with answers to the six questions  asked above before the 19th March, to ensure they are  not caught up in the Purdah period.

Mr Mayor it is important the concerns of the residents, parents and grave-owners are treated with the respect they deserve and dealt with ASAP.