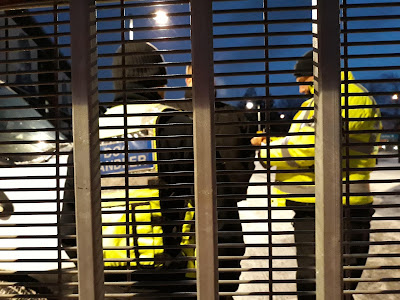 It appears The Village School governing body decided by a majority to support academisation to form a Multi Academy Trust at last night's meeting which which was marked by the extraordinary decision to deploy dogs to keep staff and members of the public out of the meeting.

This is the statement from the NEU released late yesterday:
HERE