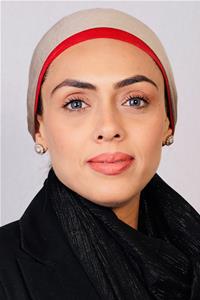 UPDATE: The Liberal Democrat Group has tabled an amendment to this motion HERE

The new Labour councillor for the new Wembley Hill ward, Ishma Moeen,  is moving a Labour backbench motion at  Full Brent Council on July 11th calling on the council to declare a Cost of Living Emergency,

Have set out the current situation affecting residents and measures the Council has taken it, focuses on demands it should make on the Government.

The only other Council action recommended is:  To conduct a full review into what the council can offer Brent families struggling with the cost of living emergency and ensure that the voice of local people is at the centre of its response.

I am surpised it does not mention support for the Brent Right to Food Campaign.

Leaving No One Behind: Declaring a Cost-of-Living Emergency

That Brent and its residents are struggling due to the cost-of-living crisis.

For many residents this will have been the most difficult decade they have ever experienced.


In April 2022, the Government increased National Insurance by 1.25%; this is projected to cost the average Brent resident an additional £295 per year.

On 1 April 2022 Ofgem increased the energy price cap by 54 per cent, with the average standard tariff energy bill set to increase by up to £693 per year.

Inflation is now confirmed at 9% with the fastest rate of increase for 40 years.

Inflation has been higher in London than the national average.


In the meantime, at least 25% of the people who work in Brent earn less than the real Living Wage for London. The LGA estimates that without adequate long-term funding the collective increase in inflationary costs faced by English councils this year will be £2.4bn, growing to £3bn in 2023-24 and £3.6bn in 2024-25.

Local councils up and down the country are the last line of defence in supporting residents during the cost of living crisis.

Figures show that over 5,000 residents presented at Brent Hubs in need of food aid between April 2019 to January 2022.


Between December 2020 and March 2022, the Council distributed £5.5m through grants to Brent residents, supporting the families of approximately 12,000 eligible children and young people with supermarket vouchers during each of the school holidays.

The Brent Resident Support Fund (RSF), has been in place since August 2020: it has supported 2,658 applicants with a total of £5.2 million in cash grants.

Many of the services we all rely on are in a state of managed decline, starved of sustainable funding.

Inflation is not going to come down overnight and the impact on our local services could be disastrous. In Brent, our council has already cut nearly £200m from our budget, severely curtailing the services offered to residents.

In our local NHS Trust there are over 50k residents on the waiting list for care.

Beneath the cost of living crisis, there is a mounting mental health crisis and a housing crisis that never went away.

The average home in Brent costs more than 16 times the average annual salary in the area, 9 times above the English average.

Given the seriousness of the situation this council believes it should speak with one voice to those in power and raise the alarm on behalf of residents across each and every one of our 22 wards and declare a “Cost of Living Emergency”.

To declare a “Cost of Living Emergency”.

As part of this, to call on the Government to take the following practical steps in order to help our resident’s incomes stretch further.

· To stabilise the foundations of our economy by providing emergency support for business, reducing their costs and limiting the price rises they pass on to consumers.
· To reverse the planned increases to National Insurance, protect our residents by reducing the burden of VAT on everyday goods; and increase welfare support in-line with the rate of inflation.
· To immediately use revenue from a windfall tax on oil and gas producers to help Brent families with their energy bills.
· To provide security for the winter and beyond by providing the financial support necessary to retrofit and insulate homes, while looking to the future with commitments to utilise more renewable sources of energy in the National Grid.
· To put in place a longer-term approach to economic growth and security, under- pinned by an industrial strategy.

To conduct a full review into what the council can offer Brent families struggling with the cost of living emergency and ensure that the voice of local people is at the centre of its response.

SOURCES OF COST OF LIVING HELP FOR BRENT RESIDENTS

Who is this person? And what do they want? Really meaningless rubbish motion.

Brent residents already know what to expect from these posturing hypocrites - the council climate emergency declaration covers up their destruction of the planet - this declaration covers up the trafficking of poor Brent residents to ‘I4B Holdings’ - (the Council’s private landlord operation) - properties in Luton, Milton Keynes, Banbury, and Slough?

They should be supporting the RMT in their fight for a wage rise and not trying to defeat them by opening up Fryent Country Park as a car park during the rail stroke. Shame on all the Labour Councillors, they should apologise to the RMT for their actions.