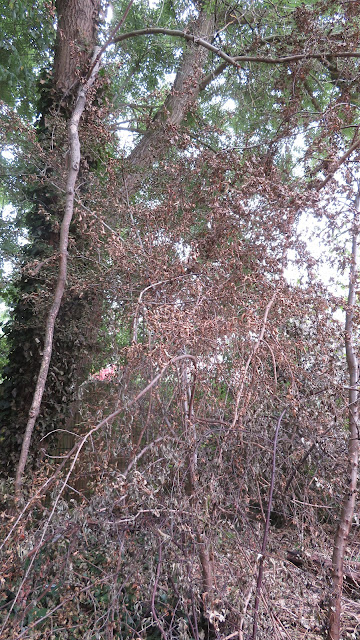 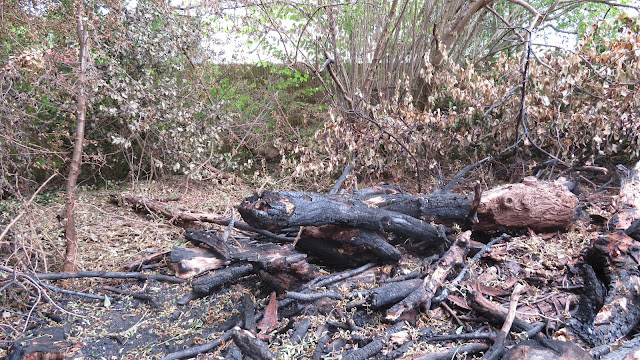 The proximity of the fire to garden fence 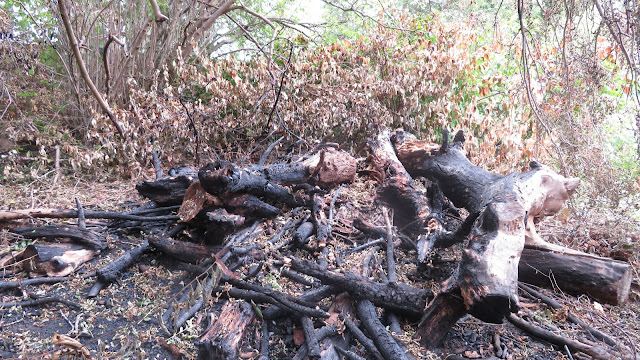 Timely action by the Fire Brigade prevented a vegetation fire on Barn Hill from spreading to the garden fence of a nearby property. The fire was during the recent hot period a day before the 'Extreme Heat' warning days.

The family at the property were out at the time but fortunately  the alarm was raised by neighbours preventing any serious damage.

Wembley Matters asked the Brent Fire Brigade for any information they have on the cause of the fire. It has been suggested that wood had been dumped on the site in addition to fallen trees.

Our fire investigators wouldn’t be sent to a small fire like this so we don’t have any details on the cause.

Firefighters were called to bushes and trees alight on Barn Hill in Wembley on 18 July.

The Brigade was called at 1954 and the fire was under control by 2018. One fire engine from Willesden Fire Station attended the scene.

The fire highlights the potential for serious outbreaks on Barn Hill and Fryent Country Park given the extremely dry vegetation.  Warnings have been issued on social media about the danger of dumped fuel from disposable barbecues igniting grass. 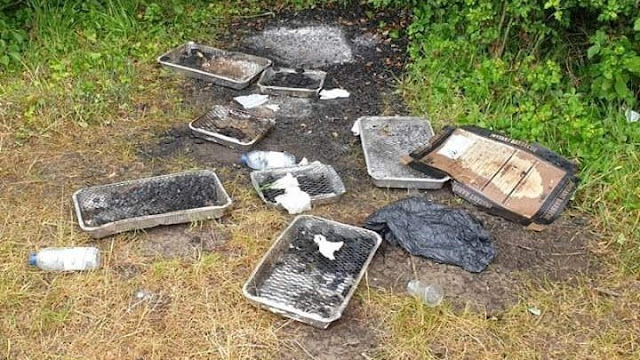 The London Fire Commisioner has highlighted the need for the banning of  disposable barbecues and issued this statement:

London’s Fire Commissioner is calling for a total ban on disposable barbecues following one of the busiest weeks in our history.

Disposable barbecues pose a significant fire risk if they are not put out properly, causing grass fires in open spaces and scorching the grassed areas. The dry spell has left grassland like a tinderbox and increases the chances of a fire caused by a disposable barbecue

We are also reiterating that people should not barbecue on balconies and during this exceptional dry spell Londoners should not have any barbecues or open fires in parks and public spaces.

London’s Fire Commissioner Andy Roe has already written to local authorities asking for a temporary ban on the use of barbecues in all public parks and open spaces. We're very grateful to councils which put bans in public places but now feels disposable barbecues need to be taken off the shelves needed to help prevent widespread blazes like last Tuesday.

Retailers, including Waitrose and Aldi, have announced they will no longer stock disposable barbecues because of the detrimental impact they have on the environment and wildlife.

Disposable barbecues also pose a health risk and heat can be retained for many hours after a barbeque has been put out. The Brigade is backing a petition set up by Toby Tyler whose son Will was severely burned by a disposable barbecue. The petition can be found here https://petition.parliament.uk/petitions/618664.

Commissioner Roe said: “Despite our grass fire warnings, we’ve still seen some people behaving carelessly and recklessly. On Saturday (23rd July) firefighters prevented a serious blaze at Wanstead Flats caused using a disposable barbecue. We need urgent action now to see a national ban on the sale of disposable barbecues. They can be bought for as little as five pounds and can cause untold damage, especially when the grass is as dry as it has been over the last few weeks.

“Last week is another example of how we are increasingly being challenged by new extremes of weather as our climate changes and we’re developing long-term strategies to deal with more incidents like this in the future.”