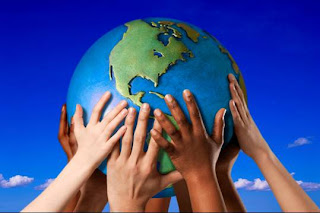 Brent North MP Barry Gardiner is one of the speakers at a public meeting on climate change on Thursday 10th November at Chalkhill Community  Centre in Wembley. The meeting, “Food, Floods and Climate Change:  Pakistan, Africa, Britain” is organised by Brent Campaign Against Climate Change and starts at 7.30pm.


The return of devastating floods to the Sindh province of Pakistan may be further evidence that man-made climate change is already a  life-threatening reality to millions of people around the world. The  terrible drought in East Africa, floods in Thailand, the drought that  has killed huge tracts of Amazonian rain forest, are the kind of extreme weather events that scientists predicted would occur with global warming. Although the poor in developing countries are bearing the main costs, droughts and floods in countries like Russia and Australia are pushing up food prices for us in Britain.

“This meeting will discuss the extent of the problem, what action Governments should take at the forthcoming climate talks in Durban, and what we can do to press for climate justice and future food security for ourselves and our children.”


It is not the financial crisis that is the issue most visibly affecting millions of the most vulnerable across the world - but food and oil price hikes and floods - already a result of the clash of climate change with business as usual.

A global agreement and action on this issue is not a luxury item but a basic need for many - vital for our wellbeing and that of future generations.'

Don't doubt that together when we stand up for justice it makes it difference - we can act ourselves to live within our planet's limits and raise our voices to start making a diference now. '

This is one of a series of public meetings organised by the Brent Campaign against Climate Change. The free event will take place at 7.30pm on Thursday 10th November 2011 at Chalkhill Community Centre, 113
Chalkhill Road, Wembley, HA9 9FX, across the road from Wembley Park tube station. All are welcome.
Posted by Martin Francis at 11:54:00