A fun day with a serious message for the Coalition 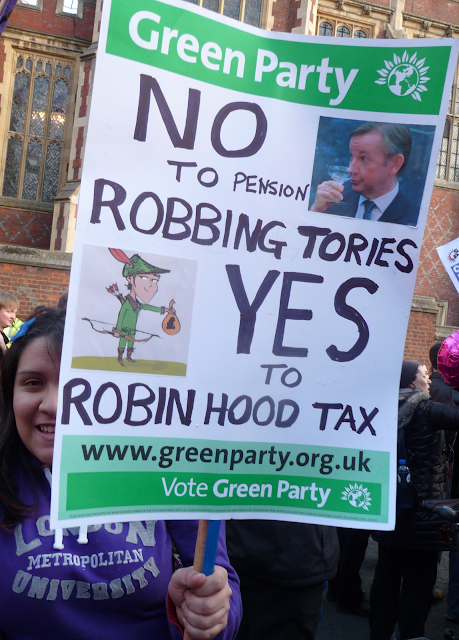 My home-made placard for today's National Strike disappeared at Lincoln's Inn Field today only for me to spot it later being sported by a young student. She was disarmingly unapologetic so I decided the fact that my efforts had been taken up so enthusiastically by the next generation  was a tribute to my artistic expertise!
The earlier rally at the Torch in Wembley had standing room only and with more than 50 Brent schools closed there was a great spirit of solidarity and some fantastic speeches. Labour councillors Janice Long and Mary Arnold were in the audience. The march itself was high-spirited, comradely and lots of fun with women in the majority. 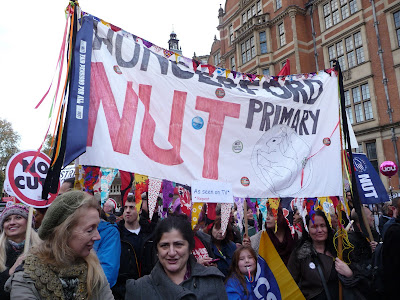 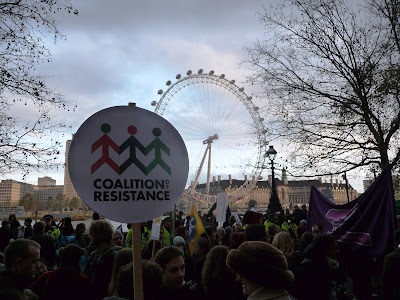