Now we are all free workers for supermarkets 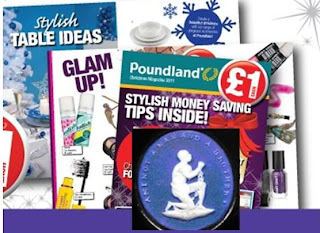 The Guardian recently publicised the plight of young workers forced to work up to 30 hours a week for no pay for Poundland, Argos, Sainsbury's, Tesco and other business. Ostensibly for work experience this does not necessarily lead to a job and can last for up to two months before others are brought in to replace them. If they express an interest, and don't stop work during a week's cooling off period, they are liable to lose their benefits if they leave.

But I'd like to focus how we are all becoming 'volunteer workers' for supermarkets. I always avoid  self-service checkouts because I think they take away people's jobs. Yes there's someone there at a bank of six automatic checkouts to help out - but that's not the same as six cashiers.

However I am finding it hard to exercise my choice of being served by a human being who gets  wage. At Wembley ASDA those people holding up a green pointing hand to show you to a checkout, also try and persuade you to go to the self-service checkouts - especially if you just have a basket.

I got into quite an argument the other day when the 'persuading' turned particularly pushy.  It turned into an argument about preserving jobs at a time of high unemployment and attracted quite a lot of interest.

But worse was to come. In the last couple of days I have been in shops where you can't exercise the choice at all as there was no cashiers at their desks at all.

At the Coop in Central Square there was just the self-service checkouts available and a single member of staff flitting about and available occasionally to help wrestle with the computer.  At Tesco in Neasden shopping precinct at 4.30pm in the afternoon there was just the security guard and shelf-fillers with customers all lined up at the self-service and having a one sided conversation with the robot voice: 'Unknown item in the despatch area' kept ringing out across the store. There was no one to help any elderly or confused unable to handle the technology. For the lonely one more source of human contact has gone.

We have become more free workers for profit-making supermarkets!