As the video above shows the Green Party and Brent Council are united in the demand that local authorities should be given back the right to build their own new schools in areas of need.  The current Coalition requirement that bans any such new build and instead states any new schools should be academies or free schools is based on furthering the Coalition's privatisation agenda.

It has meant that local authorities have to rely on free schools or academies setting up in areas of need to provide extra places, rather than being able to plan new schools themselves. T address the places shortage Brent has resorted to bulge classes in existing schools (an extra class for one year group that then moves through the school as a 'bulge'), fitting more children into an exisiting building with subsequent loss of shared rooms such as libraries and IT suites, addditional building on the site-often reducing play space, or 'satellites' - use of buildings some distance from the existing school that come under the management of the parent school.

These solutions can sometimes work but I am concerned that they may also be storing up problems for the future in terms of overcrowded school sites, lack of play space, and over-large primary schools catering for more than 1,000 primary age pupils. When satellites are beyond walking distance from the main school it becomes difficult, if not impossible, to include all children in the special events that build a shared ethos and sense of community.

The Brent Executive will tonight consider going out to consultation on a new school places strategy  that includes the above actions but also advocates working with free school and academy providers. At a time when the DfE has barred 14 academy chains from taking on more schools because of their inadequacies LINK and there has been a furore over restraint of children at a Harris academy in Haringey LINK that approach will need very careful consideration.

The desperation of Katharine Birbalsingh's Michaela Free School revealed by it advertising in a fried chicken shop window in Bridge Road, Wembley Park, does not indicate that free schools are what parents want for their children. 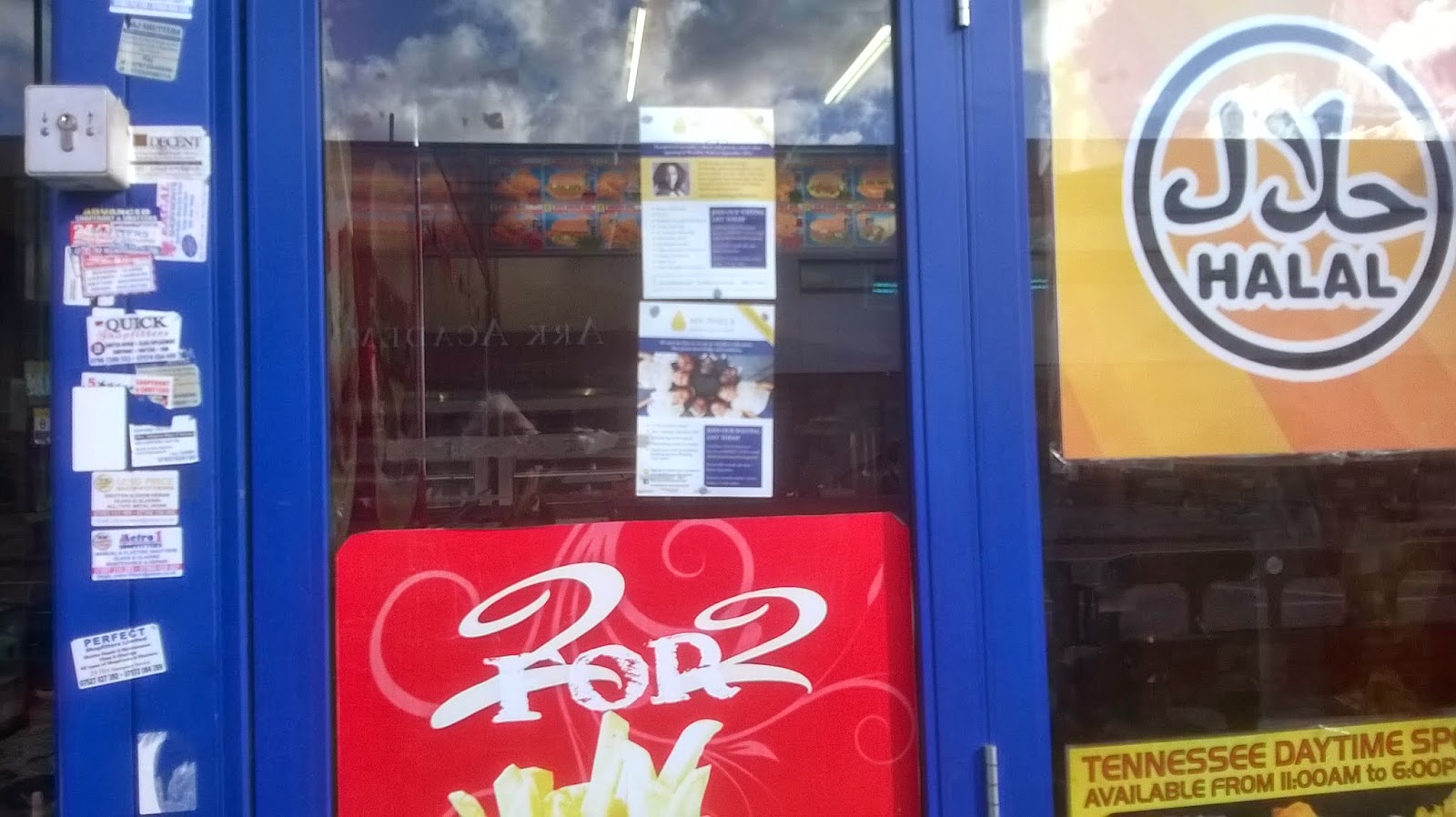 
Working with preferred promoters to open free schools is a means of reducing the call on council capital spend since the Education Funding Agency  will meet the cost of construction. The council’s Executive agreed in August 2012 a set of criteria for working with a free school partner. These are attached as Appendix 4. Where a site is identified as available and appropriate for a new school, a suitable promoter for a free school could be selected, using the criteria and an informal selection process used. This approach has been used in a number of London authorities, including Ealing, and can be used for the site which is definitely coming on stream in Brent, namely the Oriental City site.

It is less clear on the academies route:


The academy presumption route whereby the council would put forward a school proposal which it could advertise and promote to potential academy sponsors. Under this route, the council would supply the site and use its own capital to build the school.

This becomes a strategy:


We should develop local capacity to sponsor or promote new schools, working with academies in the primary sector

In the light of problems surfacing in academies and free schools this would mean the council providing the site and the cash for the building and then handing it over to a trust, charity or private company with no further control or oversight.

Obviously this is not  problem of the council's own making but the document does seem to make a virtue out of necessity, brushing over some of the issues I have discussed. In reality some school governing bodies have found themselves considering options for expansion or satellites that may provide extra places but could also impact on the quality of provision and education of chidlren currently in the school. Some have rejected requests to expand on this basis.

Ironically, if it were to use such a power, the council may find local authoirty schools converting to academy status in order to avoid what they see as damaging expansion.

The council lists a number of principles and then 21 strategies:

Principle 1: We should only undertake expansions with good or outstanding schools where leadership is secure.
Principle 2: We should promote federations between primary schools, both to address quality issues and to address the future viability of one form of entry schools
Principle 3: We should actively consider two-site schools and 5FE schools and 5FE schools where there is leadership and management capacity
Principle 4: We should develop local capacity to sponsor or promote new schools, working with academies in the primary sector
Principle 5: We should work towards the amalgamation of separate infants and junior schools
Principle 6: We should not currently seek to develop more all-through schools
Principle 7: The local authority should establish a joint body with schools which oversees school place planning and school organisation, monitors the impact of the plans and programmes and makes recommendations to the council, diocese or DfE.
Principle 8: We should expect expanded and re-structured schools generally to meet government guidance on space standards but be prepared to consider innovative design solutions to achieve this.
Principle 9: We should seek to minimise disruption to schools during expansion and support school leaders to manage the challenges.
Principle 10: We should continue planning primary places using planning areas.
Principle 11: We should consider expanding voluntary aided schools where there is local Brent demand, working with the relevant partners.
Principle 12: We should continue planning secondary school places on a borough wide basis, with analysis of how admissions policies can be used to maximise choice and intake to Brent schools
Principle 13: We should consider how community benefits from school facilities can be maximised when we expand or build new schools
Principle 14: We should consult with local communities as part of the planning process to minimise/mitigate the impact of new school developments.
Principle 15: We should build inclusive provision into expansion and new school proposals
Principle 16: We should improve accessibility for all pupils, ensuring that all our secondary schools are physically accessible.
Principle 17: After assessing educational suitability, schemes for expansion
or new schools should be judged in terms of value for money and deliverability
Principle 18: We should identify potential sites for new schools where there is no capital cost of acquisition on the basis of suitability and location
Principle 19: Where a site is identified, we should seek a partner who could apply to the DfE under the free school route, using the criteria already agreed by the council
Principle 20: We should explicitly adopt the DfE recommended 5% surplus places to enable choice and to reduce the need for temporary accommodation
Principle 21: We should be ready with contingency plans for temporary accommodation, given the population fluctuations in Brent.

The problems outlined in this article makes it even more urgent to put on as much pressure as possible for loacal authorities to be given back the power to plan and build new schools. They are best placed to know the needs of the local area and have the resources to plan on a rational basis.

Or you could argue that the school is doing some of its advertising where at least some of its target audience eat? It's a new school and needs to build awareness.