Yashika not to be deported today so fight goes on 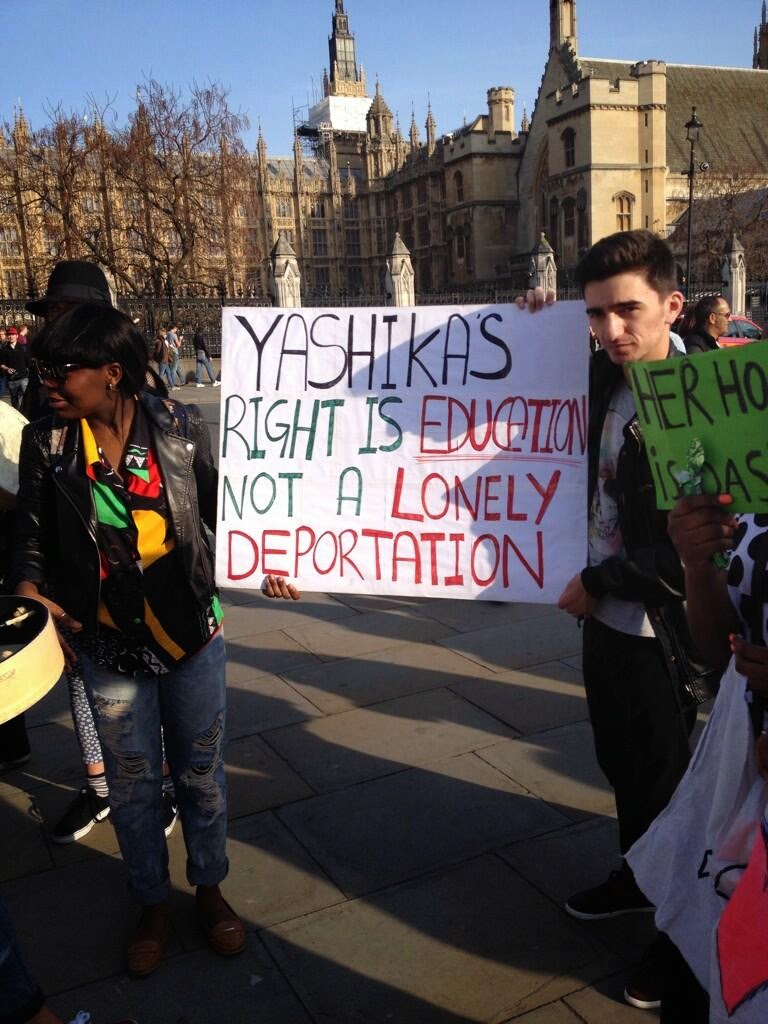 Lawyers representing Yashika Bageerathi, the 19 year old student faced with deportation, have been told she will not now be put on a flight to Mauritius today.  Yesterday her fellow students, teachers and sympathisers demonstrated in Parliamment Square against her deportation and there was a Twitter and phone campaign to persuade Air Mauritius not to accept her on the scheduled flight.

This is just a delay rather than a reversal of the decision to deport and Theresa May is still refusing to intervene in the case. The campaign has to continue for the release of Yashika the granting of right to stay.

It has been heartening to see, amidst the UKIP inspired ratcheting up of anti-immigrant rhetoric, how the school community at Oasis Hadley have risen up in defence of their fellow student, backed by staff, and gained support across the country.

It is important though to recognise that focusing on an indvidual has strengths in showing the impact of our immigration laws at a personal level, it is important to make the laws themselves a focus of the campaign. The emphasis on Yashika's 'star pupil' status and her bright future as a mathematician begs the question as to whether a run of the mill, or under performing student, would somehow not merit the support that Yashika has received.

Surely it is the issue of detention at Yarl's Wood, separation from family and deportation into a dangerous situation, and the legal framework which allows this to happen, that are important and should apply to anyone, regardless of academic achievement?

Meanwhile congratulations to the Save Yashika campaign for their success in stopping the deportation today and bringing the issue into the national spotlight.