A tale of two soap boxes at Brent Connects 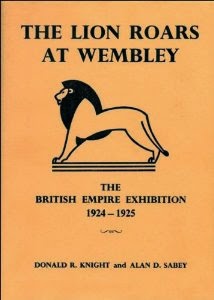 I was not able to be at the Wembley “Brent Connects” meeting on 26 March, but hope that the following “soapbox update” item which I sent in was read out:-


At the Wembley “Brent Connects” forum in October 2013, I asked for the support of local people, councillors and Council Officers to get a lion head from the former Palace of Industry building put on permanent public display for the 90th anniversary of the British Empire Exhibition. The meeting responded well to my “soapbox”, and I am pleased to let you know that Wembley will soon have its “Lion” again.

Volunteers from Wembley History Society and the Exhibition Study Group have worked together with Brent’s Regeneration, Heritage and Parks sections since last October. As a result of this, one of the lion head corbels will be placed on a concrete plinth at the new open space in Wembley Hill Road, opposite York House, by the end of next month.

The plinth will have a plaque donated by Quintain, the Wembley Park developers who gave Brent three lion heads from the demolished building. It will also have a panel giving details about the history of the British Empire Exhibition in 1924/25. This Exhibition, which helped to put Wembley “on the map”, brought people together from across the world, to get to know each other better.

I hope that today’s Wembley community, whatever their origins, will enjoy visiting this piece of our shared local history. From the end of April, please go and see it – take your families, take a picnic, and have your photograph taken with a “Wembley Lion”!

If you go between late April and 31 July, why not combine this with a visit to Brent’s BEE 90th anniversary exhibition at the Civic Centre.

I also hope that everyone at this evening’s meeting will note from this example that good things can happen when the Council works together in co-operation with interested local people. Thank you.

I was good to be able to report back on this example of “Brent Connects” helping to provide a positive result. It is part of the consultation system set out in Brent Council’s Constitution, to encourage local people to get involved in the way decisions are made. This time it worked, but things are not looking so good over another “soapbox” I gave at the Kingsbury and Kenton “Brent Connects” in February 2014
(http://www.wembleymatters.blogspot.co.uk/2014/02/respecting-brent-councils-constitution.html). When I received my invitation to the next meeting of this forum I had to reply as follows:

Thank you for your email, link to the minutes of the meeting on 4 February and copy of the agenda for the meeting on 9 April, which I certainly plan to attend.


Please note that there are some errors in the soapbox feedback section of the February notes on my item headed "Respecting Brent's Constitution":


Under "You Said" the text misses the main point of what I did say (see copy attached). I would suggest that this paragraph should be amended to:


‘Mr Grant quoted extracts on consultation from the council’s Constitution, and felt that the council was in breach of them. He gave one example of how staff at Museum and Archives had been restructured while consultation was in progress on a new Museum and Archives Strategy, which should have been completed before any restructuring. This was one of a number of examples of Brent's Officers ignoring what were supposed to be council commitments about consulting with the community. He said that he was writing jointly to the Council Leader and other party group leaders, asking them to work together to find a solution to this problem, so that everyone at Brent Council respected its commitments and worked together with local people for the benefit of the community.’


Under "We Said" it states: 'The Leader’s Office has responded to Mr Grant.'


It may be that the Leader's Office intends to respond to me before 9 April, but at the moment this should read: 'The Leader’s Office has not responded to Mr Grant.' I am copying this email to Councillor Butt, so that he can ensure that a response is sent in good time before the meeting.


In fact, the only written response I have received from any of the three party group leaders on the Council to the joint letter that I gave or sent to each of them was a copy of an email from Cllr. Paul Lorber to Fiona Ledden, Brent’s chief legal officer, on 12 February. He asked her to bring the matters I had raised about Brent Officers not respecting its Constitution to a meeting of the Council’s Constitutional Working Group, and to invite me to that meeting to explain my concerns in full.


Cllr. Lorber’s email was copied to Cllrs. Butt and Kansagra, but in the spirit of the group leaders working together which I had requested, it would have been better if he had asked them to support a joint approach to Brent’s Director of Legal and Procurement on this. As it was, she swiftly replied to the group leaders, with copy to me, that: ‘the Constitutional Working Group is not the venue for discussions with members of the public, or consideration of staff related issues, [and] I therefore feel unable to comply with the request.’


‘The Council is committed to involving the community through effective consultation and two-way communication.’ (Article 10.1)