If anyone out there fancies their chances (and there is an ex-councillor with time on his hands with very definite views on Brent Labour and democracy), I reproduce the application pack below: 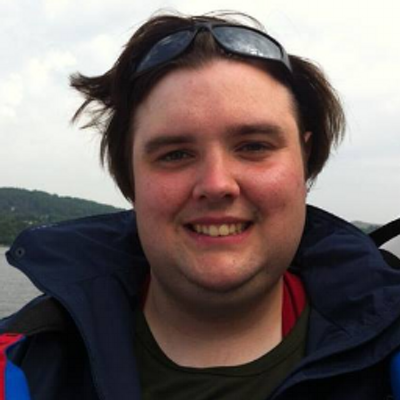 Coincidentally (perhaps), Lee Skevington, Labour's borough organiser, has according to highly placed Labour sources, decided not to extend his contract. Skevington has been popular with rank and file Labour Party members.

The departures leave quite a gap ahead of the General Election in nine months time. However influential Jim Moher remains firmly in the driving seat of Dawn Butler's Brent Central  campaign following Labour's AGM.

Brent Labour's need for good political advice became clear this week when the 'poor doors' issue hit national as well as local headlines. This segregation of private and affordable home tenants in the same block was justified by Margaret McLennan, lead member for housing and regeneration, on the basis that separate access was required to keep the service charges of affordable tenants down, but attacked by former Council leader Ann John as 'utterly ridiculous and dreadful'. Pete Firmin, also a Labour Party member and chair of Brent Trades Council, as well as a committee member of a local residents' association, said, 'It is outrageous and basically saying we are the privileged, keep out of our area.'

This controversy follows the revelation that a one bedroomed flat in the Willesden Green Library development, advertised in Singapore as 'benefitting' from having no social or key worker homes, was selling at £450,000.

I have sympathy with McLennan's point on service charges but surely this goes back to the planning stages of mixed developments and their marketing, when the private service charges could be set to subsidise affordable housing service charges.

It is worth noting that Muhammed Butt has refrained from commenting to the Kilburn Times and has not responded to Twitter requests for his reaction.

Former Ann John supporter, James Powney, has continued to raise issues about democracy in Brent on his blog and the need for proper scrutiny. In a recent posting he was critical of the budget process by the current leadership LINK:


I fear that Brent Council is just going to float along without proper planning, until suddenly the money simply isn't there and panic cuts have to be implemented.  When that happens, councillors cease to exercise any sense of priorities and simply try to balance this year's books, until they go through an even more difficult exercise next year.

Not exactly a vote of confidence in his Labour colleagues.

Today  LINK  Powney commends the nine Labour councillors who called the £40 'Garden tax' in for scrutiny at Wednesday's Scrutiny Committee but contrasts the current changes with 'the thoroughness of the last major change in Brent's recycling arrangements four years ago'. He was, of course, lead member for the environment four years ago.

Elsewhere, on Twitter, James Powney has been involved in an exchange about the police investigation into fraudulent emails supporting the Kensal Rise Library development. Brent Council itself instigated the investigation with Muhammed Butt initially insisting that the issue should be thoroughly investigated. Lately the Council has granted planning permission and the council does not appear to be pursuing the matter. Powney, who still has the twitter handle @CllrPowney was accused of wanting to drop the investigation.

The police investigation is not the only unfinished business carried forward from the last administration.

The previous Labour adminstration extended Christine Gilbert's contract as Interim Chief Executive until after the May elections. Fiona Ledden's report advocating this at the time cited a smooth transition to the Civic Centre, managing the local elections, and safeguarding of Brent's reputation, as well as prevailing market conditions for LA CEs as reasons for keeping Gilbert on.

Now, three months after the election, Gilbert is still in post, with no sign of any recruitment process. She is currently on holiday and Andy Donald is standing in as Acting Interim Chief Executive.

Ledden's report (with Cara Davani of HR fame as the other contact officer) adopted by the then Brent Executive stated: