Too much concealed in Copland plans to make a judgement 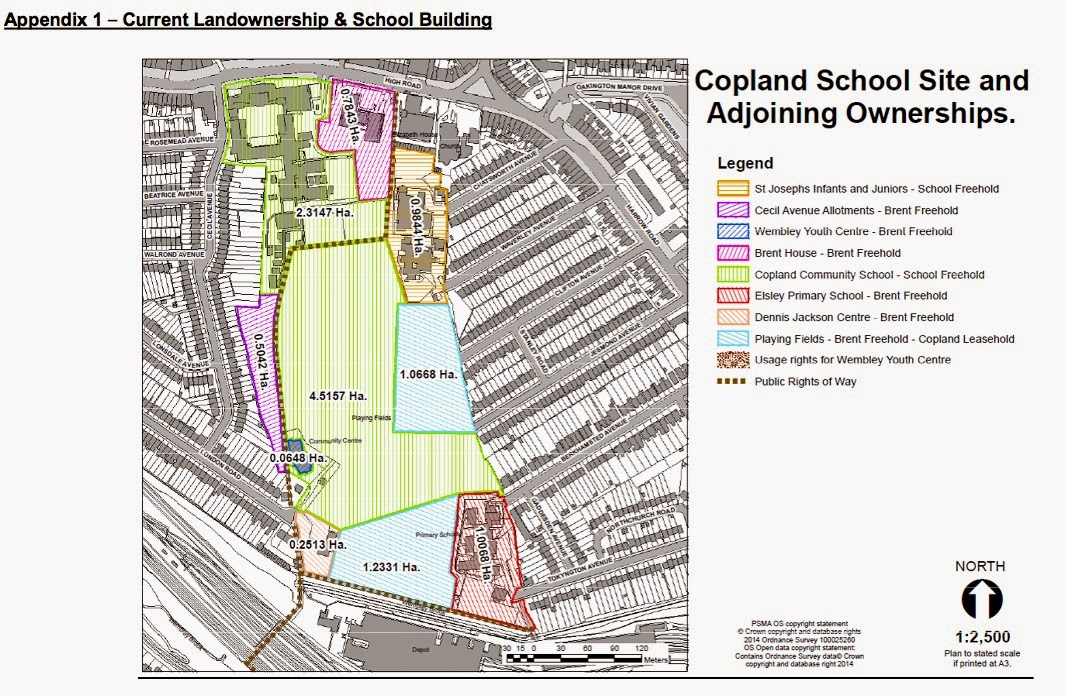 The Brent Cabinet on August 26th will receive an update on plans for a new school on the Copland site following its takeover by Ark Academies.  Frustratingly, many of the references in the report to detail in appendices are unavailable due to the following statement:


Note for publication ('below the line')
Appendices 2 (EFA option plan), 3 (Brent option plan) and 4, 4A and 4B (commercial matters) are Not for Publication.

The EFA Option (Appendix 2) is the plan for a new school from the Education Funding Agency and Appendix 3 is Brent Council's own plan.

The fact that they are confidential means that backbench Labour and opposition councillors are unable to compare the plans and reach an informed view, and the same goes for local residents, the local press and this blogger.

The report states that a new school could be provided within the current school's footprint but claims, 'this could result in a sub-optimal solution and will entail considerable disruption to the learning environment during the two year construction period'.

It adds, 'The EFA's objectives have firmly focused solely on delivering a new school at minimal development costs, whereas Brent officers have been keen to ensure delivery of the Wembley Area Action Plan and a sustainable locally well integrated new school design with connectivity to the local community'.

The Brent design would mean loss of playing field space which would require the approval of the Secretary of State and relocating a public right of way that currently dissects the school playing fields.

The report says that the EFA option would result in a reduction of redevelopment/regeneration land at the High Road and claims that the Brent option would give the benefit of a..


...new and expanded (additional one form of entry) secondary school and an expanded primary school (Elsley will double in size to 4 form entry) along with new homes (including affordable housing) retail, commercial and community floor space in line with the ambitions of the Wembley area Action Plan. The transactions may generate a capital receipt that will help offset the costs of this proposals as outline in appendix 4 (which we are not allowed to see), some of which will be incurred irrespective of whether the freehold transfer proceeds or not.

A new school building is certainly required at Copland, and has been for at least a decade,  and so of course is affordable housing. However the link with commercial development, office and retail along the High Road, leaves me a little uneasy. Is the commercial tail wagging the educational dog?

By which public servant's diktat can important public information be declared 'Not for publication' to the public involved, for God's sake?
Anyone have any useful election-time quotes from Butt or any other members of the 'cabinet' on transparency, open democracy, informed electorates, local engagement and the like?

Denselow made a lot of claims about consultation. Worth googling.