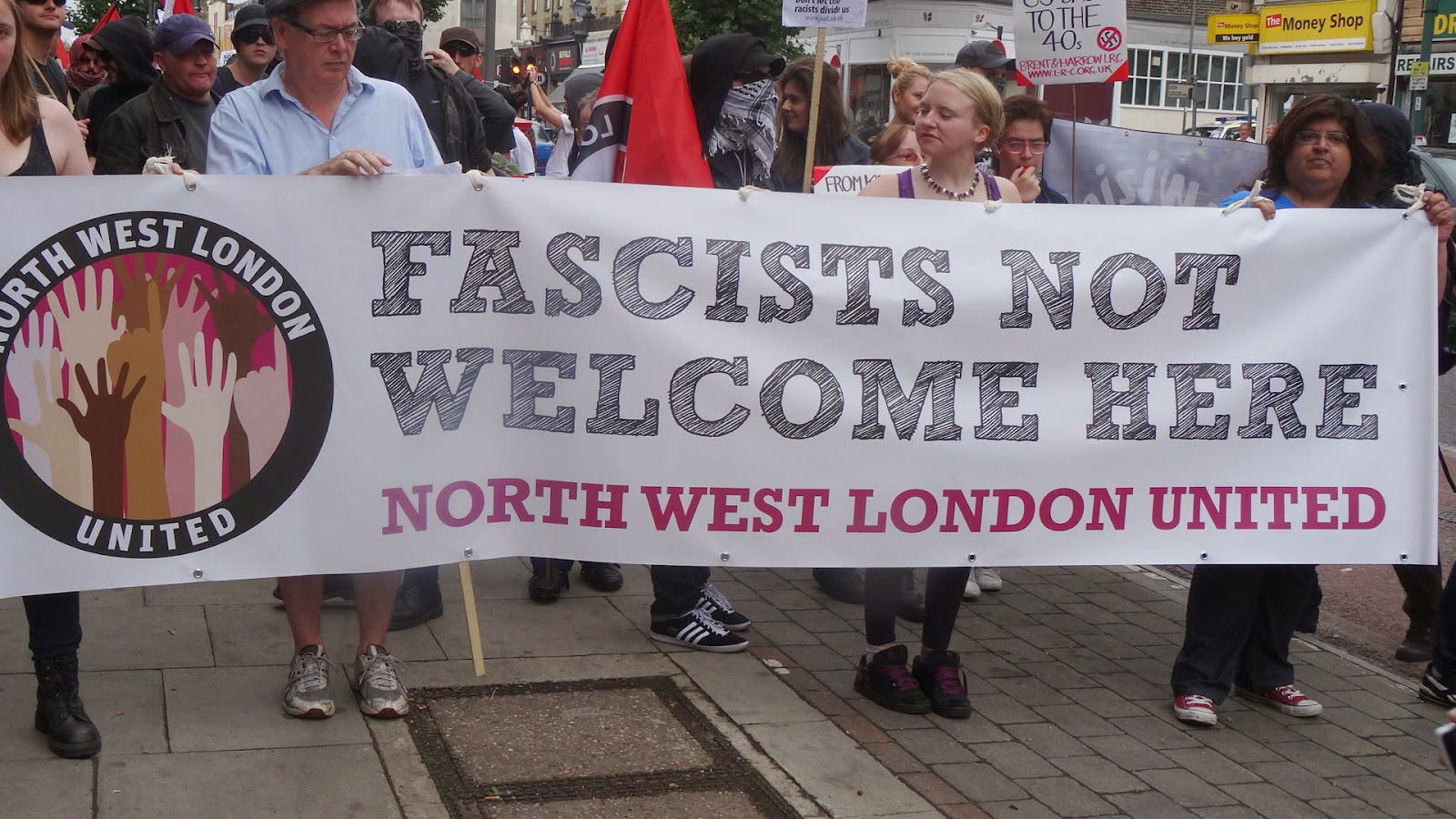 The SEA (South East Alliance - AKA Silly Extremist Amateurs) have announced that they are coming to Cricklewood again on August 30th.

Despite being told by police, local residents and shopkeepers that the offices above the modest Cricklewood Broadway shop that they have targeted never did belong to the Muslim Brotherhood, and that the tenants have moved away, the SEA still claim they are protesting against the MB.

Really they are trying to sow seeds of division and mistrust  in a community that on the whole gets along well together and can do without daytrippers from Essex ,with nothing better to do on a Saturday, stirring things up.

On that occasion the SEA Alliance  mustered, at the outside,  only 15 supporters and despite their bluster were clearly embarrassed at their lack of support. When they tried to characterise being kept in their 'pen' surrounded by police as a victory even one of their own supporters suggested on Facebook that they weren't facing up to their failure.

So why organise united community support against such a small,  rather pathetic and deluded group?

The answer from North West London United is that despite this all being true, they represent a dangerous set of ideas and assumptions as can be seen on their Facebook site LINK  They are vehemently anti-Muslim and  have links with extreme groups such as as the English Volunteer Force and the Scottish Volunteer Force.
The local community and tradespeople on Cricklewood Broadway have felt threatened and trapped in their homes and shops when the SEA came to Cricklewood before. That it is why it is important to stand up to them and thus also stand in solidarity with the local community.

Say No to Divide and Rule.

'Fascist' is rarely a compliment, but a brief look at the Facebook page of this bunch of knuckle-draggers will confirm that, in this case, Martin, it probably would be.