Following the Brent Planning Committee's decision to approve the expansion of Byron Court Primary School to accommodate more than 1,000 children, Barry Gardiner, the Labour MP for Brent North, has asked the Secretary of State for Communities and Local Government to call in their decision and recommends its overturn on the grounds that it sets a dangerous precedent for planning applications for similar sized schools and that the application has not been made in compliance with the National Policy Planning Framework (NPPF).

The Planning Committee is statutorily independent of the Council but Gardiner's decision marks a significant moment in his relationship with the Council.

Below you will find Gardiner's letter to residents and his letter to the Secretary of State. 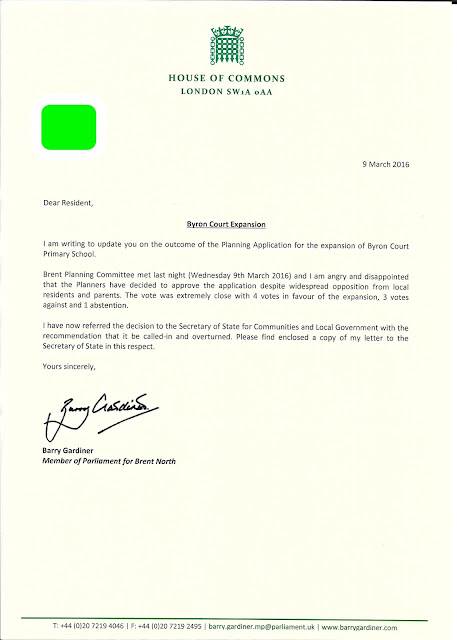 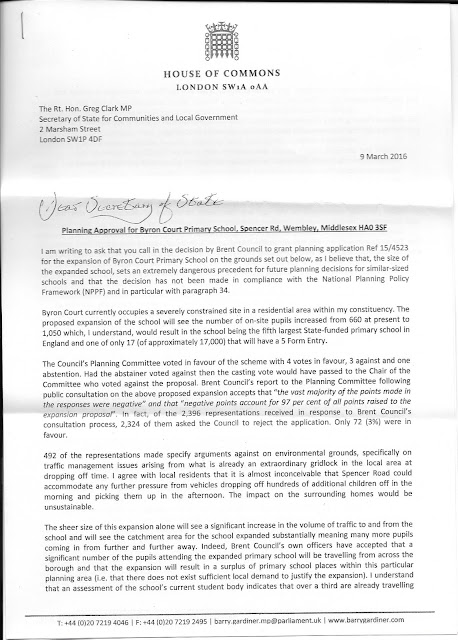 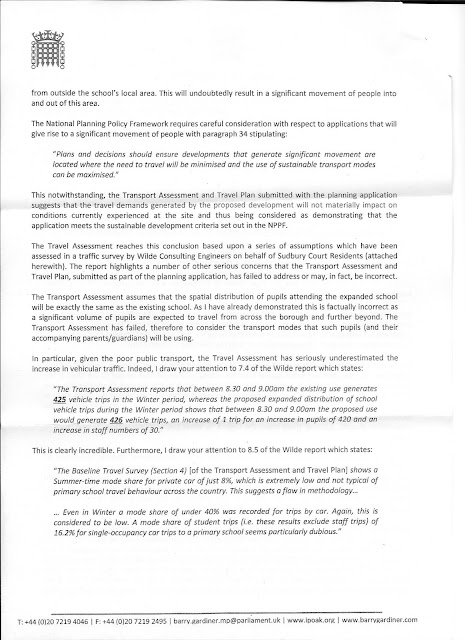 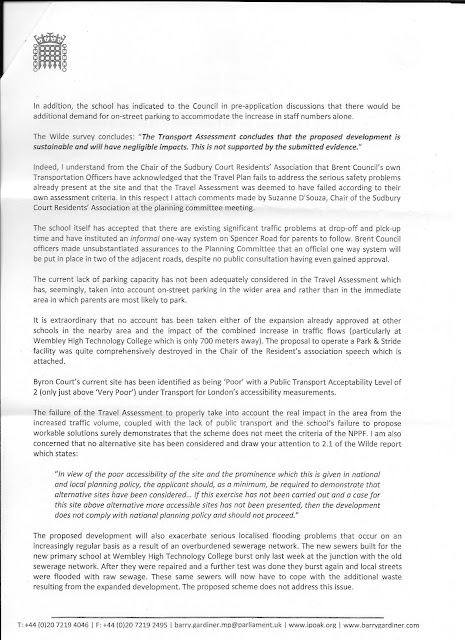 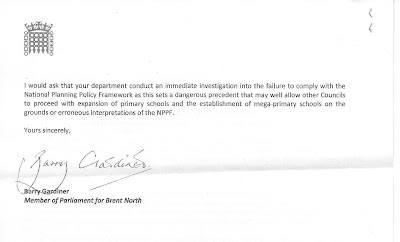 After criticising Barry Gardiner for his actions (and lack of them) in a comment on blog about Labour's failure to support Caroline Lucas's NHS Bill, I added the following:

'I need to qualify my statement that Barry Gardiner 'does not give a damn for the views of his constituents'.

Another blog above [LINK to this blog] shows that he does 'give a damn', and quite rightly, for the sensible views of Sudbury Court residents over the flawed decision of Brent's Cabinet (supported by a tiny majority of Brent's Planning Committee) to expand Byron Court Primary School to five form entry, when the size and location of its site make this a totally unsuitable development.'

As well as commending our Brent North MP for his action on this issue, I am sure that we should also commend local councillor, Keith Perrin, and the Sudbury Court Residents' Association (particularly its Chair, Suzanne D'Souza) for their efforts to stop this ill-conceived school expansion.

Although extra Primary School places are needed in the borough, the Byron School site is the wrong location for them. If Brent Council goes ahead with its plans, it would blight this area, and the lives of its residents and the school's pupils, for decades to come.