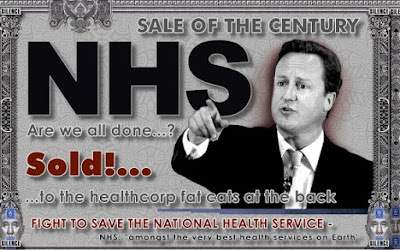 Like other constituents in Brent North I have written to Barry Gardiner MP to ask him to support the NHS Reinstatement Bill when it is debated on Friday afternoon. I think most constituents would be understanding if he were to cancel his regular surgery in order to do something as important to the people of Brent as  help ing Save the NHS from current Conservatove attacks. Has anyone had a response from Dawn Butler or Tulip Siddiq?

Thank you for your recent correspondence asking me to be in the House of Commons for the second reading of the NHS Reinstatement Bill 2015 on Friday 11 March.

I very much regret that due to existing constituency commitments, I will be unable to be present. I am holding one of my regular surgeries for constituents this Friday, but I thought it would be helpful if I set out my views on the Bill.

As you may know, this Bill was introduced as a Private Member’s Bill last summer and as such, it is subject to the constraints associated with the parliamentary timetable. Even if the Bill were to receive its second reading this week (and there is no guarantee that it will even be debated), there is little prospect of the Bill becoming law in this session due to a lack of parliamentary time.

I am supportive of the overall objectives of the Bill. In particular, I support the principles behind duties outlined in Clause 1 of the proposed Bill – namely restoring accountability to the Secretary of State for the delivery of health services and the requirement that a comprehensive health service continues to be provided free of charge at the point of use.

The encroaching privatisation of the NHS must be halted and decisions about NHS services should never be called into question by any international treaties or agreements, such as the Transatlantic Trade and Investment Partnership (TTIP).

However, I am concerned that some of the other parts of this Bill would require another wholesale reorganisation of the health service. The recent top-down reorganisation of the NHS, brought about by the Coalition’s Health and Social Care Act 2012, threw the system into turmoil, cost over £3bn and eroded staff morale.

So whilst I support the broad objectives which lie behind this Bill, I am concerned about the scale of structural change and costs associated with any further major reorganisation of the NHS.

If the Bill were to proceed, I would want to see it amended so that it avoids the problems of a further reorganisation but implements only its key principles.

In line with our manifesto commitment at the last election, Labour is already committed to repealing the competition elements of the Health and Social Care Act 2012, and ensuring that patient care is always put before profits, and collaboration before competition.

Thank you for taking the time to contact me about this matter.

I received an identically worded reply from Barry Gardiner on the same subject! This is the response to it that I sent him (before reading Martin's latest blog on this subject above):-

Thank you for your reply.

I note what you say, although I am disappointed that you could not have arranged, or re-arranged, any appointments with constituents which you may have had for your Civic Centre "surgery", so that you could attend the Commons for the second reading of this Bill.

If, as you say, 'Labour is already committed to repealing the competition elements of the Health and Social Care Act 2012, and ensuring that patient care is always put before profits, and collaboration before competition', then why is your Party not supporting a Bill which could help to bring that about? Best wishes,

At a time when what is required is clear principles, clearly stated, this is pathetic. If nothing else, Caroline Lucas's bill will generate publicity for the very simple point (which is probably news to most of the general public), that taking accountability for the nation's health away from the health secretary is part of the mechanics of flogging off the NHS. Why does the Labour party seem to be incapable of taking simple facts, simply expressed (like this one but also that local councils are not allowed to build local schools) and flogging away at them until their iniquity is apparent to everyone.
What we get instead is this kind of timid and obfuscatory crap so that the point gets lost in the dithering waffle.
Enjoy your surgery, Barry. (Talking of which, you've presumably got good solid reasons for not wanting to rush into supporting the junior doctors either).

It appears (shock horror) that Labour politicians are misleading the public again, unless John Mcdonnell's office knows the timetable of each and every MP that is. Details here -> https://calderdaleandkirklees999callforthenhs.wordpress.com/2016/03/10/john-mcdonnells-office-tells-labour-mps-not-to-vote-for-nhs-bill/