Will Momentum cause some friction at church today? 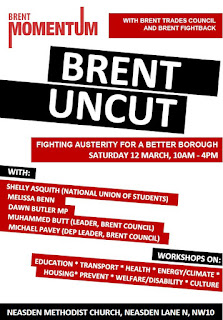 The conference at Neasden Methodist Church today organised by Brent Momentum, Brent Trades Council and Brent Fightback will be a test of the extent to which the recently formed Momentum Group is able to reach out to local grass roots campaigns and non-Labour activists.

Originally billed as 'Is a better Brent possible?' it is now 'Brent Uncut', which as I've pointed out before is a bit of a joke given the swathe of cuts Labour Brent Council has made. The leaders of the council are listed as speakers.

Momentum is responding to a challenge to his followers by Jeremy Corbyn to have a dialogue with councillors on how they can challenge austerity and local government cuts - although remaining 'legal' of course.

Today's programme is ambitious and it will interesting to see how many people turn up on a grey Saturday morning in Neasden.  I will be raising the Green Flag. 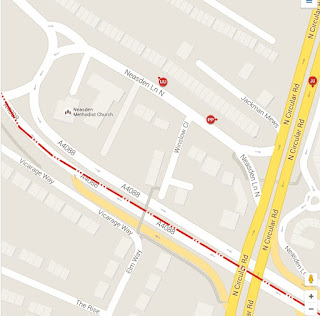